Yet another proof of AMD’s yet unreleased Radeon RX 590 has been found. PowerColor is set to launch new Red Devil graphics card based on RX 590 SKU. The 8GB GDDR5 memory configuration appears to be confirmed by product code listed at EEC.

The certification is the last process before new cards reach the market. Based on what we have been seeing in the past is very likely that RX 590 will indeed launch in a few weeks. 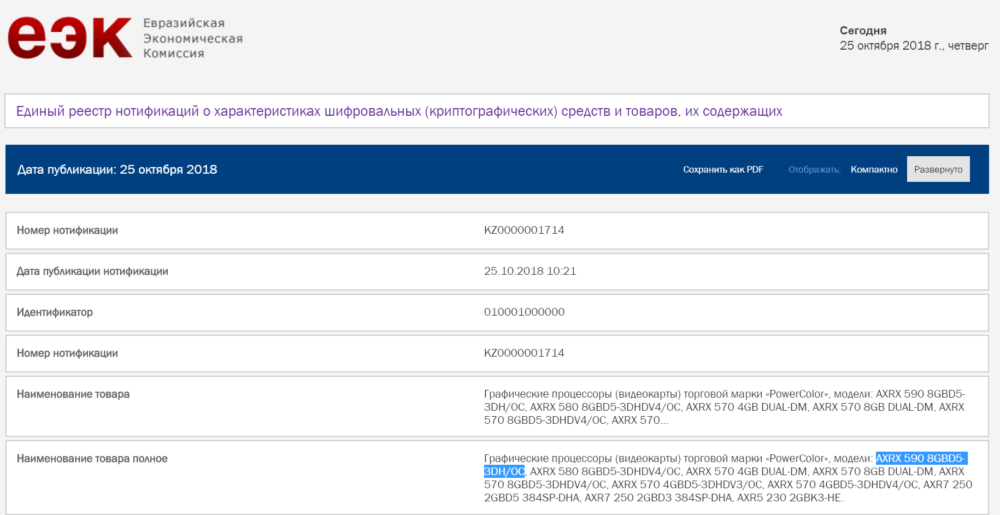