PowerColor is teasing its new Radeon RX 580 Red Devil. This is in fact, the first official picture of an RX 580 board design.

We are looking at upgraded VRM for higher clock speeds. The Platinum Power Kit would include Dr.Mos and top of the line Digital Power. Similar to RX 480 it has 6-phase VRM. At the top left corner of the board, you can see a BIOS switch to change between OC and Silent modes.

This PCB is likely to be used by Red Devil and Red Devil Golden Sample. The latter is rumored to feature 1400+ MHz clocks. 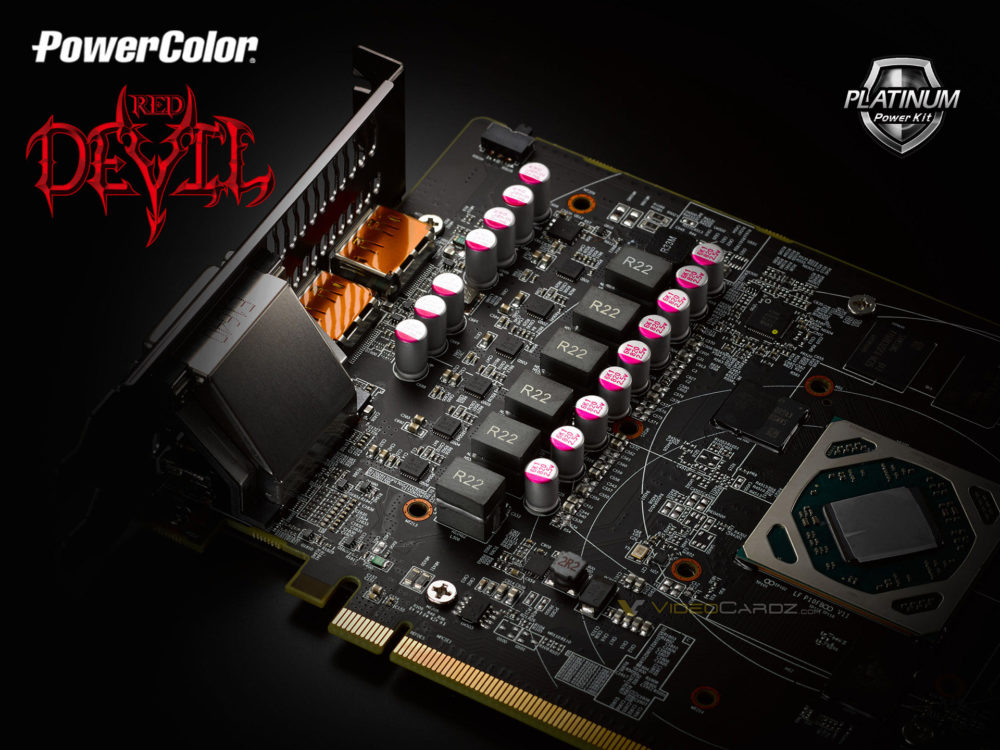