PowerColor is been busy promoting its upcoming Red Devil series, the flagship custom designs coming to AMD Radeon RX 6800 series. The company has released a few teasers in the past, but today we get the first glimpse of the actual card (not a render).

The Red Devil will feature a full metal backplate with a LED illuminated Red Devil logo. We can also see that the cooler extends a bit beyond the length of the graphics card.

Based on the previous teasers, the RX 6800 XT Red Devil is expected to be a triple-slot and triple-fan design. The color scheme should be similar to the previous generation with black and dark grey parts illuminated by LEDs.

AMD Radeon RX 6800 XT will launch on November 18th for the price starting at 649 USD. The custom Red Devil will launch later, as these designs have a different embargo than reference models. The graphics card is naturally expected to cost a bit more than AMD MSRP. 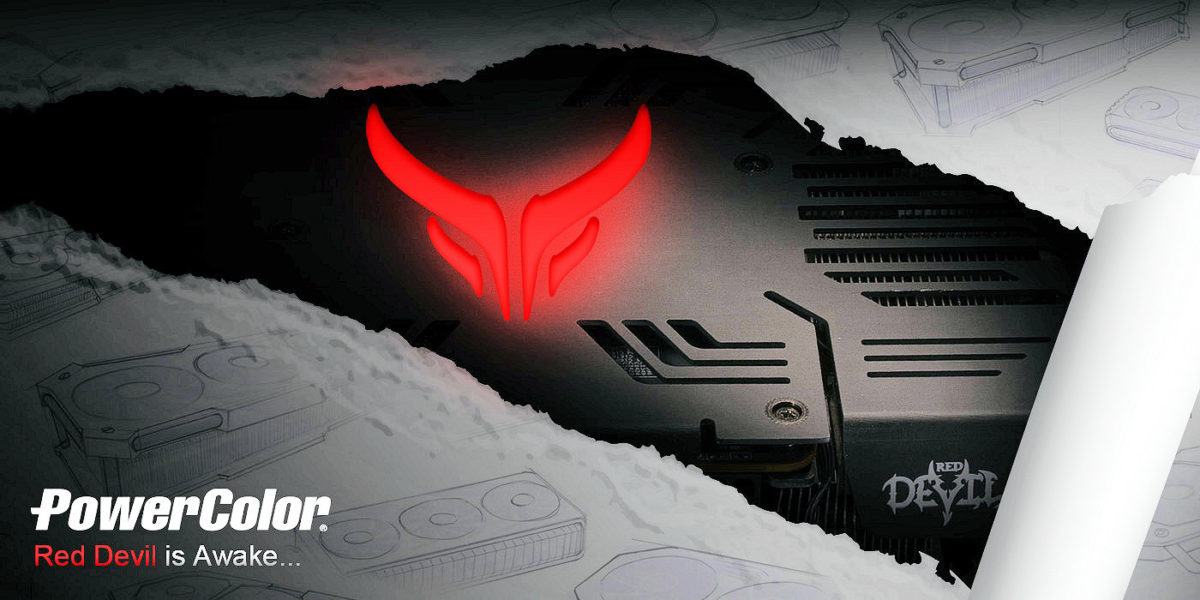 The graphics card design has already been shown in a promotional video earlier: