Better check if your PowerColor card still has adhesive covers on

The graphics cards assembly at PowerColor/TUL made a small mistake by shipping its Radeon RX 6700 XT still with thermal pads covers in place.

With the crazy number of graphics cards shipping, it is natural to expect simple mistakes to be made, but is leaving adhesive covers on the GPU cooler a small mistake? It certainly could have resulted in much less predictive GPU behavior. Fortunately for the user, he noticed that there are blue covers sticking from under the cooler, but rather than return the card, which could have taken ages to be replaced, the user risked voiding the warranty by removing the cooler himself. Only to discover that thermal pads are still covered. 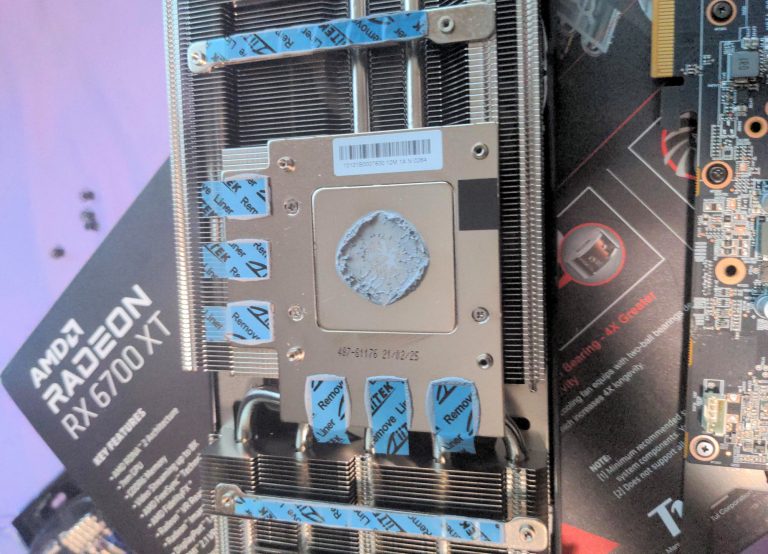 As noted by Igor Wallosek, the mistake could have originated at the OEM factory that makes the coolers for PowerColor. They ship with the thermal pads already installed. Someone at the PowerColor factory must have simply forgotten to remove the covers. What is hard to understand is that the card still left the factory after final inspection and testing.

There is a slim chance that other users may encounter this problem, which is why we are reporting on it. Graphics cards with adhesive covers still on will likely work, but the cooling efficiency won’t be as good as advertised. Well, in any case, it seems that PowerColor must have overestimated how much the PC gaming community loves to remove protection stickers.