PowerColor becomes the first company to officially showcase its custom Radeon RX 6700 XT graphics card, the new upper mid-range model that will be announced later today by AMD. This model will feature Navi 22 GPU and 2560 Stream Processors as well as 12GB of GDDR6 memory. It is likely a competitor to GeForce RTX 3060 Ti model from NVIDIA.

So far we have been able to confirm that the card will feature a single 8-pin and a single 6-pin power connector by default. Many board partners will offer the reference design with such specs. More advanced models such as the upcoming RX 6700 XT Hellhound will feature dual 8-pin power connectors, indicating that we are looking at the Navi 22-A SKU with increased TGP.

PowerColor RX6700 XT Hellhound will be kept in a new color scheme, compared to Red Devil and Red Dragon. PowerColor’s iconic reddish elements will be replaced with aqua blue. In fact, some elements on the teaser appear to be LED illuminated with this color.

It is unclear if AMD will allow board partners to showcase their designs later today, but one would guess that we might see more teasers today from other manufacturers. 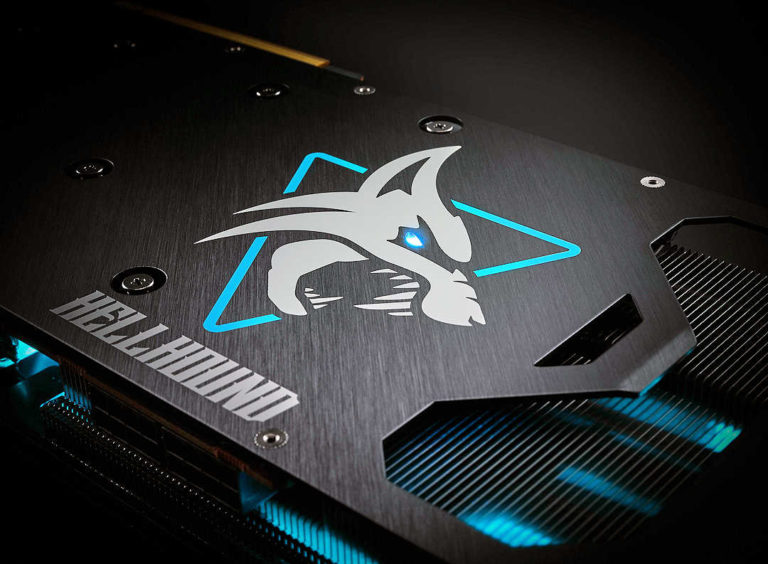