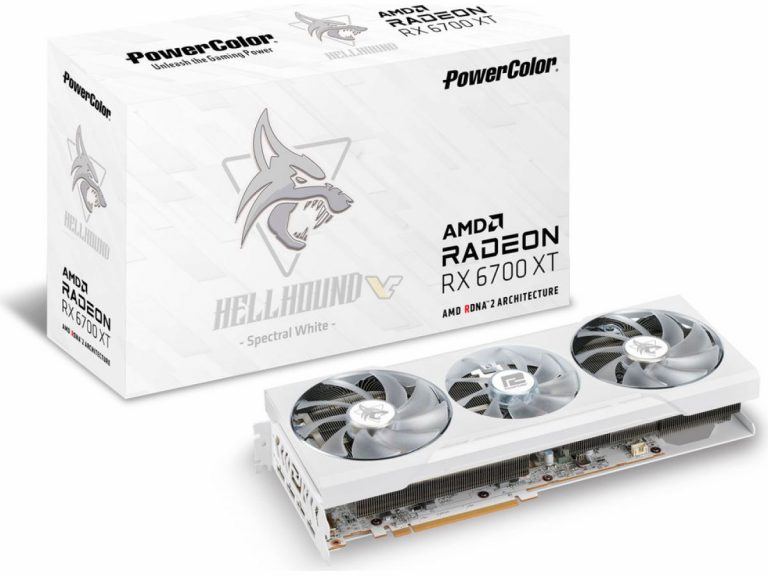 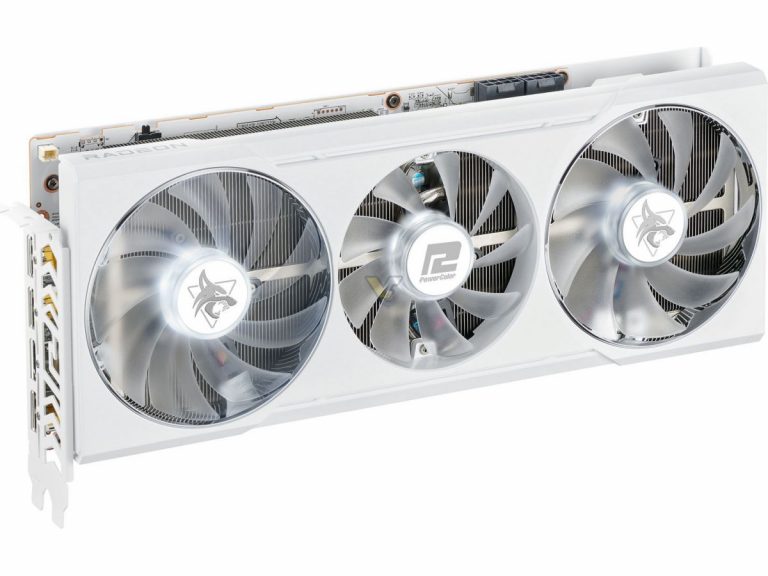 The popularity of white graphics cards is certainly growing, as more and more brands are noticing that gamers want something different. After numerous attempts to differentiate their designs from other brands, we are observing a trend where most cards end up being black and silver with the optional RGB lighting that serves as a differentiator. At the same time, a new trend is emerging where some cards are being relaunched in a new white color design. Manufacturers tend to just replace the cooler shroud and backplate, which is certainly an easy and cheap thing to do. Only a few brands offer white PCB designs, which are of course more expensive to make as they require a separate production line.

The PowerColor RX 6700 XT Hellhound Spectral White is one of those premium designs that ticks all the ‘white’ boxes. 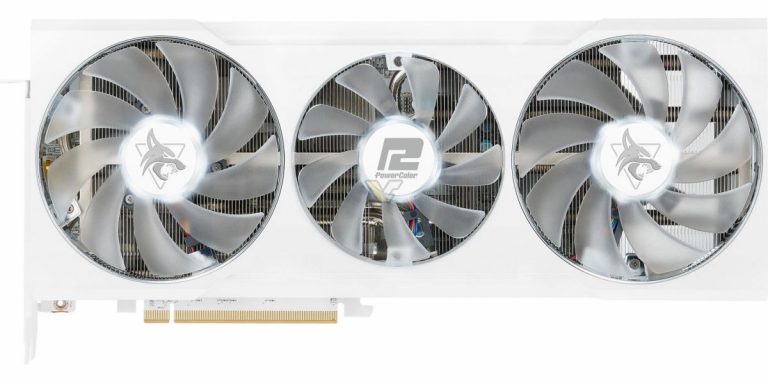 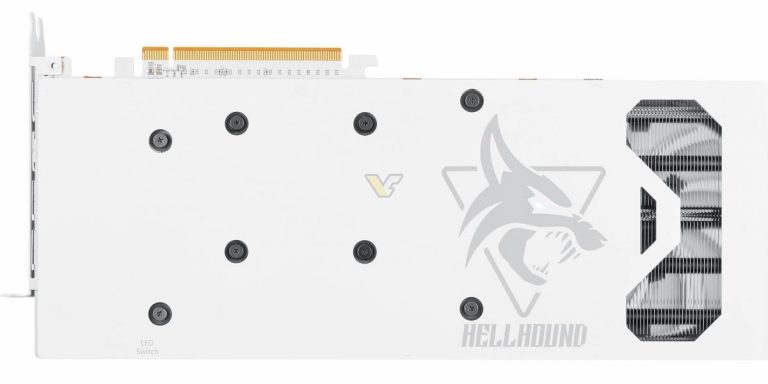 The Spectral White features the same triple-fan cooling solution as the original. It is equipped with dual 100m fans and a single 90mm fan in the middle. The card features an 8+2 phase VRM design and is powered by dual 8-pin power connectors. There appears to be a lighting effect around the translucent fans, but unlike ‘black Hellound’ which had a blue lighting effect, this model will lit up in white (the LED can be turned off with a physical switch).

Update: PowerColor has released the Spectral White model. There are no changes to clock speeds from the original. This model features AMD reference clocks of 2424/2581 MHz (game and boost).

For all those gamers building a white-themed gaming PC 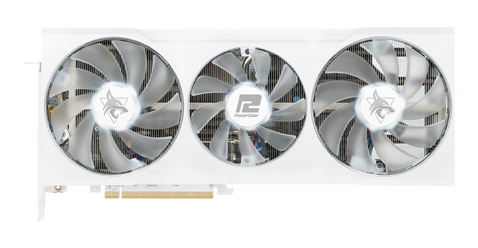 HELLHOUND ALSO BUILT FOR BATTLES IN THE SNOW

We focus on the best gaming experience with no compromises. The HELLHOUND AMD Radeon™ RX 6700 XT SPECTRAL WHITE graphics card is cool and quiet, built to be ultra-reliable, and is sure to provide demanding gamers with super-fast performance and the most advanced visual effects for 1440p gaming, as it has been shown in the latest reviews.

The Power of HELLHOUND

PowerColor HELLHOUND AMD Radeon™ RX 6700 XT SPECTRAL WHITE Graphics Card features 2560 stream processors with a Boost Clock of up to 2581 MHz and a Game Clock of up to 2424 MHz. With 12GB of GDDR6 high-speed memory clocked at 16 Gbps Effective and 96 MB of Infinity Cache, which dramatically reduces latency and power consumption, delivering higher overall gaming performance than traditional architectural designs.

*Specifications subject to change without notice.