Two weeks ago PowerColor ‘accidentally started listing RX 6600XT graphics card category on their own website. At the time not a single SKU was listed, which meant that we have no confirmation on which series will be included in this upcoming Radeon launch.

Well as it turns out, it appears that PowerColor will have three models ready, including Fighter, Hellhound, and Red Devil. All of these cards have 8GB GDDR6 memory, which is confirmed by the product code listed by the New Zealand retailers. What is also worth noting is that two of these cards will be factory overclocked, however, no clocks have been listed by the retailer.

In terms of prices, those clearly look like placeholders. With a price of 1249 New Zealand dollars, we are looking at around 867 USD. While this price does sound ridiculous, one should note that New Zealand has relatively high GPU pricing at the moment, even compared to other regions. However, it shouldn’t be this high regardless. After all, the same retailer lists RX 6700 XT Hellhound at exactly the same price. 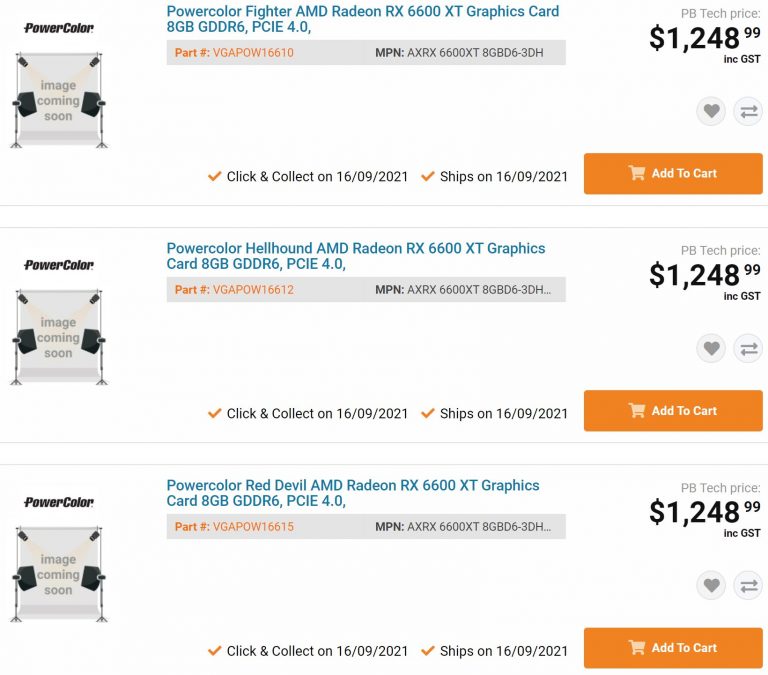 According to the most recent rumors, AMD Radeon RX 6600 XT is set to launch on August 11th. AMD is not launching a reference model this time around, the RX 6600 Xt will only be available through board partners such as PowerColor.

Many thanks to Nigel Macpherson for the tip!