An extreme example of a retailer taking advantage of the market situation.

Over the past year, we received hundreds of emails from customers who have had trouble with their graphics card orders. The issues mentioned in those emails include problems with availability, extremely inflated pricing, or issues with the orders themselves. While we can’t help with most of these cases, we can and will write about retailers taking advantage of the market situation at consumers’ expense. 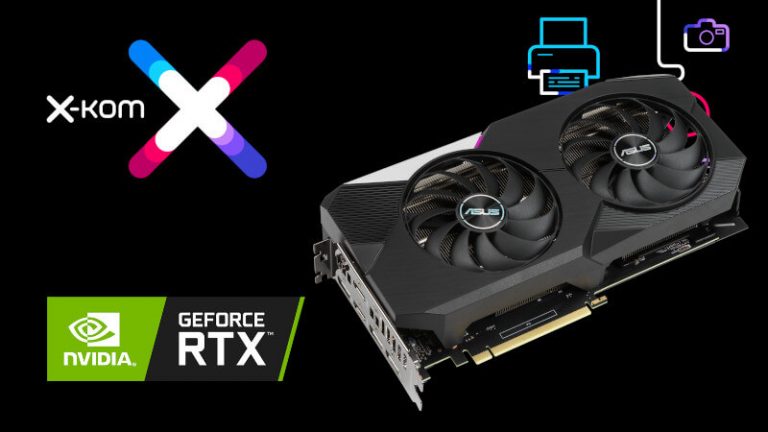 Such an example was described by Jan Domański from Instalki.pl. The editor ordered GeForce RTX 3070 non-LHR model back in November 2020. The Polish retailer X-Kom was taking preorders on items that were not in stock, but ensuring customers that the orders are now queued and will ship as soon as possible. As soon as the manufacturer informed X-Kom about the delay of the shipment, the retailer began offering full refunds. But this would not solve the problem, which is buying a graphics card at the price from November 2020, which was much lower than what we have now. This is where the problem starts.

The editor decided to wait for the card to be in stock, which unfortunately never happened. Over the span of 10 months, the retailer did not secure the shipment of the RTX 3070 non-LHR model. Instead, the retailer reached out to Jan when NVIDIA released its RTX 30 LHR (Lite Hash Rate) series to ask if he wishes to swap to an identical model, except with LHR mining lock enabled. Most customers should agree to this swap because non-LHR series are no longer produced and will likely never be restocked.

The real surprise came when the retailer offered RTX 3060 LHR instead of RTX 3070 LHR. X-kom even explained that this SKU offers ‘exactly the same performance as its predecessor’, which is simply not true. This is an extreme example of a retailer taking advantage of the current GPU pricing situation, by offering a similarly priced model, except 10 months later, when the pricing has skyrocketed.

Orders with non-LHR cards should be replaced with LHR models

We encourage our readers never to agree to such offers from retailers. The non-LHR series should be replaced with their corresponding LHR variants, and if that’s not available retailers should at least offer a model from a different manufacturer. This anti-consumer and misleading offer from X-Kom is a great example of a big retailer taking advantage of less knowledgeable customers. Some consumers may agree to such a ‘deal’ after months of waiting with no sight of the GPU market going back where it was supposed to be. However such choices should be well thought out, not based on the retailer’s recommendations, whose only motivation is to make a profit.

Below is a machine translation of the questions by Instalki and answers provided by X-Kom representative.

Instalki (I): In a similar situation, did other customers also receive proposals to change orders of RTX 3000 cards to LHR equivalents with significantly lower performance in games and other (except cryptocurrency calculations) applications, with a lower version of the GPU?

X-Kom (X): In recent days, people waiting for RTX 3000 cards received a message from us that it is possible to replace the card with the LHR option. Indeed, this e-mail could have been understood in two ways, which should be considered a mistake. Even today, a message will be sent to customers in which we explain the whole situation. Basically what we mean is that we can change the order to any card. If someone is satisfied with the replacement of only 3070 LHR or 3080 LHR, there is no problem with it. Only this may mean that you will have to wait a little longer for such a card. At the moment, we have a lot of 3060 LHR in stock and we can do such a replacement immediately, until stocks are exhausted.

(I): The issue of switching the production of RTX 3000 to RTX 3000 LHR is not new, when X-Kom received information about the inability to receive supplies of graphics cards of the first revision without LHR? And if it was more than the last days, why didn’t he promptly inform his clients at the time?

(X): We have no interest in holding this information. On the contrary, prolonging its publication would only work to our disadvantage. Therefore, we provide this information as soon as possible. In such situations, however, we do not rely on press reports. Before sending a message to customers, we must receive official confirmations from card manufacturers and distributors.

(I): In describing this particular case, the RTX 3060 graphics card was not available at the time of ordering the original RTX 3070 product, but X-Kom does not believe that the change of order to an LHR equivalent of a completely different lower model (if there were such cases, it might as well be analogy e.g. with RTX 3070 instead of the ordered RTX 3080), can be treated as a willingness to sell a product that is much less valuable and worse than the one covered by the sales contract? After all, it is about the value on the day of placing the order, and not its execution, X-Kom had and was able to trade for many months the funds paid by customers waiting for their orders.

(X): We try to be flexible here. We give the customer a choice. Of course, there are not many options, but unfortunately we have no influence on that. This is a global problem that the computer component market has been facing for almost a year. However, we want to propose a solution whereby a person who wants to buy a graphics card will eventually get it. It is not our fault that the originally ordered model was insufficiently manufactured and eventually disappeared from the market altogether.

(I): Is X-Kom planning or already making a general statement on the matter, as it did for RTX 3000 graphics card ordering issues in 2020?

(I): If X-Kom, which is obviously not feasible, was aware of further problems when the first RTX 3000 cards were about to be released, would it solve the same problem of collecting customers and fulfilling orders?

(X): The pre-sale formula is nothing new. It has been used for years, always based on declarations of producers and distributors regarding the planned number of delivered devices. However, I will not hide that after the situation with graphics cards, x-kom changed its approach to pre-sale campaigns.

(I): Can customers who have already decided to refund and withdraw from the purchase or agreed to the offer with the lower RTX LHR model still change their mind and cancel their declaration? I mean customers who, even before receiving the correction, interpreted your messages in such a way that they were not aware of the possibility of further waiting for the same LHR graphics card equivalent.

(X): We are aware that our message could be misleading, which could result in our clients’ decisions being spontaneous. However, we are able to undo it. People operating the system will not be satisfied, because the restoration of canceled orders must be done manually, each separately. A lot of tinkering, but I promise that if necessary, we will be up to the task.