The engineering sample of the Phison E26 SSD platform has been attached to AMD and Intel PCIe Gen5 capable systems. One can clearly see that ASUS X670 Crosshair Hero motherboard was used for a quick demonstration. 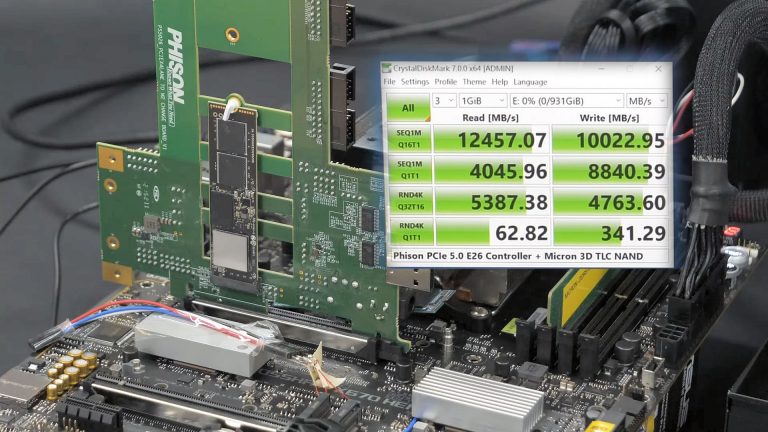 Earlier this week Phison unveiled its PS2026-E26 platform which is aimed at PCIe 5.0 x4 storage solution for consumers and enterprise solutions. This interface on its own is capable of delivering 15.8 GB/s in each direction, theoretically doubling the bandwidth over the Gen4.

In a quick video demonstration, the company has showcased its Gen5 SSD E26-based storage reaching a speed of over 12,457 MB/s and 10,023 MB/s in Read and Write Performance in CrystalDiskMark SEQ1M (Q16T1) test. This test device is using Micron’s latest 3D TCL NAND Flash memory. 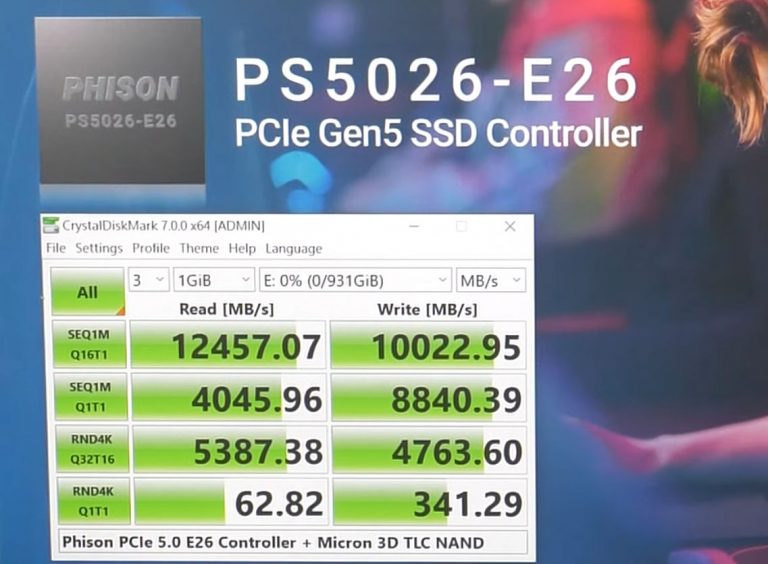 It goes without saying, that this demo does not show the final product, but rather a platform for potential solutions based on the Phison controller. Thus far we have only seen one company announce their upcoming products based on Gen5 interface. Apacer/Zadak claim that their next-gen NVMe 2.0 storage will offer up to 13,000 MB/s read and 12,000 MB/s write speed, the company claims. 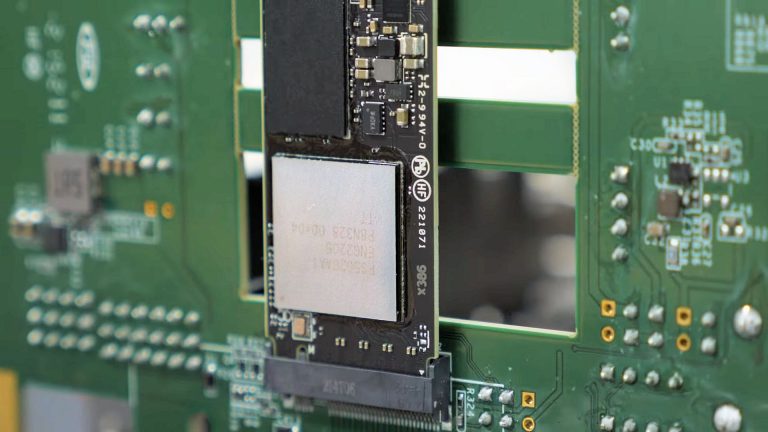 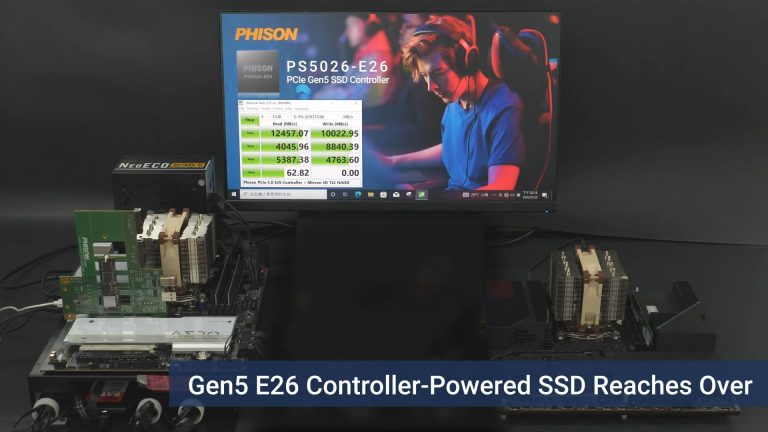 Intel has not confirmed yet if its upcoming 13th Gen desktop “Raptor Lake series” will have the same bottleneck as Alder Lake, which is a maximum of 16 Gen5 lanes shared among GPU and storage. AMD already confirmed that 24 Gen5 lanes will be available for X670 based systems, theoretically allowing one Gen5 GPU to run alongside two Gen5 SSDs.