It appears that official specs of the PCI-Express 5.0 power cable for next-gen graphics cards have been leaked.

Officially going by a name of “12VHPWR” is the upcoming standard for PCIe Gen5 graphics cards. The data provided by Intel, who are responsible for defining the ATX specs, appears to suggest that the cable will support as many as four power settings.

According to the slides posted by leaker @momom_us, the cable will support up to 600W of power in its full configuration. Furthermore, 450W, 300W and 150W modes will be supported.

The documents define the binary configuration of the Sense0 and Sense1 sideband signals. With both signals grounded, the GPU will power up with 375W of power and maximum sustained power of 600W. If those signals are open, the GPU will receive 100W initially, with a maximum of 150W during load.

The ATX 3.0 design confirms that this power connector will not be compatible with existing 6-pin and 8-pin connectors due to different contact spacing and larger pitch.

The connector performance requirements are as follows:

But this of course does not mean graphics cards equipped with 12+4-pin power connector will not work with adapters. 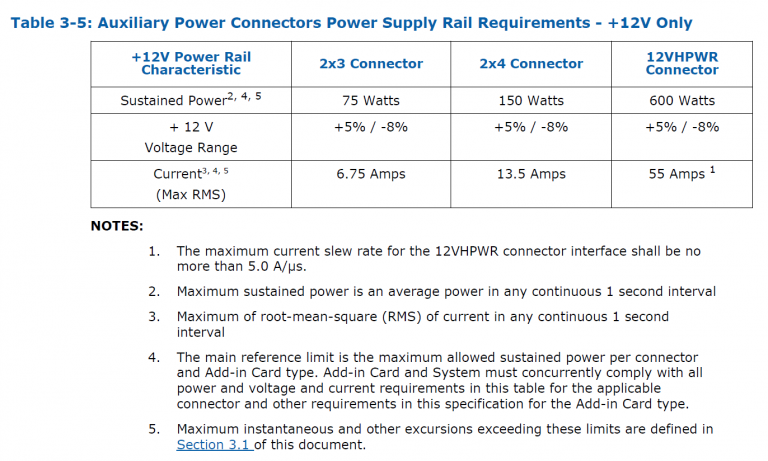 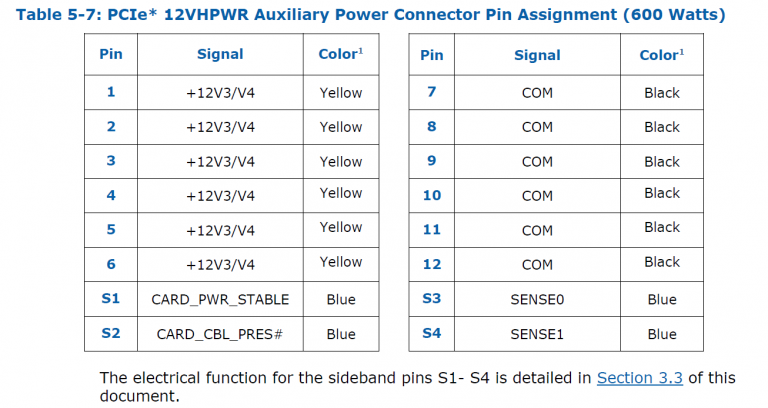 Multiple power supply manufacturers have already confirmed their first products equipped with the new standard. When it comes to the graphics cards though, NVIDIA’s flagship RTX 3090 Ti Founders Edition was supposed to be the first graphics card to feature this type of connector. However, since its introduction at CES 2022 in early January, NVIDIA has not provided any updates on a potential launch date for this model.

It is also said that next-gen NVIDIA RTX 40 “Ada” graphics cards will all feature this new 12+4-pin power connector, however it is unclear if this means NVIDIA’s own reference models or custom designs as well.