The Peripheral Component Interconnect Special Interest Group (PCI-SIG) consortium released new information on the upcoming PCIe 6.0 interface standard specifications. The consortium’s board of directors has representatives from manufacturers such as AMD, NVIDIA and Intel.

We are yet to see the full adoption of the PCIe 4.0 standard. As of today, only AMD introduced both CPUs and GPUs compatible with the new interface. Their Radeon RX 5000 series are all PCIe 4.0 compatible, the same applies to X570 and B550 motherboards.

In May, NVIDIA introduced the A100 Tensor Core processor featuring PCIe 4.0 interface. The upcoming Ampere RTX series is also expected to support PCIe 4.0 standard at the release.

AMD and Intel have not publicly confirmed when PCIe 5.0 compatible devices will be available. However, what we know from leaked roadmaps is that Intel should support PCIe 5.0 with Sapphire Rapids architecture. 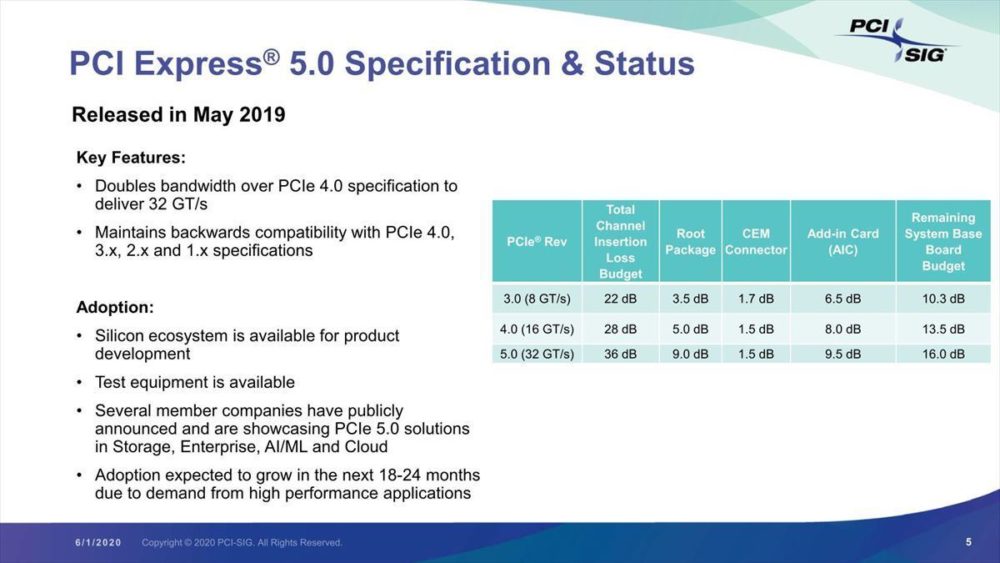 Similarly to PCIe 5.0, the 6.0 specifications feature doubled bandwidth over predecessor (64 GT/s). The backward compatibility is also to be kept up to 1.0 standard.

Increased bandwidth comes from PAM4 signaling adoption for the standard. This 2-bit encoding will increase the bandwidth by packing more bits into the stream. The PAM4 adoption means that the error correction is also necessary, that’s why PCIe 6.0 will also feature Forward Error Correction (FEC). Both technologies should improve reliability and bandwidth efficiency at the same time.

The 6.0 standard was designed for high-bandwidth applications, such as large scale computing where Artificial Intelligence and Machine Learning hardware is connected. The presentation slide also lists 800G Ethernet support with the new PCIe standard.

PCI-SIG has released a 0.5 draft and a 0.7 draft is expected later this year. The consortium expects to finalize the 1.0 specifications of the PCIe 6.0 standard in 2021. 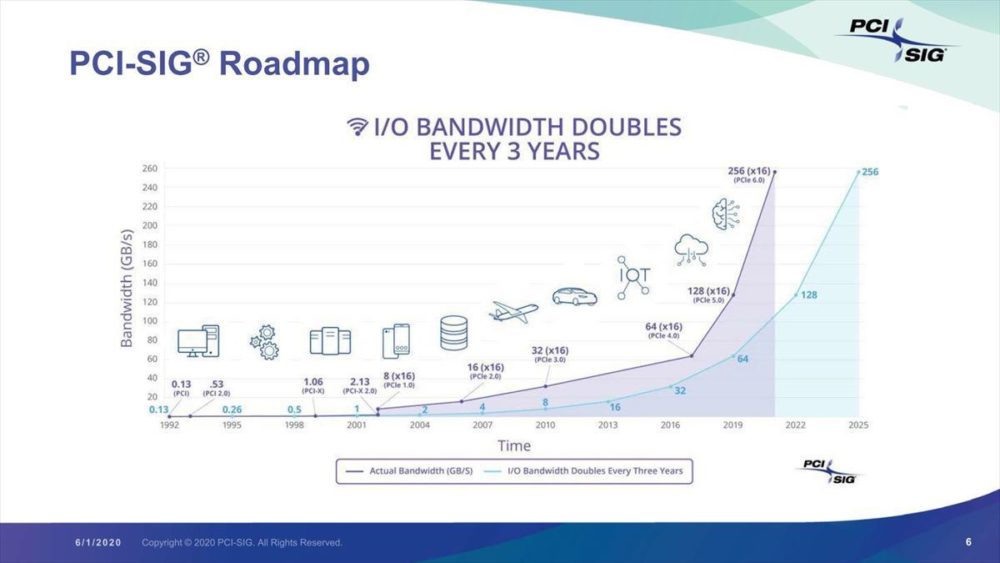 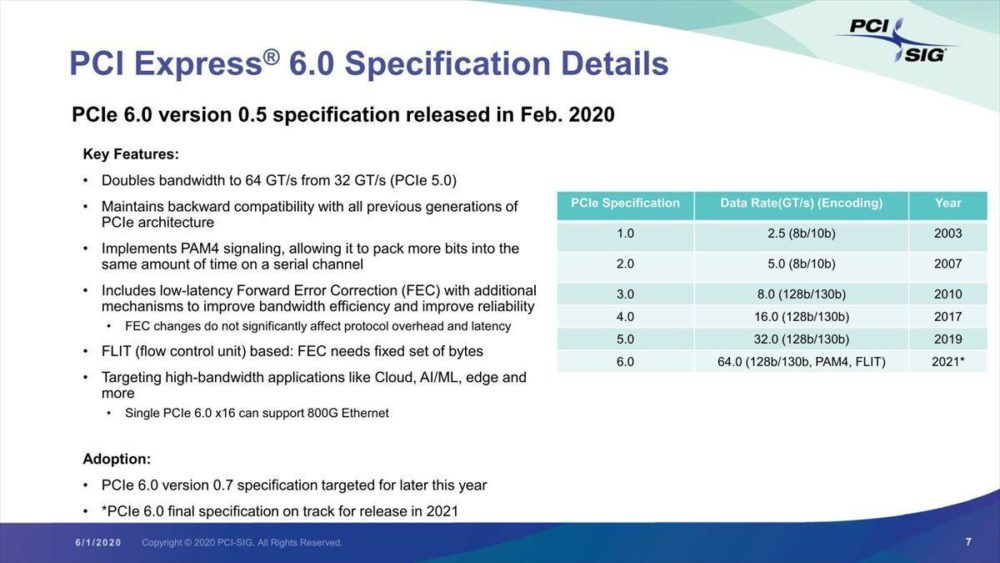 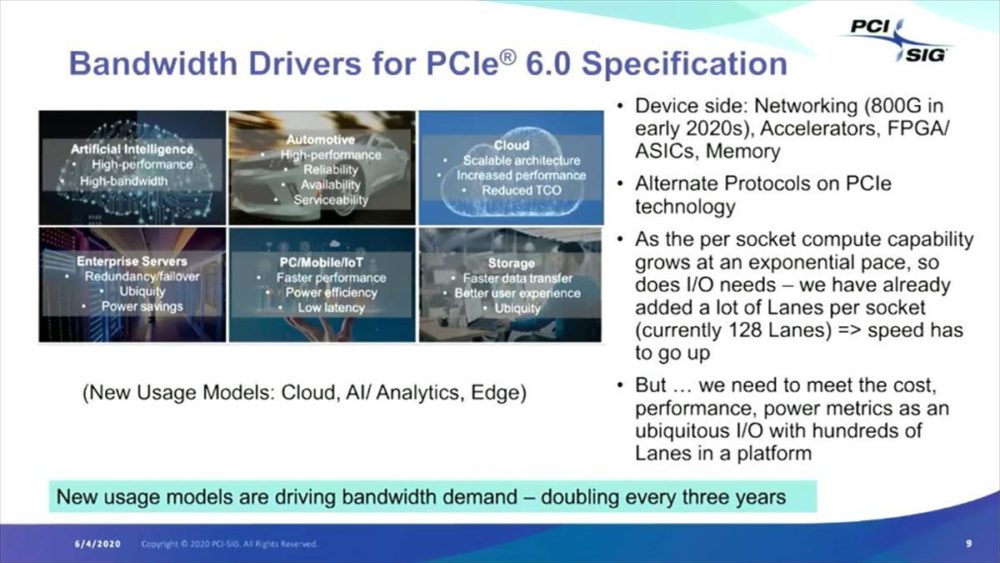 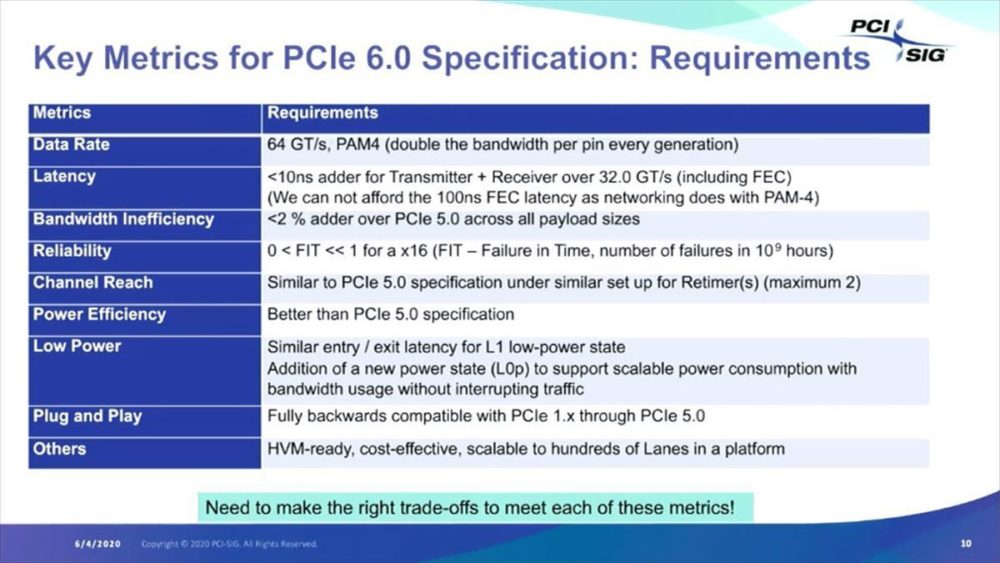 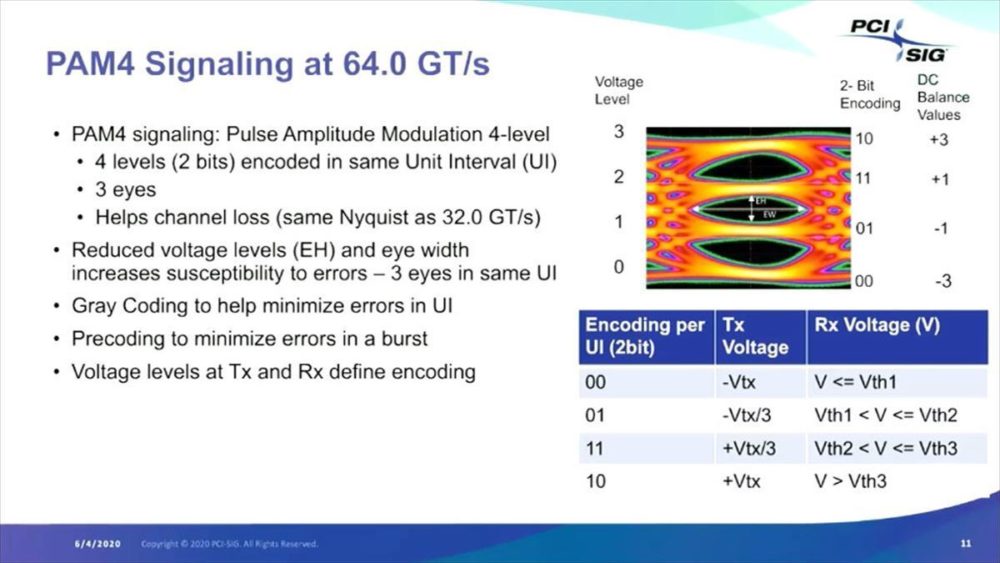 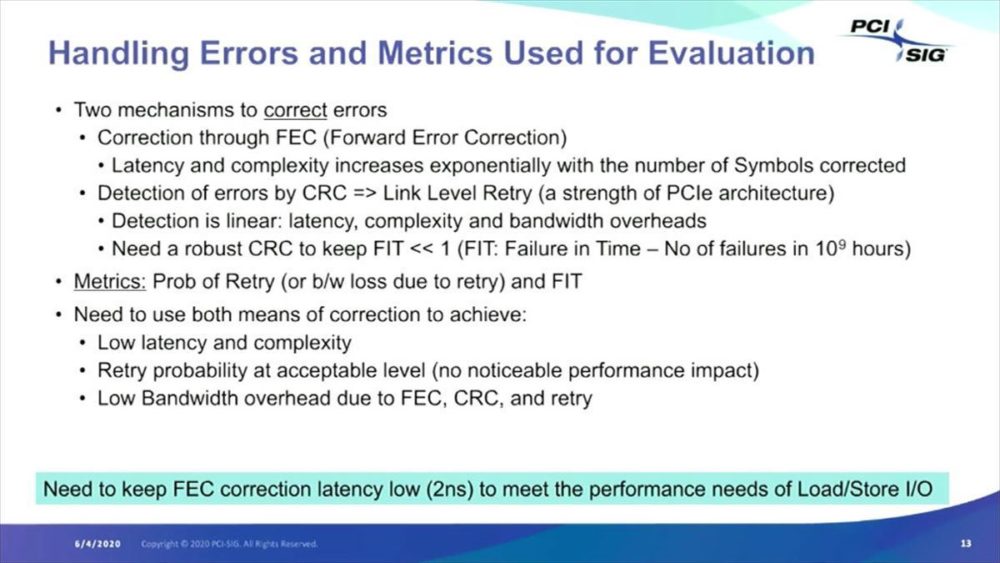 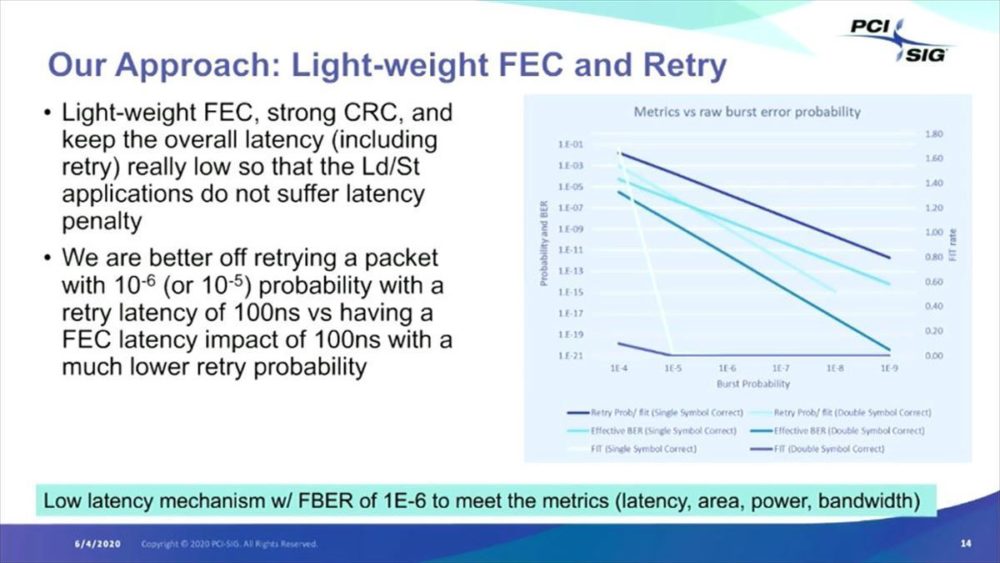 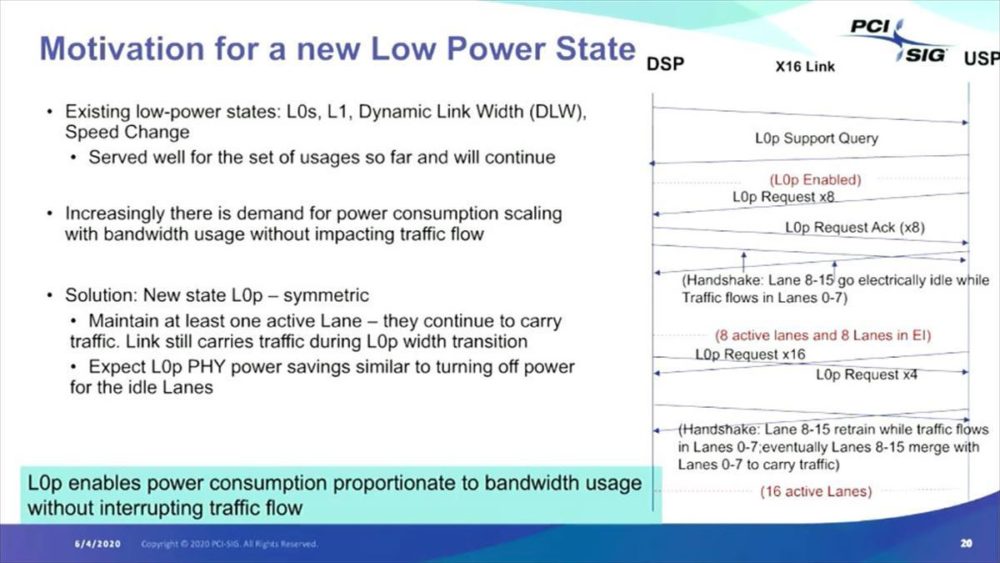