The editorial team from PC Watch confirms that a hack developed by miners does indeed work.

There have been reports last week that Ethereum mining restrictions on the Geforce RTX 3060 have somehow been broken, despite NVIDIA claiming that they are unhackable. Initial reports were wrong, the screenshots that have started to flood the tech forums have in fact been showing a different alternative cryptocurrency, such as Ravecoin. Those alt-coins use different algorithms and their hash rate has never been limited by NVIDIA.

Fast forward to this week and we have a least three different sources now claiming that the mining restrictions have indeed been broken, but users should not expect doubled hash rate just yet.

[…] The editorial department was able to confirm the fact that restrictions could be circumvented by interacting with related parties. The specific method is not introduced here, but it does not require modification of the driver or BIOS, and anyone can easily do it with a little effort. 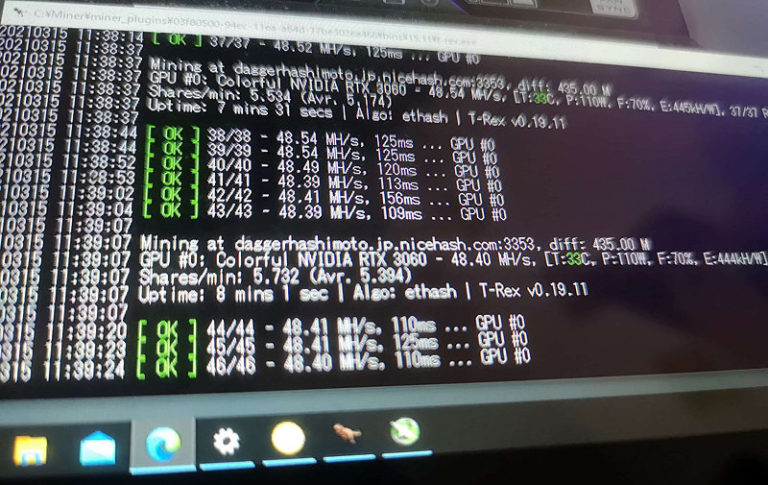 The mining restrictions hack does not appear to be limited to one mining software. We have also been tipped about this message on Github, coming from Phoenix Miner developers. They claim that they are working on a big update for NVIDIA kernels, some of which are showing ‘encouraging signs that 3060 hash rate lock could be partially lifted’:

There are many unconfirmed reports on social media, including videos, allegedly showing RTX 3060 with Ethereum mining hash rates above 40 MH/s:

ETH Mining perforamnce of 40+ MH/s can allegedly be achieved, even after 41 minutes, the user from DCInside claims: 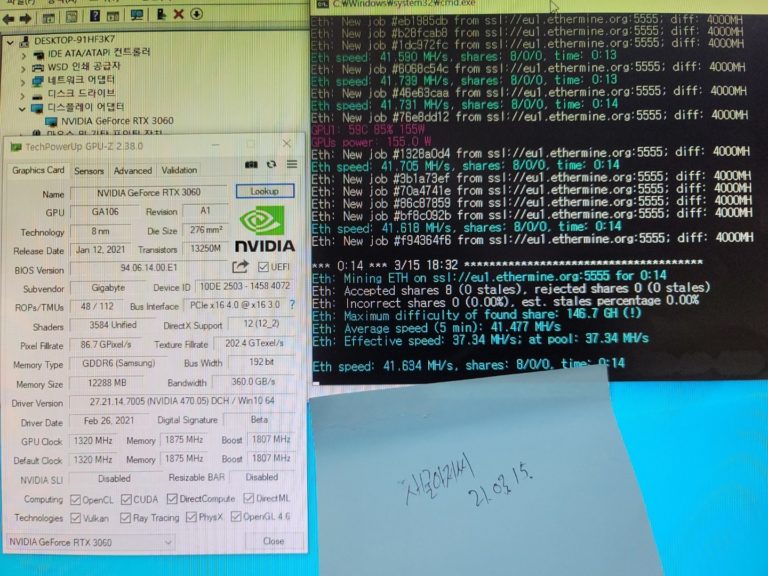 There are also reports that using a specific NVIDIA WSL driver (470.05 BETA) will in fact remove the restrictions on ETH mining. This claim has so far not been confirmed:

The new rumour running around is that this VBIOS + the 370.05 BETA drivers removes the mining lock. Haven't been able to confirm this on my end (card slowed down after ~7 minutes). Test at your own risk: https://t.co/zyq8YYP41Z

With the ETH mining lock removed, RTX 3060 may begin to attract miners. This is clearly not good news to gamers and NVIDIA. The company is also working on RTX 3080 Ti and RTX 3070 Ti, both expected to feature the same anti-mining technology. If miners manage to break those limiters as well, then one would ask what is the point of such a limitation in the first place.