Chances are a large number of people visiting this website had used MemTest at some point, either directly or through other software. This 25-year-old program has been helping out enthusiasts figure out why their systems are not acting properly or at least to rule out a nonfunctional memory stick. It can detect errors in RAM by writing and reading the data according to its test patterns.

The original MemTest was released in 1994, which was then sold to PassMark SOftware in 2013. In the meantime, a fork was created called MemTest+. Both software offered similar functionality until version 4.0. Since then a lot of progress has been made on the PassMark version, including UEFI support.

The latest build of MemText86 9.1 Pro supports DDR5 memory, according to the screenshot posted by the company on Twitter. It appears that the memory was running at PC5-19200 specs, which is 4800 MHz. This is the slowest frequency for DDR5 memory according to JEDEC specs. 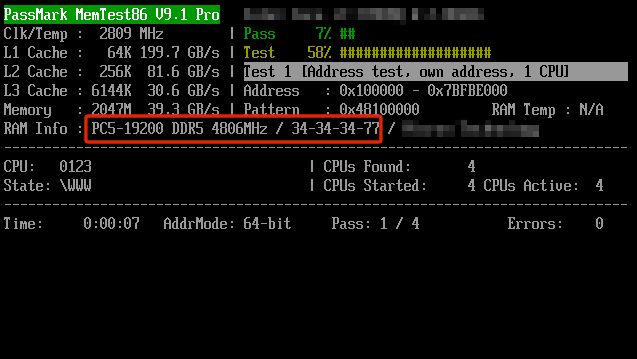