While we have not heard anything on RTX 3050 Ti launch yet  (it never had a firm launch date, despite numerous appearances in internal roadmaps), it seems that Palit is confident that this GA107 based model will launch soon alongside RTX 3080 Ti and RTX 3070 Ti.

The new EEC leak features three new Ti SKUs, none of which is released. NVIDIA might be planning to announce all three at the same time and market it as a small mid-product launch ‘Ti refresh’. Some of our readers may still remember NVIDIA’s marketing campaign for RTX 2080 Ti launch, which said ‘it’s TIme’. We wouldn’t be surprised if a similar thing happens this time too.

Palit seems to be planing a lot more RTX 3050 TI SKUs than RTX 3080 Ti and RTX 3070 Ti combined. This does not of course mean that all those codes refer to an actual product. Palit often uses different codes for graphics cards being sold in different regions, so each code may simply mean a different packaging or a bundle. Not to mention, we barely see this many models being released by Palit. Usually, it is a lot fewer. 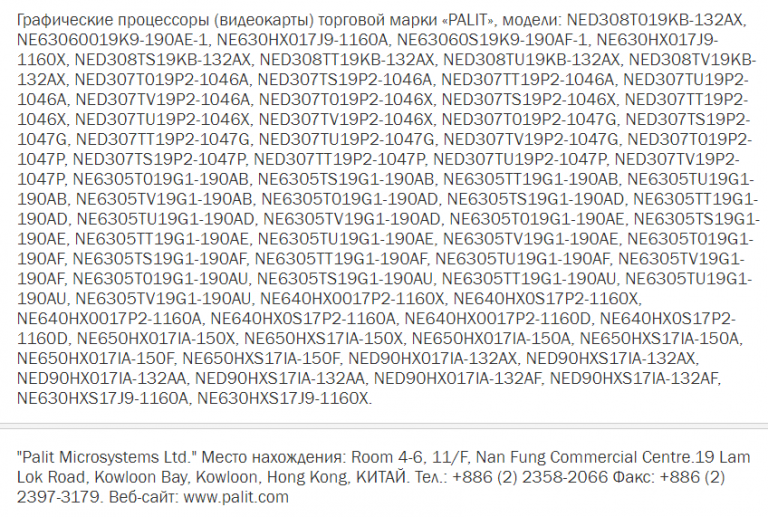 What this leak does confirm is that Palit, one of the better known NVIDIA board partners, is planning its upcoming series refresh alongside the CMP HX series, which are officially coming in Q2 – at least the 50HX and 90HX models are because 30HX and 40HX should already be available to miners since the end of Q1. However, one would guess though that all these new SKUs will be released by the end of this quarter.