The company updated its website with the new flagship RTX 30 GameRock series.

It looks like Palit has made a mistake by publicly sharing the first details on its upcoming RTX 3090 Ti models. As discovered by @momomo_us, the company has briefly listed RTX 3090 Ti GameRock and GameRock OC models on a Turkish website, which was quickly captured by Google web cache: 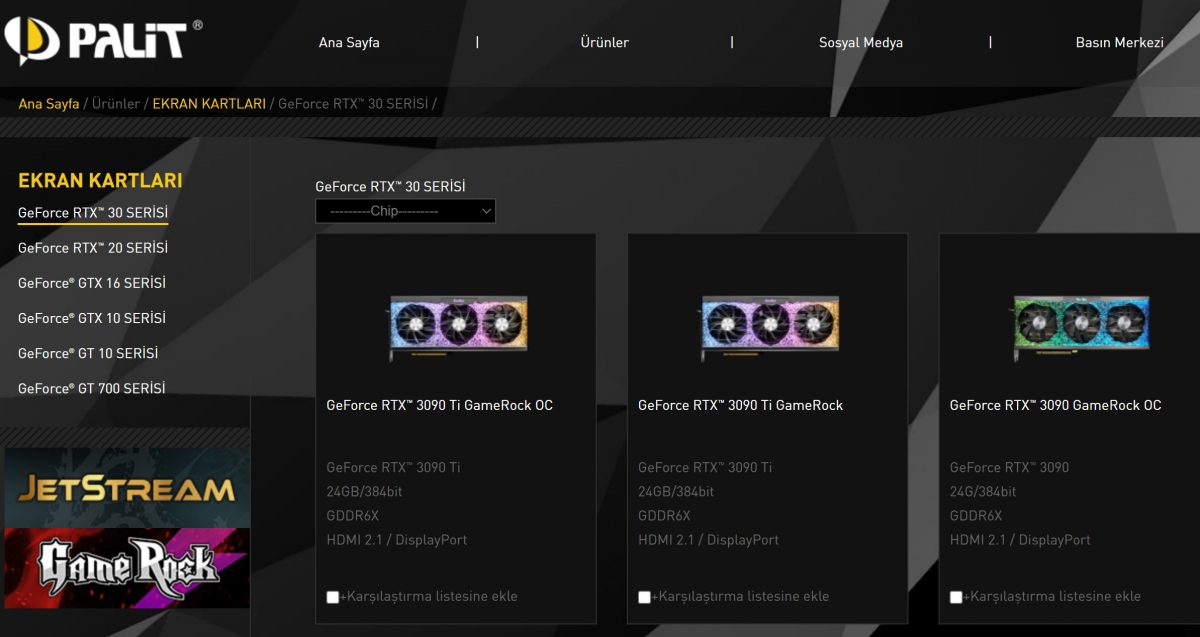 According to our information, RTX 3090 Ti GameRock OC model is to feature an 1890 MHz boost clock, which is around 30 MHz above the Founders Edition. This model is also expected to have increased TDP to around 460W, which is just 10W higher than the reference specs.

Palit’s GameRock is just one of the many custom designs that are being planned. We have already seen the EVGA Kingpin model and we have seen numerous leaks from MSI, ASUS, and Gigabyte suggesting that there will be not one but many series based on this SKU.

In fact, just today @momomo_us discovered another European listing of RTX 3090 Ti with prices ranging from 4332 to 4577 EUR, significantly more than RTX 3090 cards. This is yet another listing with prices above 4000 EUR/USD for this SKU.

NVIDIA is yet to confirm the launch date of RTX 3090 Ti. The card has already been pushed back from its original January 27th launch date.