Our sources were kind enough to share some benchmarking results of the GeForce RTX 3080. We found the most interesting topic to be overclocking. It appears that currently, the best RTX 3080 variant is … NVIDIA Founders Edition, only because most AIB cards are still not running at higher TDP.

Full custom Ampere designs are slightly delayed, which might be an important factor when choosing the right model for you. ASUS is not seeding ROG STRIX to reviewers but the TUF Gaming instead. Also, Gigabyte is not yet ready with AORUS branded models. These are all fully custom designs with higher TDP, but for now, it seems that the best choice in terms of power limitations is Founders Edition with a TDP at 370W:

We asked one of the reviewers to do a quick memory overclocking test. This test was on the non-Founders Edition model (so power limited). We heard from other reviewers that some FE samples can’t reach 20.5 Gbps memory speed as the performance is then degrading. The results that we have do replicate such an issue.

On a contrary, we have data showing 20.7 Gbps memory overclock, right before the card would not run any more benchmarks. Micron’s memory is rated at 21 Gbps, but NVIDIA is keeping things conservative at 19.5 Gbps for RTX 3090 and 19.0 Gbps for RTX 3080.

The GPU was only overclocked by 70 MHz and memory by 850 MHz. This was the highest clock speed for this particular sample (for GPU and memory overclock). The sample had a maximum TDP of 320W (so NVIDIA reference, even lower than the sample screenshotted above). The results are not spectacular but at least we know that RTX 3080 can finish the tests with such memory overclock.

You will find more data in the chart and screenshots below. 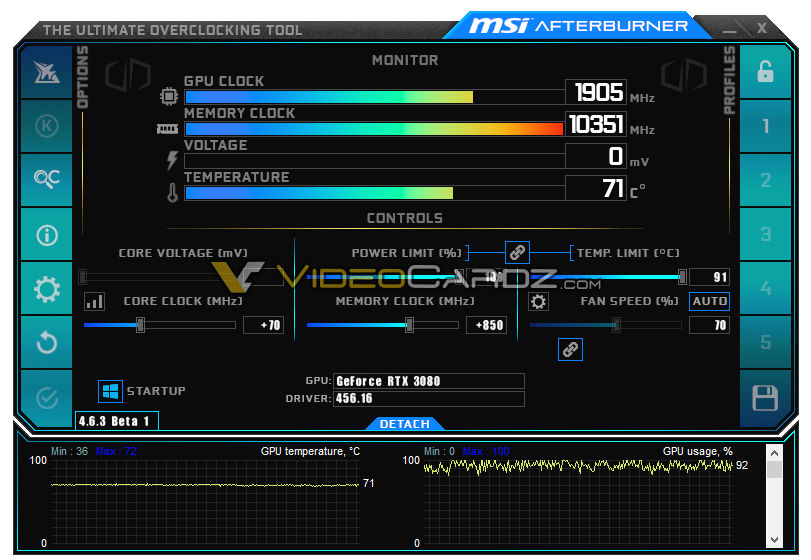 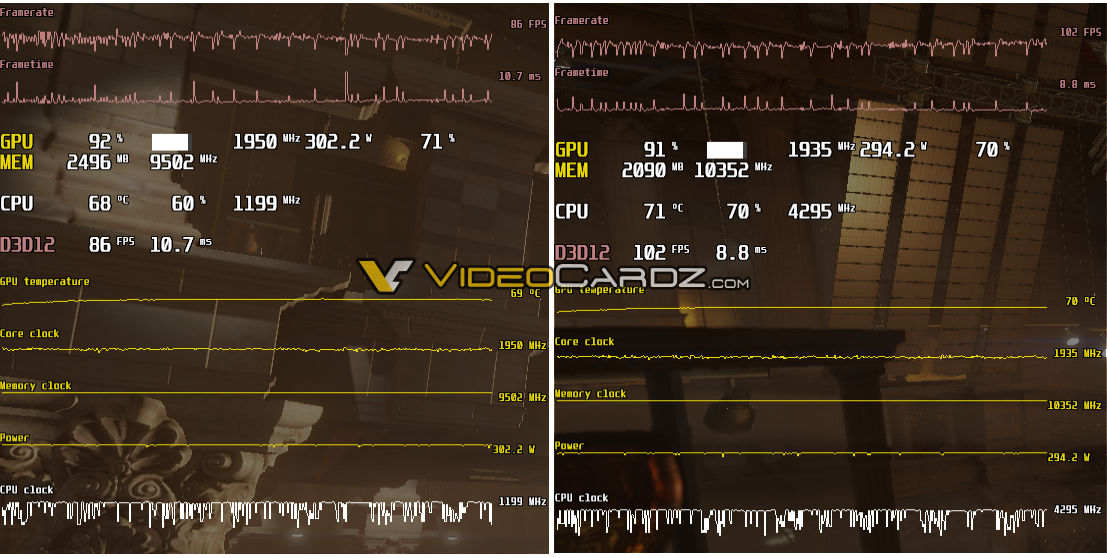 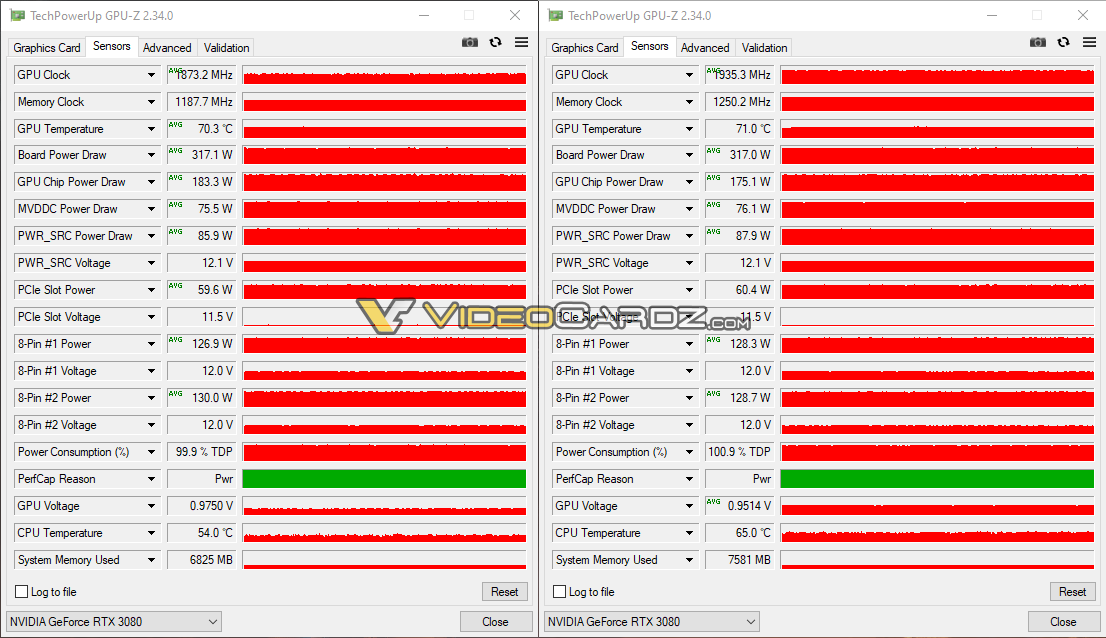 That’s it, there is no conclusion here because this was not a review. It was a quick test to verify GeForce RTX 3080 memory overclockability.