An engineering sample of Intel’s upcoming unlocked Raptor Lake CPU reportedly boost up to 8 GHz thanks to exotic cooling.

Move aside AMD FX-8350, one of the ‘fastest’ CPUs in overclocking history. This AMD CPU is now occupying 18 out of 20 spots in the official HWBOT CPU Frequency ranking. The fastest CPU reached 8722.78 MHz and this record has not been beaten for more than 8 years.

It is no secret that Intel and AMD give their processors to known overclockers before the new series launch. We usually see the results of weeks of their work just as the review embargo lifts, so this should be no exception.

However, Wccftech managed to obtain a CPU-Z screenshot from one of said overclockers. There is no information on the board used, but it is mention that it is a premium Z790 board. 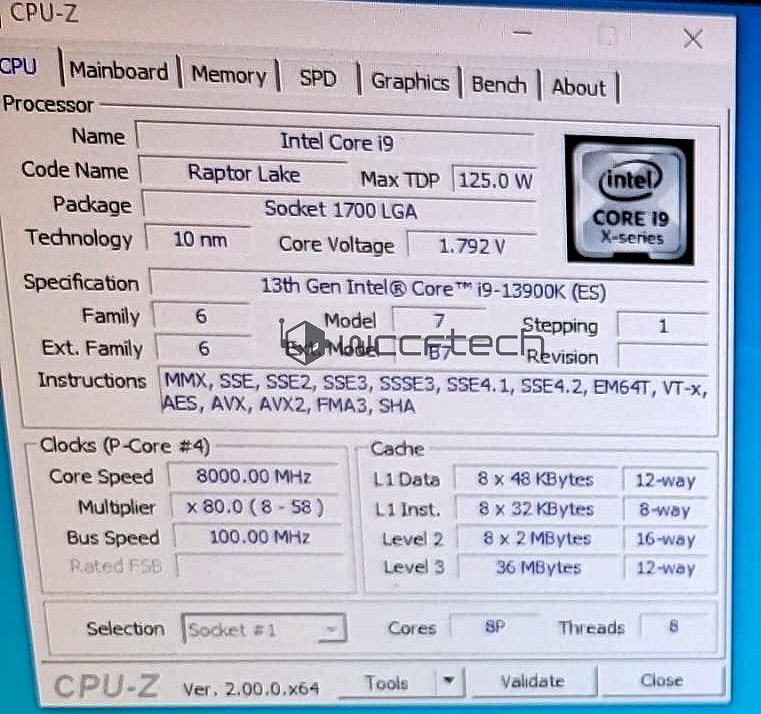 The Core i9-13900K Raptor Lake engineering sample CPU has been overclocked to 8000 MHz with all Performance cores, but also all 16 Efficient cores and hyper threading disabled. To achieve this, 1.792 CPU voltage was required and obviously LN2 cooling.

One should expect even higher clocks from Raptor Lake, though. The overclocker revealed that 8.0 GHz is just a baseline for this CPU.