Intel already announced its upcoming ‘KS-series’ CPU with single-core boots clock up to 5.5 GHz at CES 2022, however, we are yet to learn about its release date and more importantly the price.

The Core i9-12900KS is the upcoming pre-binned Alder Lake CPU with 16-cores and 24-threads. It is basically a factory-overclocked version of the Core i9-12900KS, which is currently the fastest desktop CPU on the market. The KS SKU was believed to be a response to AMD’s upcoming Ryzen 3D V-Cache-based series, however, for now, AMD is only planning an 8-core SKU featuring this advanced L3 cache system. That said, Intel has no reason to rush with the 12900KS launch.

Intel has been teasing this CPU with all Performance core boost up to 5.2 GHz and a single-core boost going up to 5.5 GHz. A Cinebench R23 test which has just been discovered by HXL over at Taobao marketplace features an all-core clock of 5.4 GHz. The CPU allegedly scored 29519 points in the CB R23 multi-core test which is pretty much as expected. 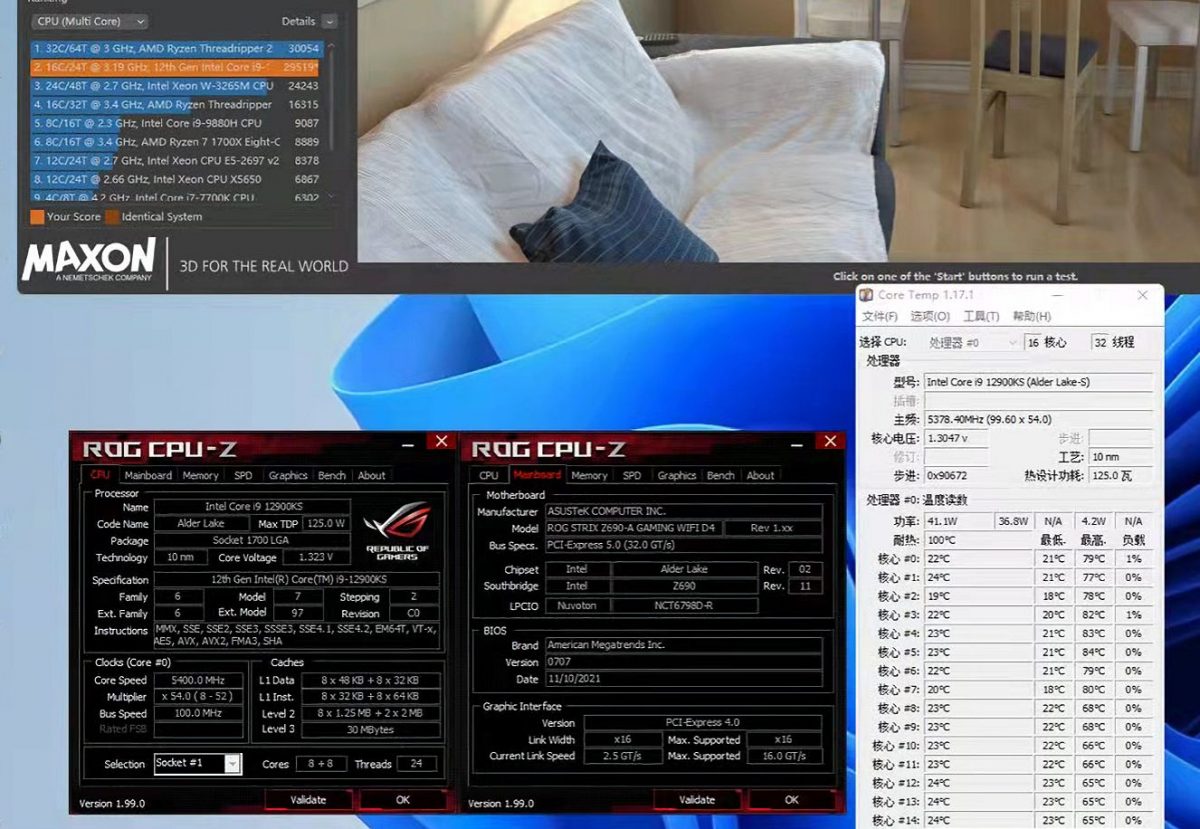 Update: the second screenshot attached to this leak has been proven fake. We have therefore removed it. 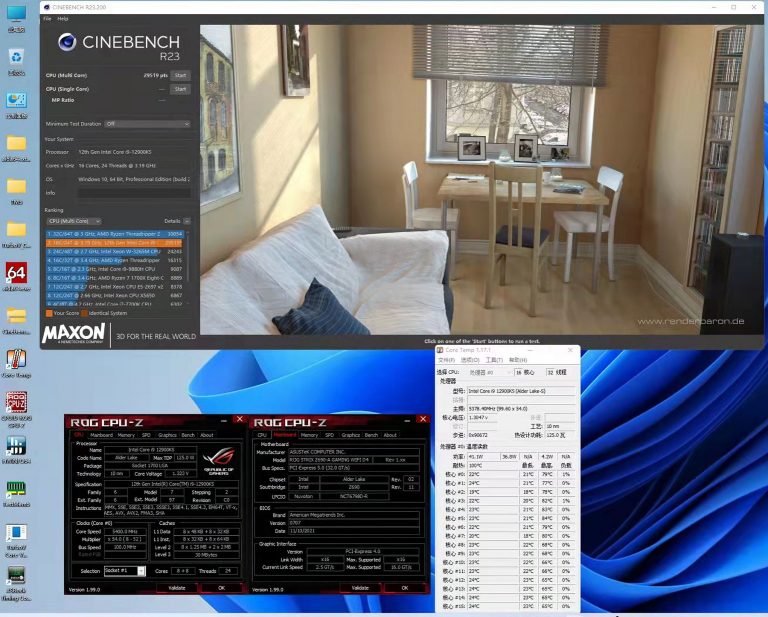 The Core i9-12900KS is rumored to launch in this quarter. Board partners are already preparing support for this SKU by enabling ‘Enhanced Thermal Velocity Boost‘ in their Z690 BIOSes. This type of boost is not available for other non-KS Alder Lake series.

The marketplace listing at Taobao at 29,999 RMB which is just 4,716 USD after conversion. This is most likely one of the qualification samples that have been available to board manufacturers for weeks now.