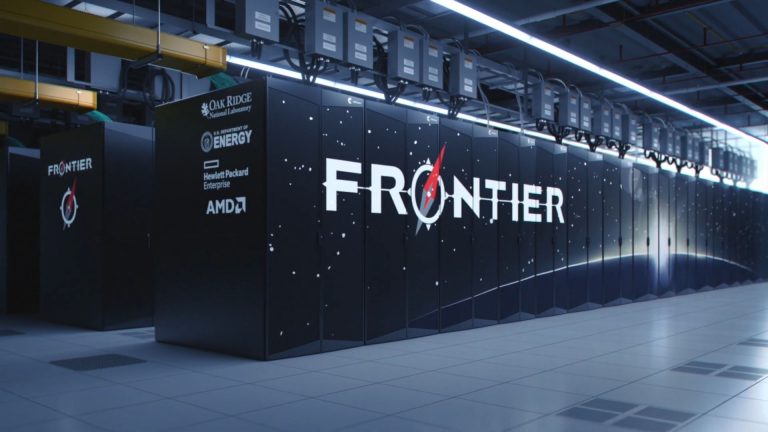 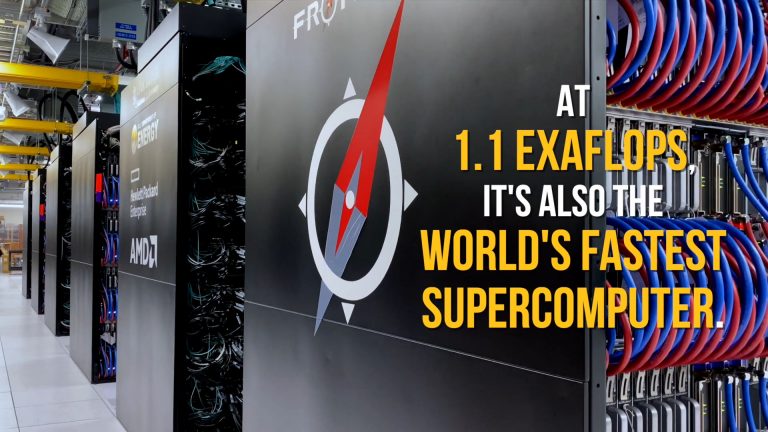 Frontier has now surpassed the fastest supercomputer in the world which was Fugaku in Japan. The ORNL supercomputer is based on AMD 3rd Gen EPYC CPUs and AMD’s latest Instinct MI250X GPUs. In total, it features 8,730,112 cores and has a power efficiency of 52.23 gigaflops per watt. 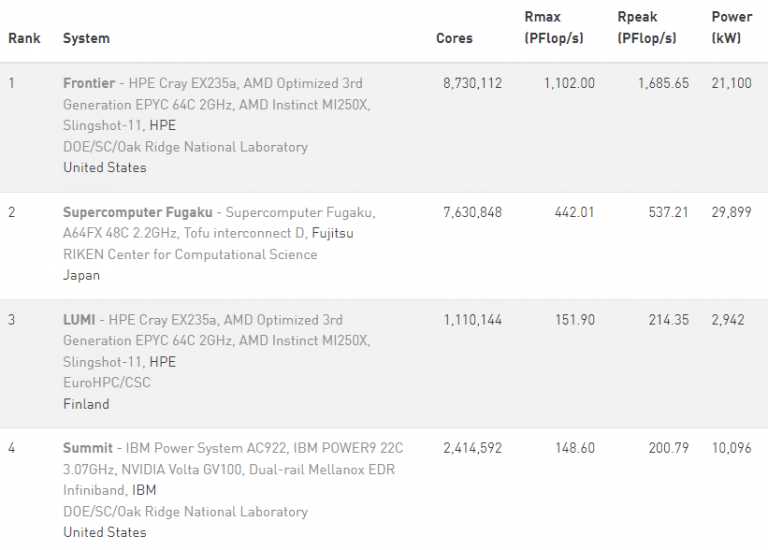 FRANKFURT, Germany; BERKELEY, Calif.; and KNOXVILLE, Tenn.— The 59th edition of the TOP500 revealed the Frontier system to be the first true exascale machine with an HPL score of 1.102 Exaflop/s.

The No. 1 spot is now held by the Frontier system at Oak Ridge National Laboratory (ORNL) in the US. Based on the latest HPE Cray EX235a architecture and equipped with AMD EPYC 64C 2GHz processors, the system has 8,730,112 total cores, a power efficiency rating of 52.23 gigaflops/watt, and relies on gigabit ethernet for data transfer.

However, a recent development to the Frontier system has allowed the machine to surpass the 1 exaflop barrier. With an exact HPL score of 1.102 Exaflop/s, Frontier is not only the most powerful supercomputer to ever exist – it’s also the first true exascale machine.

The top position was previously held for two years straight by the Fugaku system at the RIKEN Center for Computational Science (R-CCS) in Kobe, Japan. Sticking with its previous HPL benchmark score of 442 PFlop/s, Fugaku has now dropped to No. 2. Considering the fact that Fugaku’s theoretical peak is above the 1 exaflop barrier, there’s cause to also call this system an exascale machine as well. However, Frontier is the only system able to demonstrate this on the HPL benchmark test.

Another change within the TOP10 is the introduction of the LUMI system at EUROHPC/CSC in Finland. Now occupying the No. 3 spot, this new system has 1,110,144 cores and has a HPL benchmark of nearly 152 PFlop/s. LUMI is also noteworthy in that it is the largest system in Europe.

Finally, another change within the TOP10 occurred at the No. 10 spot with the new addition of the Adastra system at GENCI-CINES in France. It achieved an HPL benchmark score of 46.1 Pflop/s and is the second most powerful machine in Europe, behind LUMI.

Here is a summary of the system at the Top10: