It is not a secret that RTX 4070 Ti and RTX 4070 are to share the same GPU, the Ada Lovelace AD104. The RTX 4070 is not to launch until late Q1 assuming that the rumors are correct. Thus seeing it mentioned by one of the largest graphics card makers is definitely worth a mention.

The RTX 4070 logo appears on two GALAX products. It has been a week since those marketing materials were published, but I have only noticed this now when adding these cards to our database.

The packaging for two products mentions two products, the RTX 4070 Ti on the side and RTX 4070 on the front. This only applies to EX Gamer White and SG White editions of these cards. This is almost certainly a mistake by Galax graphics designer, yet the company had very similar mistakes just in the past few weeks. 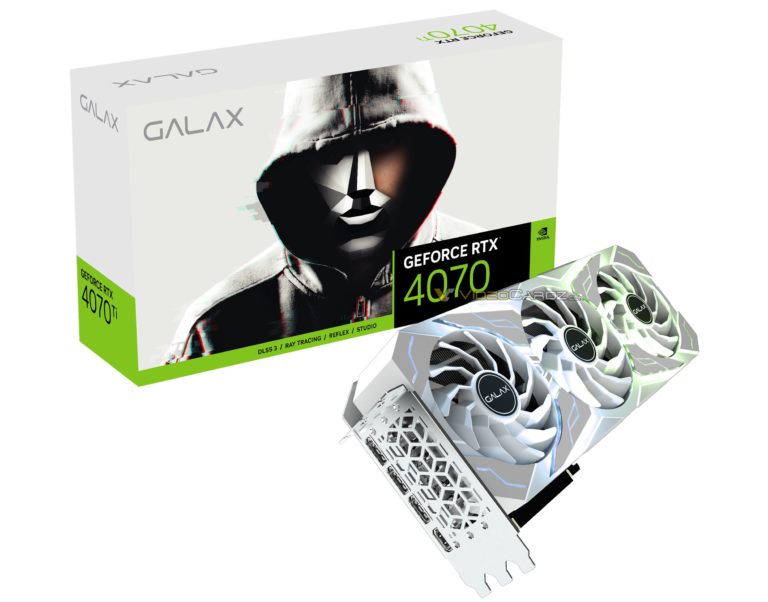 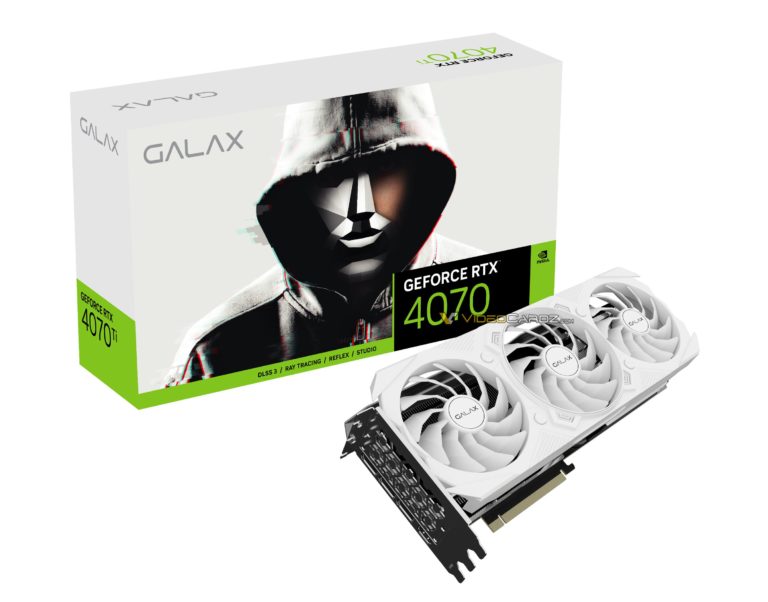 A few months ago the company put an unannounced GeForce RTX 4050 box on display, during one of its RTX 40 launch events. A bit more recently, GALAX published a banner for RTX 4090 Ti HOF GPU, which was actually supposed to be just-announced RTX 4090 HOF. In any case, such mistakes for GALAX are now very common, and they should not be taken very seriously.

However, since RTX 4070 Ti and non-Ti models are to use very similar specs (same GPU and memory config) it is almost certain that both SKUs will also use the same cooling design. Therefore, it is very likely that marketing materials for such GPUs were prepared simultaneously and somebody simply copied the wrong logo.