Today OneXPlayer confirmed the initial information on the new console.

Contrary to what the name may suggest, this is not the second console by OneXPlayer. In fact, the company has made several gaming devices in the past, most recently the Mini Pro console announced in September. Their consoles are offered with either Intel Core or AMD Ryzen processors, and the upcoming device will be no exception.

OneXPlayer 2 is a major upgrade to the current product lineup. Starting with a much larger screen than previous models. The new console will feature an 8.4-inch screen with 2560×1600 resolution, an upgrade from 7-inch 1920×1200. This means an increase in pixel per inch ratio from 323 to 359.

More importantly, the console will adopt detachable game pads, imitating the iconic design of Nintendo Switch. Gamers will now be able to share keypads with other players, or simply play at a distance.

Furthermore, OneXPlayer confirmed that their console will be available with either Intel 13th Gen Core series or AMD Ryzen 7 6800U CPU. The company has already adopted the Ryzen 7 6800U 8-core Zen3+ processor from AMD for its Mini Pro series, so in that sense there will be no upgrade for the AMD-product line. On the other hand, the Intel-based system will now feature an unnamed Core i7 SKU, possibly a successor to Core i7-1260P.

What is important to note is that Intel has not confirmed the specs for its mobile 13th Gen Core aka “Raptor Lake” series yet, so this might be our first glimpse on what the company is preparing for low-power devices.

OneXPLayer announces preorders for OneXPlayer 2 will start on November 25th, but the console will not be release until next year (no date is given). The console may indeed feature better hardware than Steam Deck, however OneXPlayer consoles are pricier than Valve’s devices. It is very unlikely that OneXPlayer 2 will be any different.

Update: the specs of OneXPlayer 2 (AMD variant) have been confirmed by Wccftech. The device is confirmed to feature LPDDR5X-6400 memory, while the battery is getting a major upgrade to 17100 mAh capacity. The spec table below has been updated accordingly. 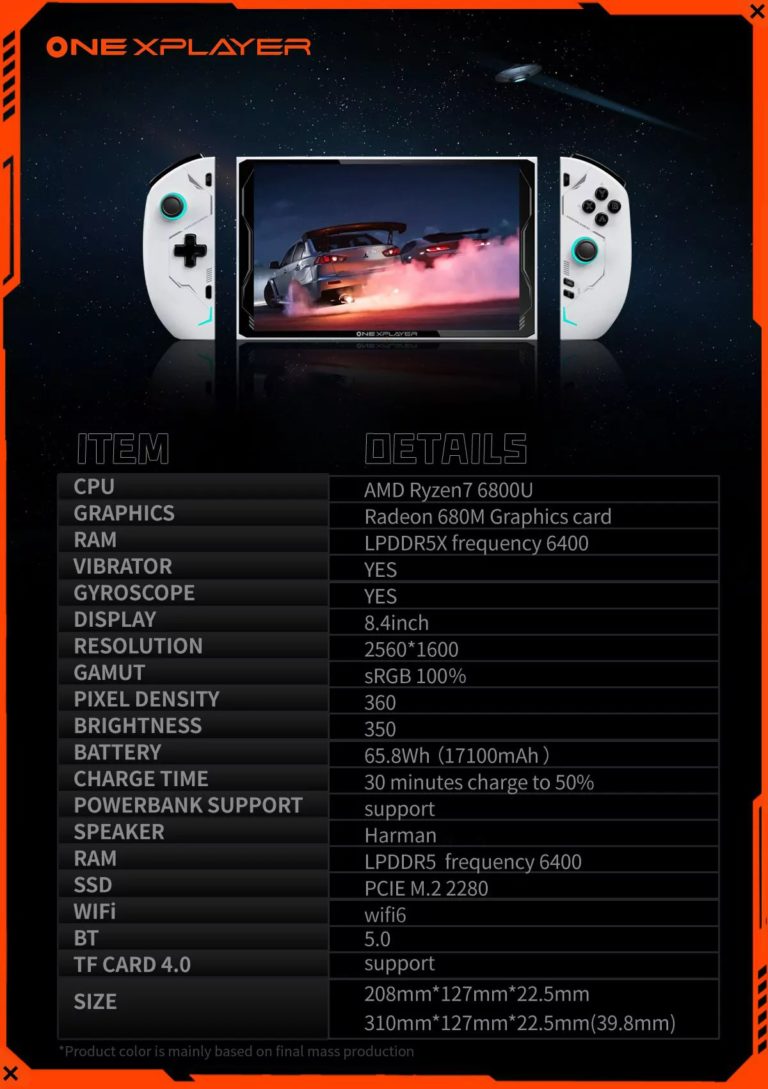