One Xplayer console is an ultra-premium handheld console

One Netbook Technology has just announced its Intel Tiger Lake-based handheld console that features a high-resolution screen, so far not to be seen on such a small gaming device. The device will be offered in three variants, each with a different model of Tiger Lake CPU and storage capacity.

The high-definition screen is definitely one of the most important upgrades for the One-Netbook handheld console offer (the company has already released similar devices). Obviously, this console is not meant to be played at 2560×1600 resolution, because it would significantly affect the framerate and battery life. An 8.4-inch screen should be good at 1280×800 resolution, which is half of the native resolution and the same resolution as Aya Neo or Nintendo Switch. This is also the resolution that the company advertises in gaming performance (see below).

One of the most interesting features of Xplayer is the external GPU support. Marketing materials suggest that this device can be paired with GeForce RTX 2080 Ti graphics, which is not something we see every day, but at the same time, it raises the question of why would handheld consoles even need an external GPU.

Another interesting feature is the Turbo button. There is a separate button dedicated to increasing power limits from default 20W (PL1) and 35W (PL2) to 28W and 40W respectively. It should be an interesting feature for those who play with the power cable attached.

On paper, the device looks great, but there are a few things to consider. We do not encourage our readers to preorder hardware, especially from companies that were founded only 4 years ago. While it is indeed an interesting device, it has only been shown on paper and in official photoshoots. So far no public review has been released yet, although One-Netbook do host public demos in China.

Potential Indiegogo backers should also take note of this device’s size and weight. This is a much bigger handheld console than Nintendo Switch (more than twice as heavy) and it is even thicker and wider than Aya Neo, which is not exactly a pocket device.

One Xplayer will enter mass production in June with the first batch shipment expected between June to July. That’s quite fast considering how complicated such small devices can be. For sure, it’s a lot sooner than the potential Nintendo Switch successor.

Vancouver & Shenzhen – May 10, 2021. ONE XPLAYER is a powerful new handheld games console designed to play AAA PC-Steam games on the move and that launches on Indiegogo on May 10th. 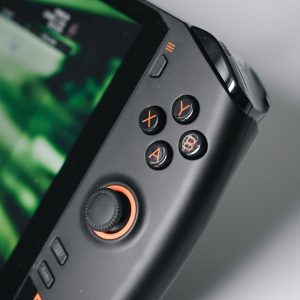 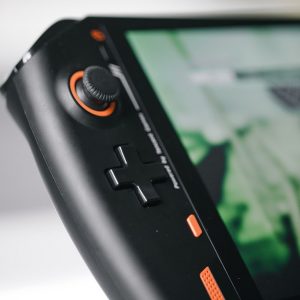 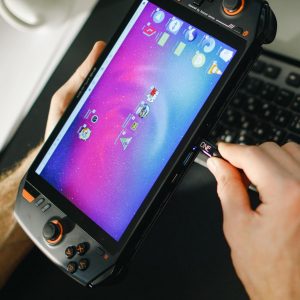 ONE XPLAYER brings hardcore gamers an unparalleled gaming entertainment with its powerful specs. At the heart of ONE XPLAYER is Intel’s newest model Core i7-1185G7, with this cutting-edge processor allowing the console to handle AAA titles with ease.

The console features an 8.4-inch Full-HD IPS Display with 2560 x 1600 resolution bringing impressive graphics and taking the handheld gaming experience to a level not experienced before. Meanwhile, the ONE XPLAYER’s large screen with 358 ppi pixel density creates an immersive gaming experience.

The top-grade 3D speaker embedded in the front of the console means AAA soundtracks and sound effects are crisp and impactful.

ONE XPLAYER offers three choices of ROM size – 2TB, 1TB and 500GB – to allow for a large number of games to be stored in the console at the same time.

ONE XPLAYER is designed to set players free from gaming chairs and provide them with uncompromised gaming experience anywhere they go.

The console features a bracket on the back, which provides firm and stable support for the console when needed. Full-screen games will have no black border in ONE XPLAYER and it is possible to see the screen from any angle.

ONE XPLAYER’s linear triggers also bring players a completely different level of experience in shooting or sports games. Fast-action games such as NBA 2K21 benefit from the linear triggers, which could effectively help gamers up their gameplay.

Inspired by Xbox’s ergonomically comfortable controllers, ONE XPLAYER is dedicated to match and even exceed the user experience on the controllers with the optimized position and arcs of buttons to prevent fingers from cramping after extended playtime. The arrangement and radian of ABXY keys is specifically designed to fit into gamers’ palm.

ONE XPLAYER as a next-generation console delivers flawless gaming experiences to players under various scenarios. ONE XPLAYER has been supported by the leading game publisher Tencent Games during the process of product development and marketing.

ONE XPLAYER is now accepting worldwide pre-orders with a super early bird price starting at $899 for the basic model on Indiegogo. It is one of the few crowdfunding products that are expected to be available within one month time after crowdfunding ends. 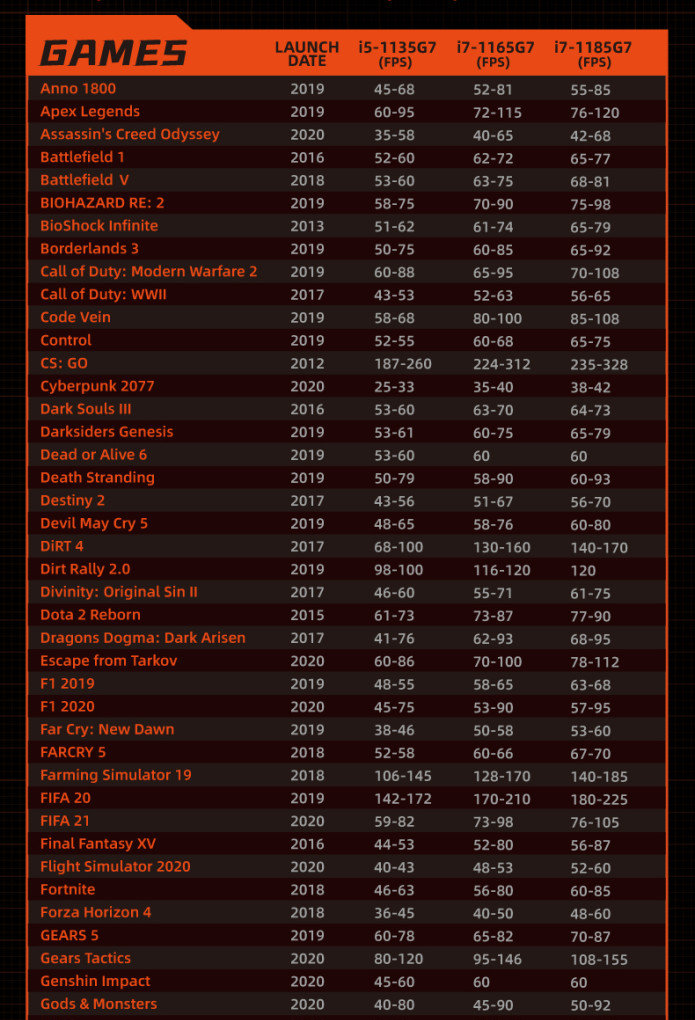 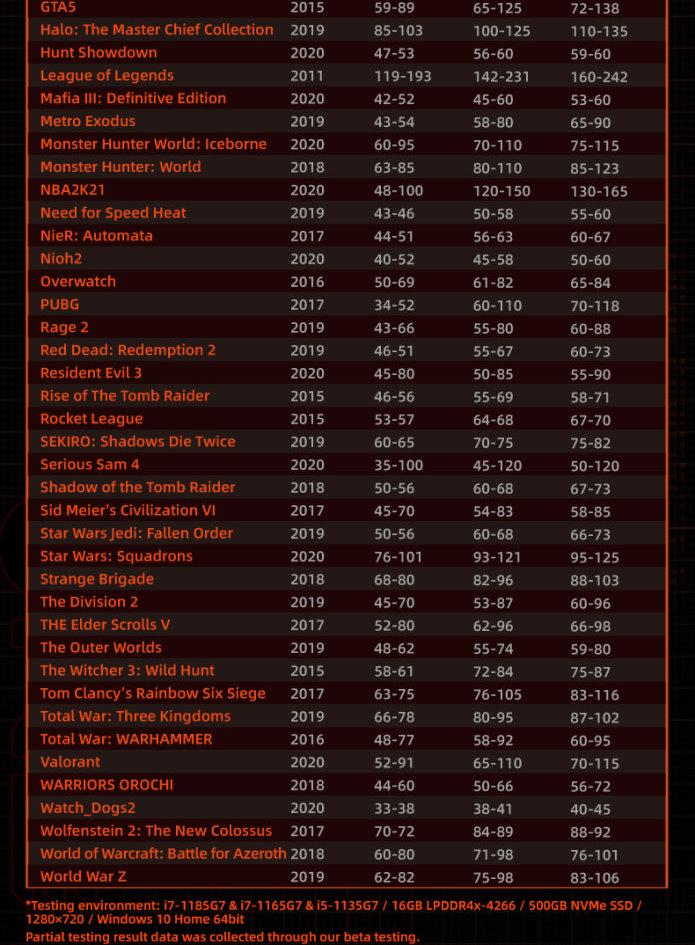