No more guesses, the full specs of the upcoming Core series have now been confirmed, thanks to the new leak from Igor’sLAB. The flagship Core i9 series are confirmed to have a TDP up to 253W (Maximum Turbo Power) and support up to 5.8 GHz clocks. Unlike in the previous chart, here we only have six K and KF-series SKUs. This likely means that Intel will be launching only these SKUs, while the rest will be announced later. 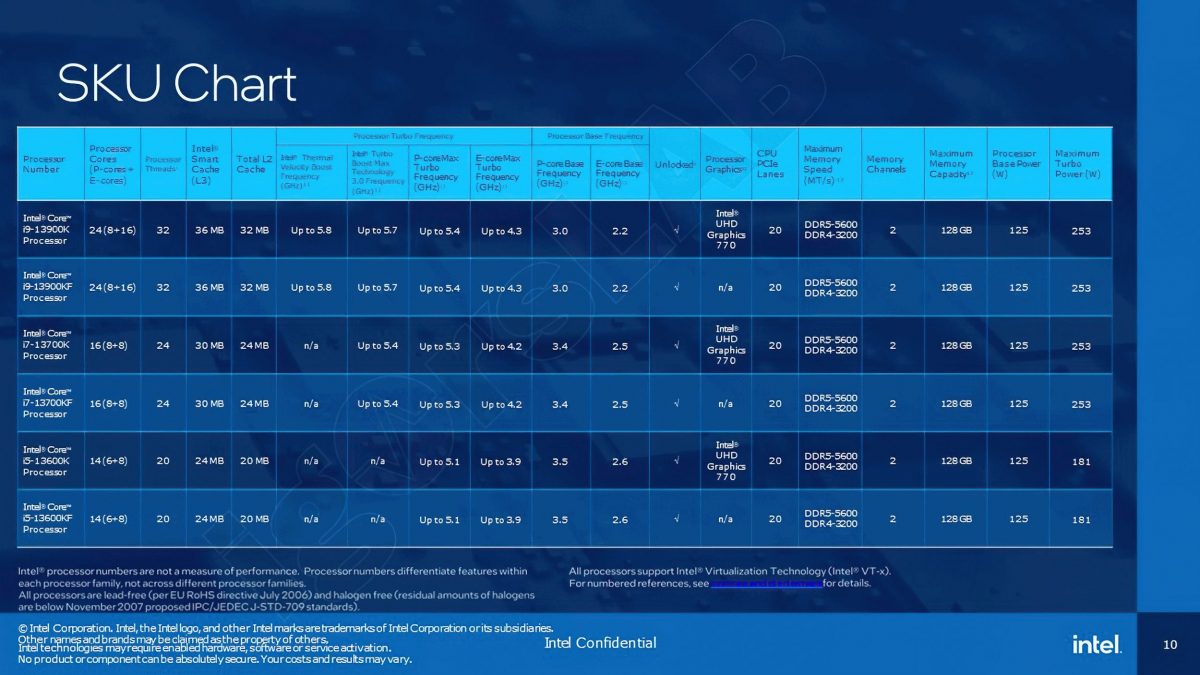 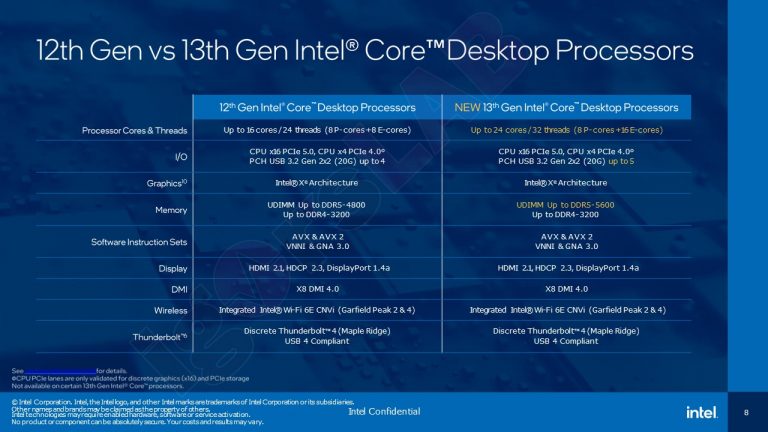 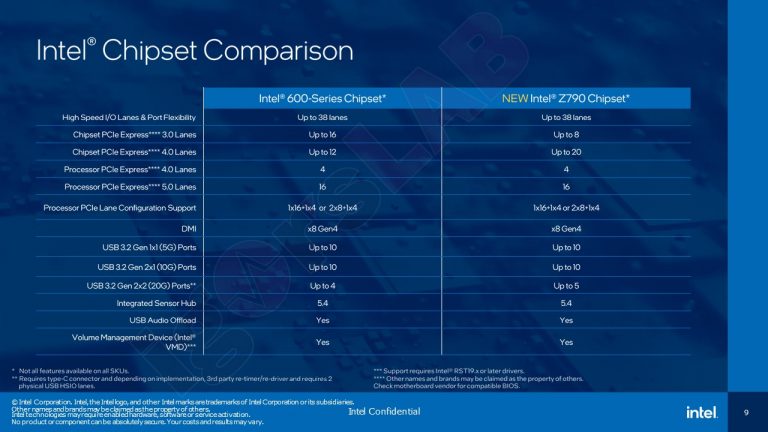 According to the slides, 13th Gen Core series only introduce faster DDR5-5600 memory support and higher core count. For the Z790 platform, this means increased PCIe Gen4 lanes to 20 at a cost of lower Gen3 lane count.

Intel is expected to launch its new series next month, but the official presentation is now planned for Innovation event on September 27th.