OCCT a popular stress testing and monitor tool for PCs has received a new feature for advanced CPU testing.

Just a day after we reported on CoreCycler, a community-based AMD Ryzen 5000 tunning tool for Curve Optimizer, we were notified by the OCCT developer that the latest version of the software also comes with a similar feature. Both tools give you an option to test individual cores, which could be very handy when manually adjusting AMD Curve Optimizer. This AMD overclocking/undervolting technology works on a per-core basis but does not provide an easy way to verify which cores are performing better. Enter OCCT, CoreCycler, or Clock Tuner for Ryzen, all three tools offer a way to verify the stability and overclocking potential of the processor, or more precisely of each core.

OCCT has an advantage over CoreCycler and CTR, as it offers core cycling testing on both Intel and AMD CPUs, whereas the other tools are limited to AMD Ryzen. The new version of OCCT can switch threads as fast at 150ms, which could be useful to find the culprit of the instability of the system. 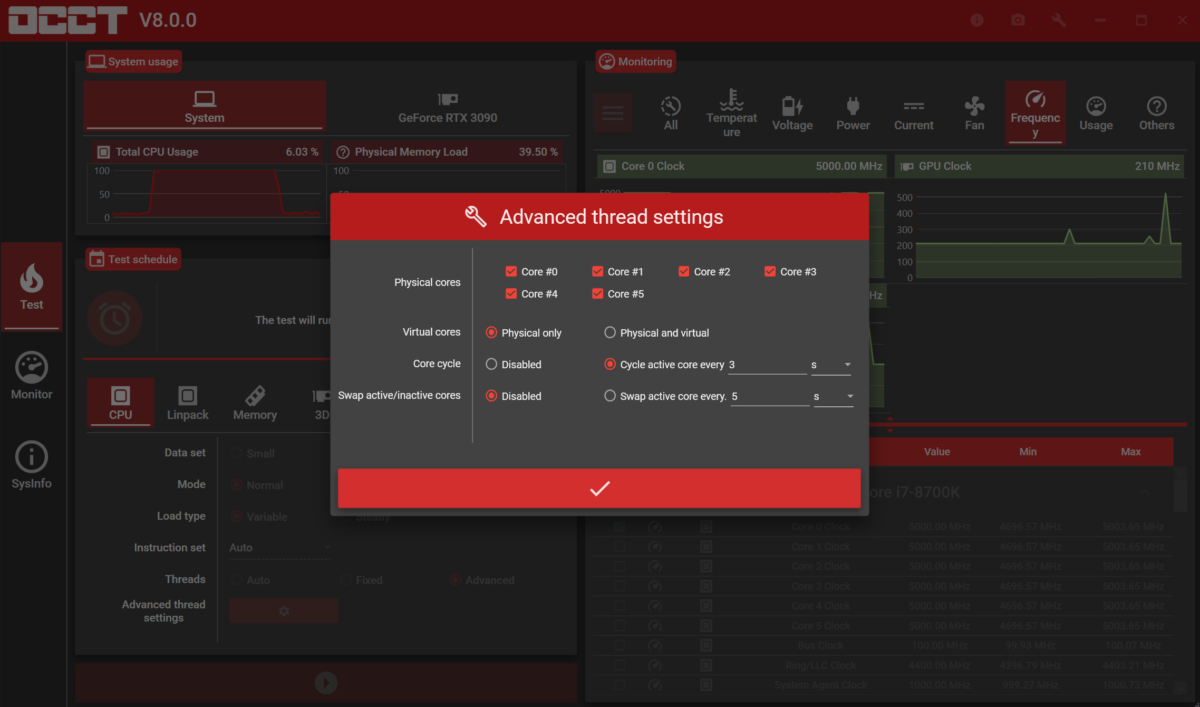 @VideoCardz Core Cycler isn't the only one than can check individual cores and cycle through them – check OCCT 8.0.0 that I just released ?

OCCT is available for free with a limit of one hour per test. Users who wish to perform longer testing are required to buy the Personal license which sots 21 EUR a year.