Today NVIDIA released a new Game Ready driver for GeForce RTX 4090. It brings much more than just support for the newest architecture, though.

The company has been working on improving performance for DirectX12 games. Some new enhancements are said to deliver up to 24% better performance in games such as Assassin’s Creed Valhalla.

NVIDIA has included new shader compilation optimizations, reduced CPU overhead and added Resizable Bar support for games like Forza Horizon 5 or F1 22. This was an effort to reduce CPU-bound bottlenecks to unlock more power for the discrete graphics.

Graphics cards such as RTX 3090 Ti can see up to 24.6% better performance, but these improvements also affect mid-range SKUS such as RTX 3060, delivering 3.4% to 7.3% higher framerate. 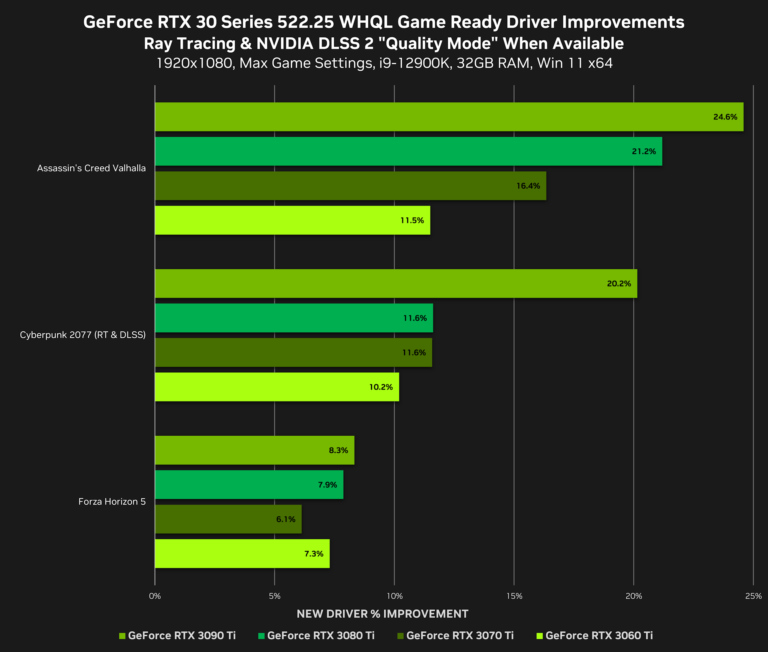 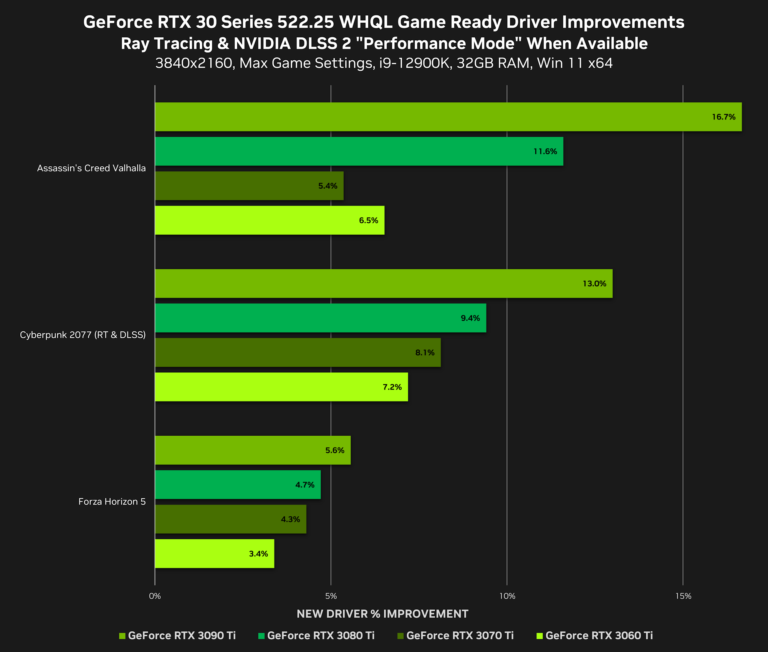 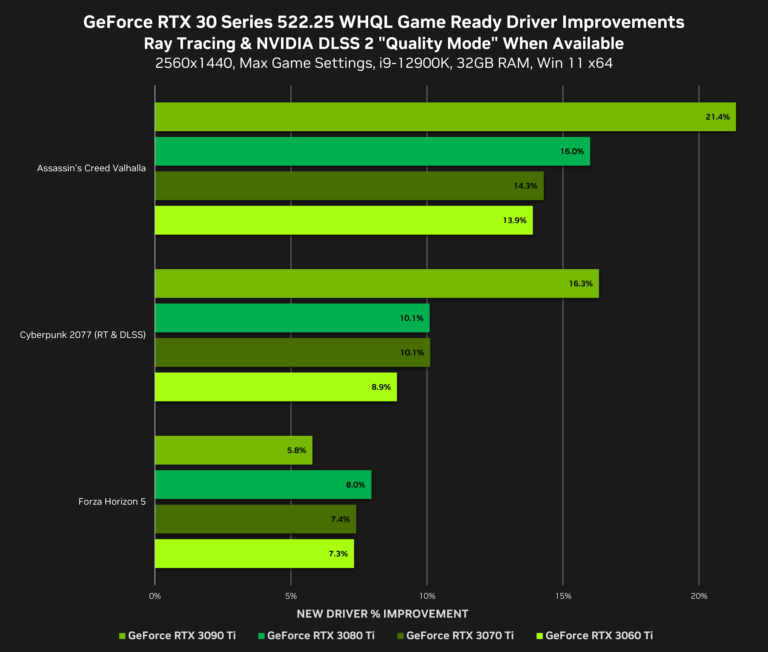 Our DirectX 12 optimizations apply to GeForce RTX graphics cards and laptops, though improvements will vary based on your specific system setup, and the game settings used. In our testing, performance increases were found in a wide variety of DirectX 12 games, across all resolutions:

Source: NVIDIA via The Verge