The RTX Empire strikes back

NVIDIA is taking a stand against the 100% LHR unlock on their GeForce RTX 30 graphics cards.

The latest 512.95 driver no longer allows the bypass for LHR crypto-limiter on RTX 30 series. Upon installing the new driver, all Windows based mining software will revert to ‘original’ hash rate, which is usually 50 to 70% depending on the algorithm and software.

The new driver does not permanently re-enable the LHR though. Miners can simply install the previous 512.77 driver which comes with the full LHR unlock. Therefore, this is not exactly a huge problem, it just means that casual miners, so the least problematic part of the mining community, will need to decide whether they want to mine or play the games with the latest drivers.

Lite Hash Rate was NVIDIA’s desperate attempt to discourage miners from buying their cards. Unfortunately, the cryptomining community was quick to crack LHR and 70% hashrate unlock came fairly quickly after the first LHR cards were released. However, the full LHR unlock has been available for only two weeks now.

The 512.95 mining lock has been confirmed by a YouTuber Juliano Caju. His RTX 3060 card is limited to 25 MH/s ETH hashrate with ‘nbminer’, which is a lot slower than 46 MH/s on the unlocked driver. 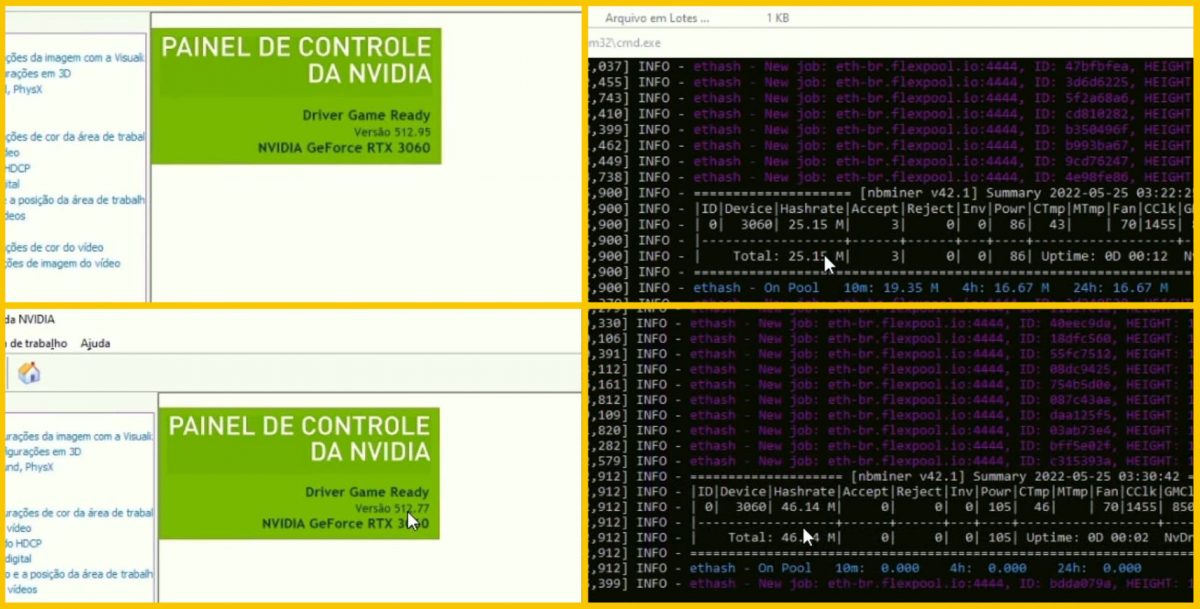 Please note that the video is in Portuguese, but you can use live-translation.