According to Notebookcheck NVIDIA has decided to drop the Max-Q and Max-P mobile SKU naming. What this means is that customers will no longer be able to differentiate between low-TGP and high-TGP variants of the graphics cards, unless the company clearly specifies the value itself.

The purchase of the next-gen laptop might be even more complicated than it was before. NVIDIA is now allegedly dropping Max-Q and Max-P naming for its mobile SKUs, which essentially means that notebook manufacturers will no longer list if their notebooks support this power-limiting technology.

Rather than enforce specific Max-Q TGP variants by specs, notebook makers will have more flexibility in adjusting this value. NVIDIA announced its 3rd Gen Max-Q technology for Ampere-based discrete mobile graphics cards earlier this month but has not mentioned that we will no longer see the technology listed with a product name.

NVIDIA came up with the Max-Q program to help notebook makers develop graphics cards with lower TGP. Rather than stick to hard-enforced power requirements, the Max-Q allowed manufacturers to find a compromise between desired GPU performance, generated temperature, and noise.

In the end, this has already caused a lot of confusion to customers who were no longer told which Max-Q variant they were buying. After the new change, it will not even be possible to differentiate between the full-fledged Max-P and Max-Q variants anymore. Customers will need to inquire this information from notebook makers or wait for detailed reviews.

3RD GEN MAX-Q TECHNOLOGIES
Max-Q is a system wide approach to deliver high performance in thin and light gaming laptops. Every aspect of the laptop, chip, software, PCB design, power delivery, and thermals, are optimized for power and performance. Our 3rd gen Max-Q technologies use AI and new system optimizations to make high performance gaming laptops faster and better than ever.

Update: it appears that NVIDIA did originally announce Max-Q and Max-P TGP variants, thus the change in SK naming must have happened recently. The following slide has been posted on a Chinese social media platform (spotted by @9550pro): 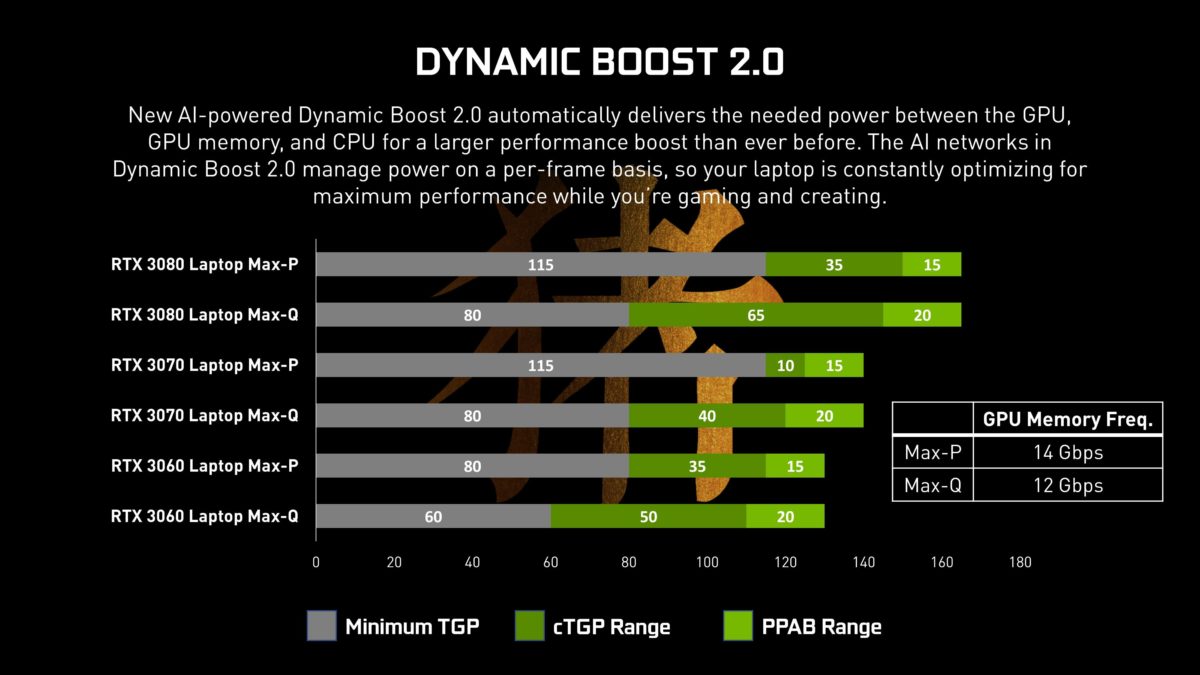 Official specifications list power ranges for their new GPUs. The RTX 3080, for instance, will be adjustable within the 80 to 150W range. This will also affect the clock speed, which will drop to 1245 MHz on the low power variant. This essentially means that a higher TGP variant of a lower SKU can very well reach the performance of the RTX model with more CUDA cores, simply because the latter is power limited.

We have checked notebook manufacturers’ websites if they really did remove the mention of Max-Q. It appears that the report is true, as even the manufacturers that had those listed at the time of CES 2021, have now removed this technology from RTX 30 GPU names. All cards are now listed as Laptop GPUs. 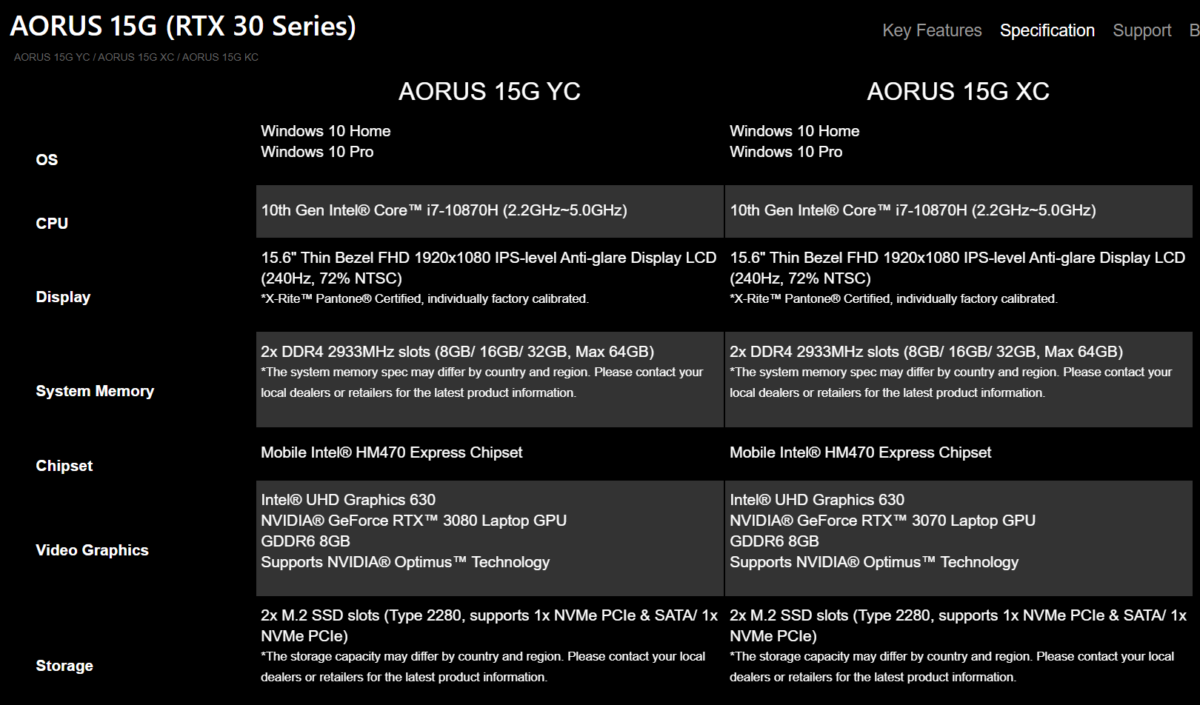