The first Ampere graphics card to launch earlier this year, the NVIDIA A100 accelerator, does not have any video encoding capability. The gaming-oriented GeForce RTX 30 series (also based on Ampere architecture) on the other hand, supports video encoding, which is an essential feature for many consumers.

NVIDIA has been developing and updating its NVNEC encoder since 2012 “Kepler era”. This encoder offloads the compute-intensive task of video encoding from CPU to GPU. This an essential technology for video streaming or mass encoding of personal footage to newer video formats (usually to preserve space).

NVIDIA updated the video encoding and decoding matrixes for Ampere non-A100 graphics cards (GeForce RTX 30). It basically confirms that NVIDIA GA102 and GA104 GPUs will decode the new AV1 open format up to 10-bit and 8Kx8K resolution. The video cards do not support AV1 encoding though, only the HEVC (H265) video format is supported. 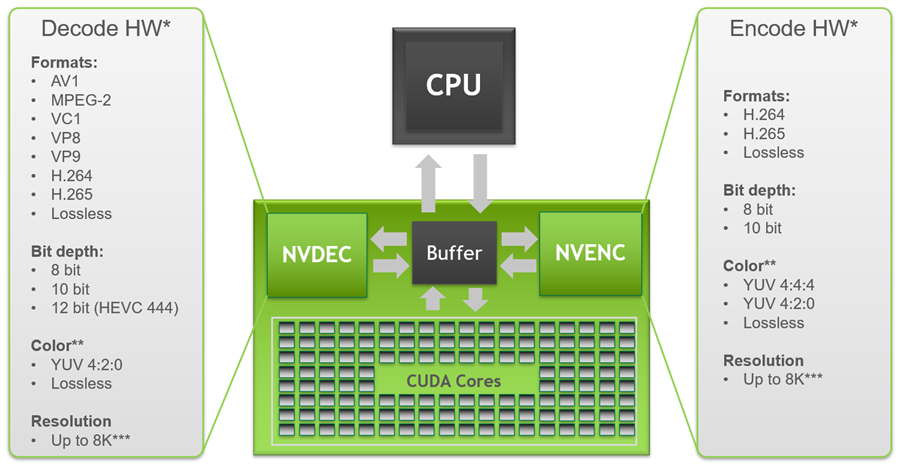