The preliminary specs have been updated with more accurate data.

NVIDIA has updated the specs for the H100, just 2 weeks after confirming its availability date.

NVIDIA is now displaying more accurate single-precision and double precision performance for its newest H100 GPU. The FP64 has increased from 30 TFLOPS to 34, while FP32 has been updated from 60 to 67 TFLOPs.

What this essentially means that the GPU equipped with 16896 CUDA cores will have higher GPU clock than previously reported. Not 1775 MHz, but at least 1982 MHz. The GH100 GPU features the same TSMC N4 custom process that Ada Lovelace architecture does, so there was definitely some room for improvement. 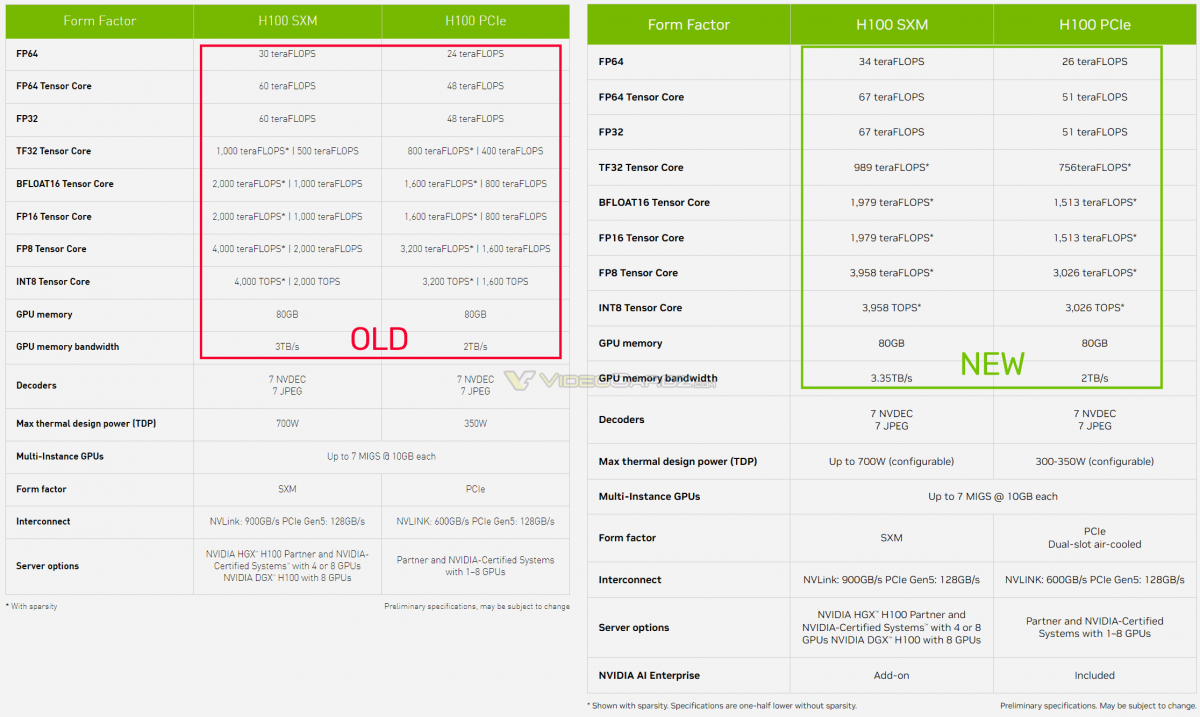 The Tensor Core accelerated compute numbers, for INT8, FP8, FP16, BFLOT16 have been updated as well, showing slightly lower estimates. Just a reminder that those are not raw compute performance numbers, but boosted through sparsity.

The H100 is a next-gen datacenter accelerator with TDP of 700W. This processor will be available with SXM mezzanine connector as PCI Express variant with TDP cut in half. At GTC 2022, NVIDIA CEO confirmed that H100 will start shipping in the first quarter of 2023 with NVIDIA DGX workstation systems. This GPU is already in full production.