NVIDIA R470 branch drivers will be the last to support Kepler architecture.

According to NVIDIA’s Data Center Documentation, the R470 branch of the NVIDIA graphics driver will be the last to support Kepler architecture, while Maxwell and Pascal’s support is to be maintained. The current R460 branch has been used by NVIDIA since the end of last year. Each branch usually is kept for a few months, usually about half of a year. This means that R470 branch supporting may be retired by a new branch by the end of this year. In other words, drivers for Kepler-based GeForce, Quadro, and Tesla products regular driver support is to be maintained for the next few months, then the drivers will shift to less regular updates.

Phoronix reports after NVIDIA that Linux R470 branch long-term support (LTSB) is to be maintained for 3 years. The LTSB branch is meant for data center accelerators, which require regular updates than consumer or workstation products. This of course does not reflect Windows ‘Game Ready’ drivers. To play the latest games users will be encouraged to upgrade their graphics to something more modern.

NVIDIA introduced Kepler architecture debuted in 2012 with GeForce GTX 600 series. It was also powering the GTX 700 series which were released a year later. 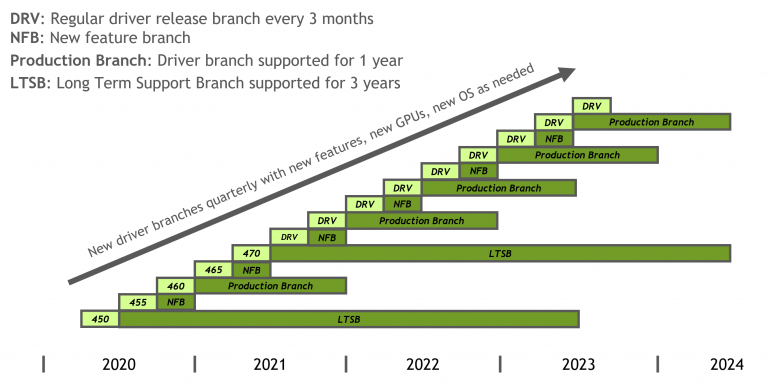