NVIDIA today confirmed that the launch date of the GeForce RTX 3070 graphics card has been postponed till October 29th. NVIDIA wants to avoid limited stock at launch, hence more cards are being produced to meet the demand. We are not sure if two weeks are going to change a lot in this matter, but the timing of this launch is definitely interesting as it lands right after the Radeon RX 6000 announcement.

In the same blog post on the NVIDIA website, we can find the very first graph showing RTX 3070 performance in synthetic and gaming scenarios.

The labels on the official graph are missing, so we went ahead and measured each graph and calculated how many pixels each bar has. This gave us values for reference. So yes, this definitely not perfect but it is better than nothing.

NVIDIA tested games with their RTX technology enabled whenever possible. It appears that DLSS was not enabled. Games were tested at 1440p resolution, which seems like a target for RTX 3070 SKU.

NVIDIA is now set to launch GeForce RTX 3070 on October 29th. On the same day, NVIDIA will lift the embargo on reviews, meaning that the time for purchase decisions may be limited. Hopefully, the supply will meet the demand, and customers will have time to read or watch the reviews. 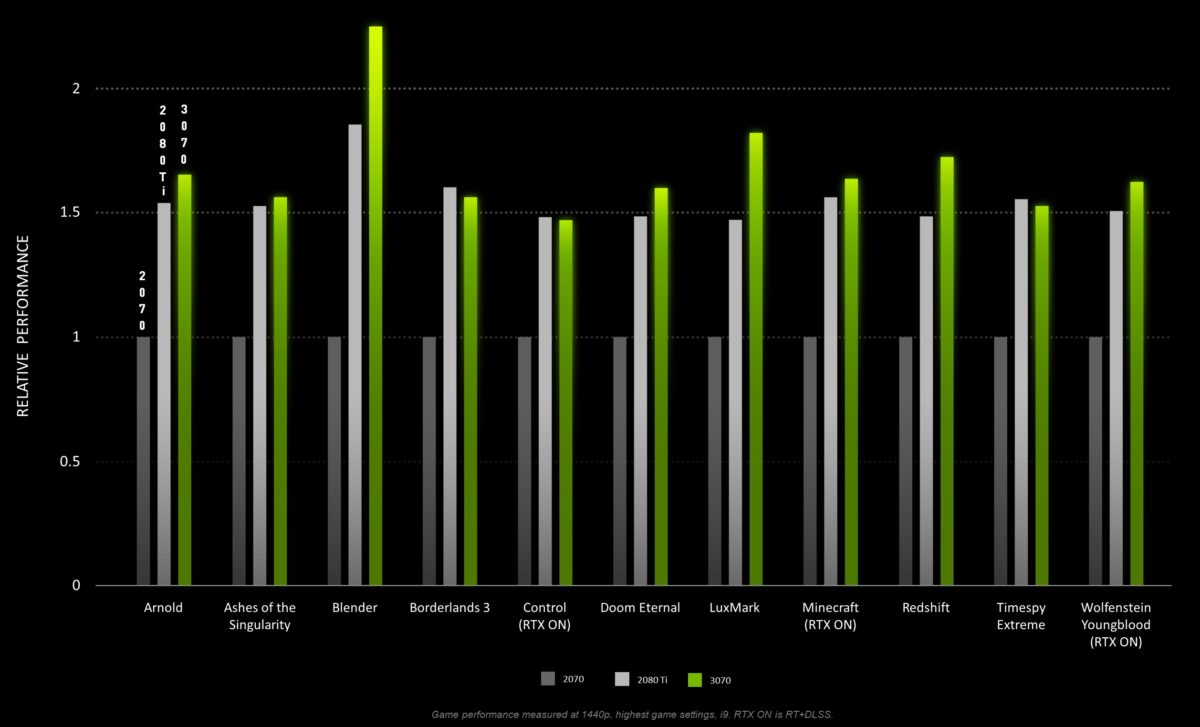