Graphics cards are back on the menu

What appeared to be a promotion of individual shops, is actually a global event prepared by NVIDIA.

To be honest, we have never seen any such marketing campaign before. After all, it is quite strange for a GPU company to announce graphics cards ‘in stock’ nearly 18 months since these cards were released, yet here were are. 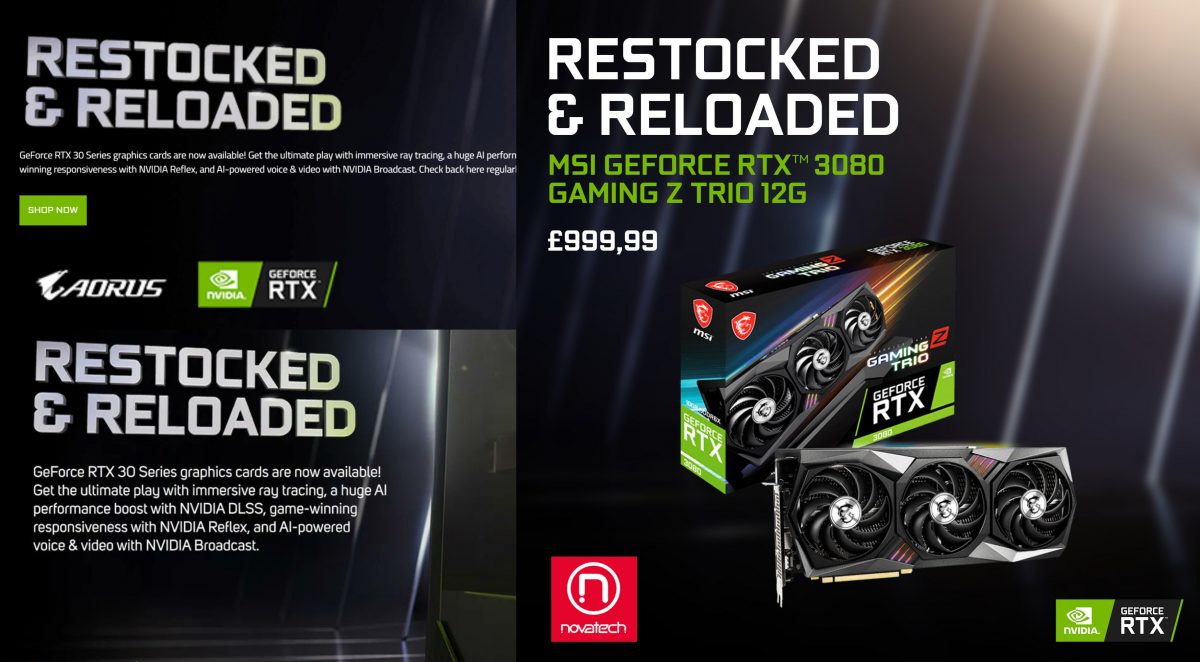 You can find the official event page below, or just check on your favorite GPU vendor. We have noticed that not all of them were ready or are still ‘restocking’. Either way, it is a good sign.