NVIDIA has not really been eager to launch SUPER Mobile series till the actual competition from AMD emerged. According to Notebookcheck sources, AMD is planning to introduce Radeon RX 5700M, RX 5550M, and RX 5300M soon. This lineup would compete directly with existing RTX and GTX Mobiles series, hence the need to provide better parts from NVIDIA.

The SUPER Mobile series will likely stick to higher CUDA core counts, possibly even mirroring desktop models. The slower parts from GTX series will also receive GDDR6 memory, according to the leaked slide.

The new parts are expected next year around March, but one would expect product previews earlier and CES2020 does seem to be the perfect place and time for such showcase. 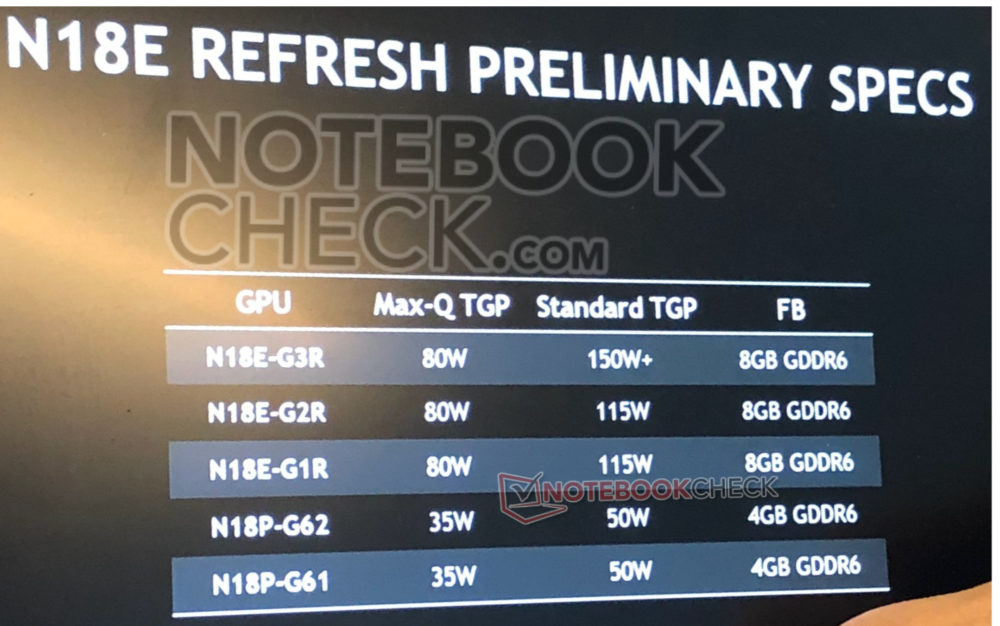