It is important to note that NVIDIA does not want its workstation graphics cards to be overclocked. This is for various reasons, including preserving stability, thermal and noise concerns, and preventing ECC-RAM issues. While there were ways to modify certain values on workstation NVIDIA and AMD graphics cards, the overclocking was never fully unlocked, until now.

Igor Wallossek discovered that a new Beta of MSI Afterburner actually unlocks overclocking for the Ampere RTX workstation cards. The 4.6.3 Beta 3 software allows core, memory, voltage, and fan curvature adjustment. Only the latter option is available for Turing RTX workstation cards though, which means that this trick works with Ampere RTX models exclusively. This version of Afterburner received numerous updates for Ampere’s new APIs, including new fan control and OC Scanner. It is possible that some of those changes unexpectedly unlocked features only reserved for RTX GeForce models.

In testing, the RTX A5000 graphics card which is based on GA102 GPU with 8192 CUDA cores and equipped with 24 GB of GDDR6 EEC memory has been running at a maximum clock rate of 1440 MHz. With the overclocking enabled, Igor managed to add 10% in real clock rate to around 1590 MHz, but in reality, this only provides around 5% more performance. 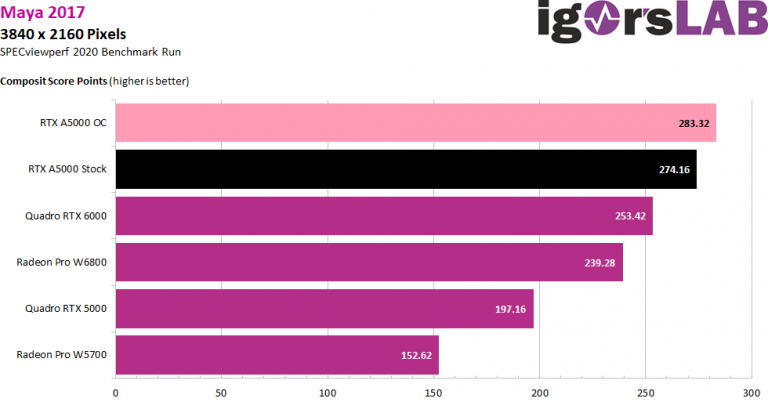 This overclocking attempt is unlikely to become a widely adopted trend. These graphics cards are very expensive and by using them outside of official specifications the warranty may easily be voided. Not to mention, these cards equipped with blower-type cooling solutions are far from perfect for overclocking, which is why Igor is already planning a second review, but this time with a water block. Either way, check his full review for more details.