NVIDIA announced that their RTX 3060 card will be the first gaming desktop graphics card to support Resizable BAR, a feature that allows the CPU to access GPU’s VRAM more efficiently. This technology is part of the official PCI Express specifications but has so far not been enabled for gaming cards by default. The technology requires compatible hardware, software, and a modification in graphics card’s BIOS.

From all GeForce RTX 30 desktop graphics cards only the RTX 3060 which was released 2 days ago comes with support for Re-BAR. Other card already supporting this technolgoy include AMD Radeon RX 6000 series and NVIDIA RTX 30 Laptop GPUs.

Meanwhile, it has been discovered that NVIDIA’s professional line of graphics cards, formerly known as “Quadro”, does seem to support Resizable BAR already. A Redditor “millenia3d” who purchased the graphics card has confirmed and posted the following screenshot: 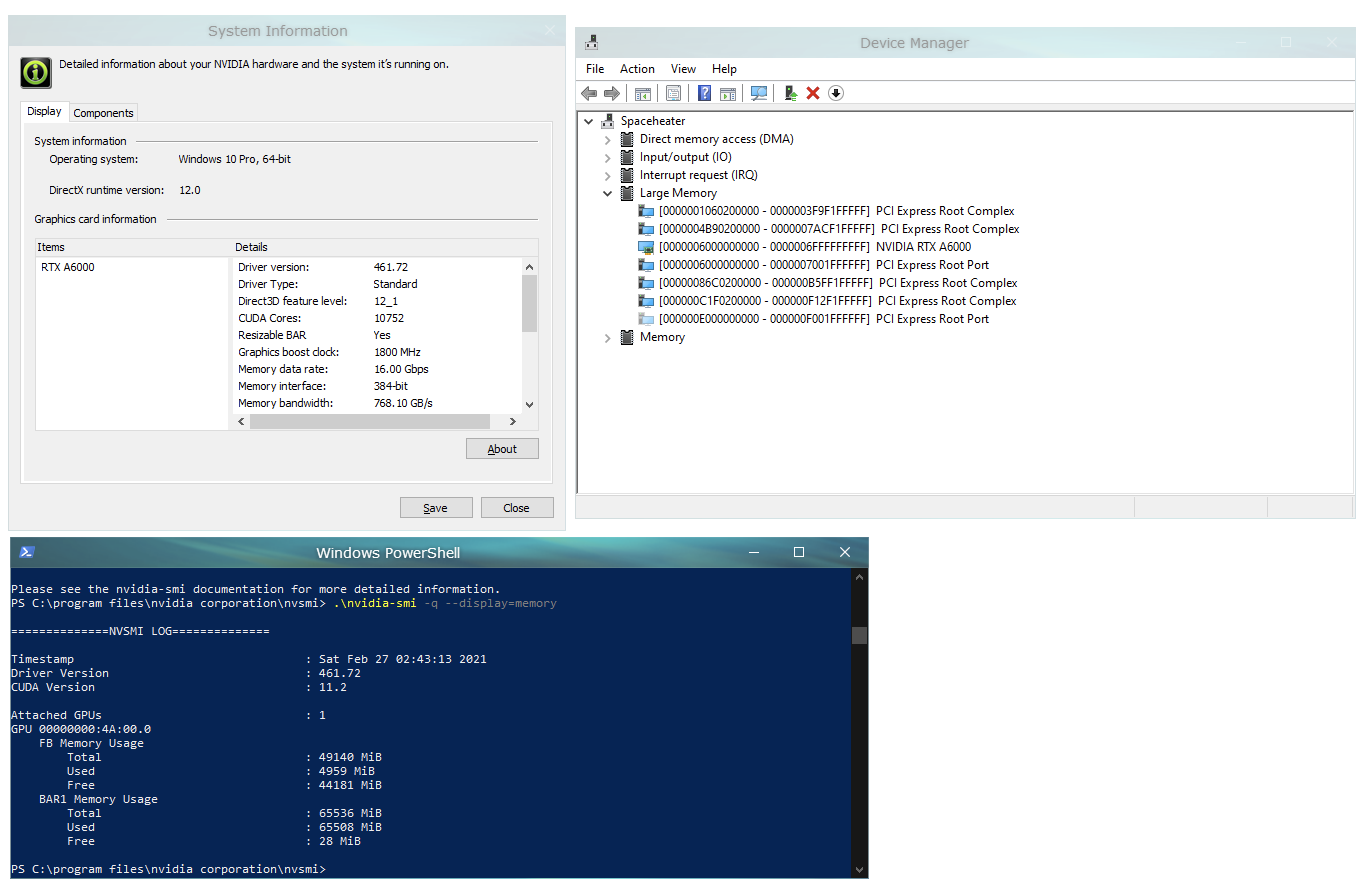 NVIDIA RTX A6000 is the only graphics in the Ampere lineup to offer full GA102 GPU with 10752 CUDA cores. This graphics card has twice the memory of the RTX 3090 with 48GB of total capacity. Unlike the gaming card, however, this model features GDDR6 non-X memory, because the newer standard is not yet available in such capacities. The RTX A6000 is not a cheap graphics card though, it goes for around 4650 USD, a way above RTX 3090 price, even after spike caused by mining boom, component shortage and increased tarrifs.