SPECviewperf 2020 benchmark result of yet unreleased NVIDIA RTX A6000 workstation graphics card have been leaked by AdoredTV. The RTX A6000 (Ampere-based) card appears to be 11% faster on average than Quadro RTX 6000 (Turing-based), which is definitely not a significant performance uplift compared to the predecessor. The site claims that it is unclear if the card is underperforming or this is the real performance of the next-generation workstation card.

NVIDIA announced its RTX A6000 professional graphics card earlier this month at GTC 2020 Digital. The company confirmed last week it is retiring its Quadro and Tesla brands as the gap between workstations and compute cards has started to become narrow. NVIDIA now offers A40, A6000, and A100 professional cards, each designed for a slightly different market. Only the A6000 features an RTX prefix, indicating that this is the actual workstation Quadro replacement. 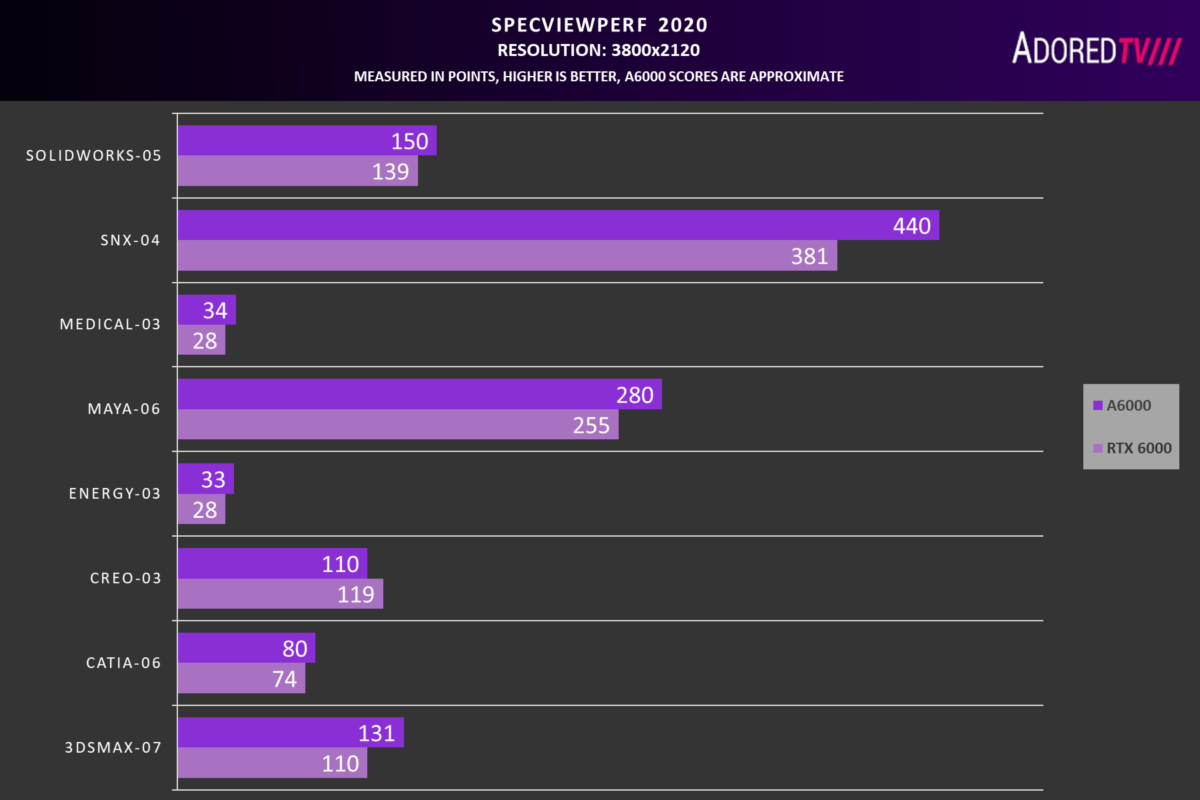