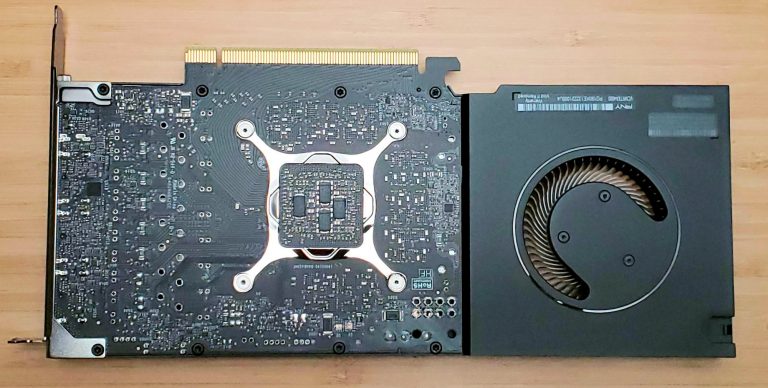 We do not get to see many teardowns of NVIDIA workstation cards, mainly because they are utterly expensive, and such operation usually means that the warranty is voided. Fortunately, this has not stopped snake-robot from looking under the hood of this blower-type this workstation model.

It may be hard not to refer to this card as Quadro, but with this generation of its workstation cards, NVIDIA ultimately dropped this brand in hopes of simplifying its product naming convention. It didn’t work, and even NVIDIA themselves still list their cards under the ‘RTX/Quadro’ page on the official website. There is really no better way to call these cards other than ‘RTX Ampere’, ‘RTX workstation” or ‘Quadro Ampere’.

NVIDIA RTX A4000 is based on PG190 board design, a derivative of RTX 3060 Ti PCB with an 8-pin power connector. This card, however, does not have a power connector attached directly to the board but relies on an extension cable.

The graphics card is equipped with NVIDIA GA104-875 GPU featuring all 6144 CUDA cores enabled (essentially the same GPU as RTX 3070 Ti). Unlike the GeForce series though, workstation Ampere relies on GDDR6 non-X memory. This model features Samsung K4ZAF325BM-HC16 modules, each featuring 2GB of capacity clocked at 16 Gbps. Another difference is 230W TDP in comparison to RTX 3070 Ti’s 290W. 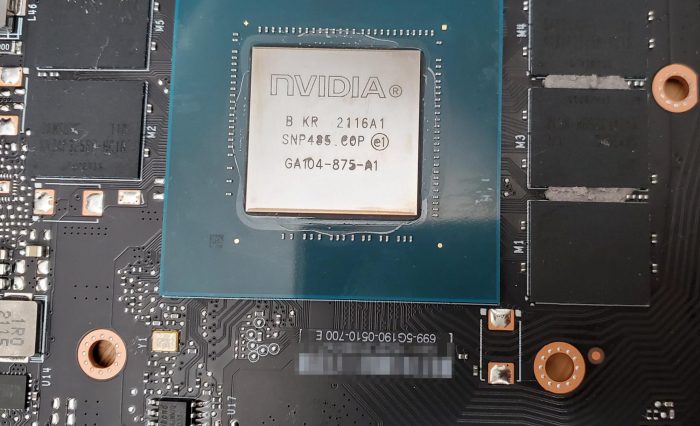 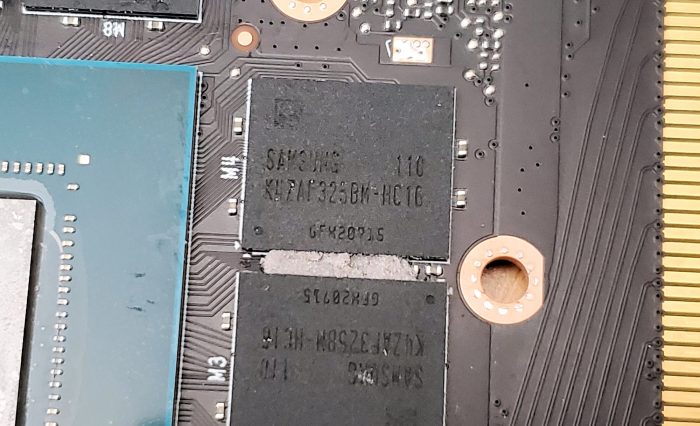 This RTX A4000 teardown might answer a question that has been frequently asked by our readers. What had ever happened to blower-type Ampere gaming cards? According to our information, NVIDIA has banned board partners from launching such designs, because they could’ve affected the sales of RTX Ampere models, all of which are using blower coolers. There were even instances where RTX gaming cards that launched 2 weeks prior have been removed from AIB websites. Some manufacturers had even reached out to us to remove articles about these cards, those requests were obviously ignored. In case you are wondering what have we missed, take a look at this article.