A single test result of GeForce RTX 4070 Ti for render benchmark was added to the official ranking.

OctaneBench is not a gaming benchmark, but a graphics render engine that supports computing interfaces such as NVIDIA CUDA or Metal on Intel/AMD hardware. The top of the ranking is fully occupied by NVIDIA RTX graphics, including the enthusiast RTX 4090 and RTX 4080 models (the benchmark supports RTX acceleration). Recently, a result for RTX 4070 Ti has also been added.

NVIDIA RTX 4070 Ti is the upcoming AD104 based high-end GPU. It reportedly features 7680 CUDA cores and 12GB of GDDR6X memory. This is the first desktop GPU that is set to come out next year. 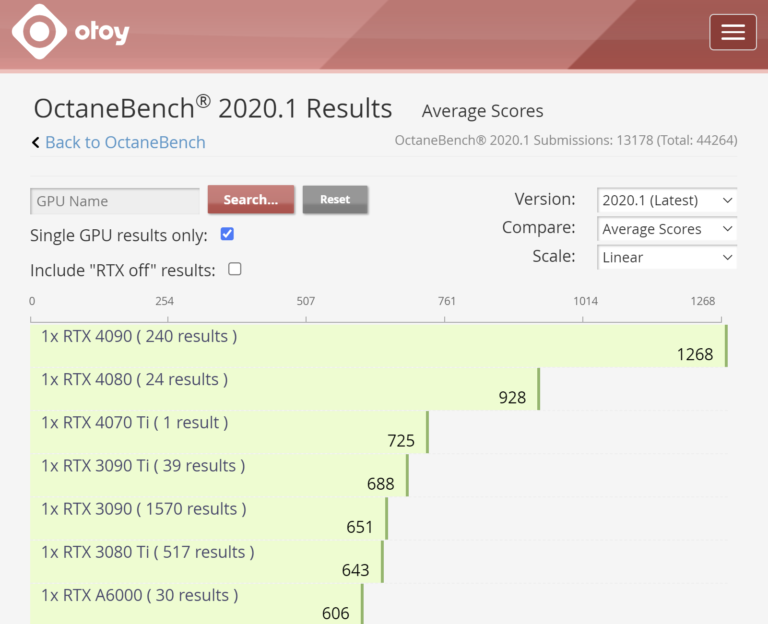 According to the data collected by the software, the card scores 725 points in OctaneBench 2020.1, this is 5% faster than RTX 3090 Ti, the flagship desktop GPU based on Ampere architecture. A score of 100 points is relatively to 100% of GTX 980 graphics card performance, that said, the RTX 4070 Ti is also 7.25x faster than this Maxwell GM204 based SKU in this particular benchmark.

However, it should be noted that this is a single score only, and it is not clear if the card was running with non-standard configuration, such as overclocking.

Reviewers are now conducing their tests of RTX 4070 Ti graphics cards and this benchmark leak is likely from one of them. The card officially launches on January 5th, but reviews are to be published a day sooner.