No more renders, the PCB has been shown during RTX 40 Editors Day. 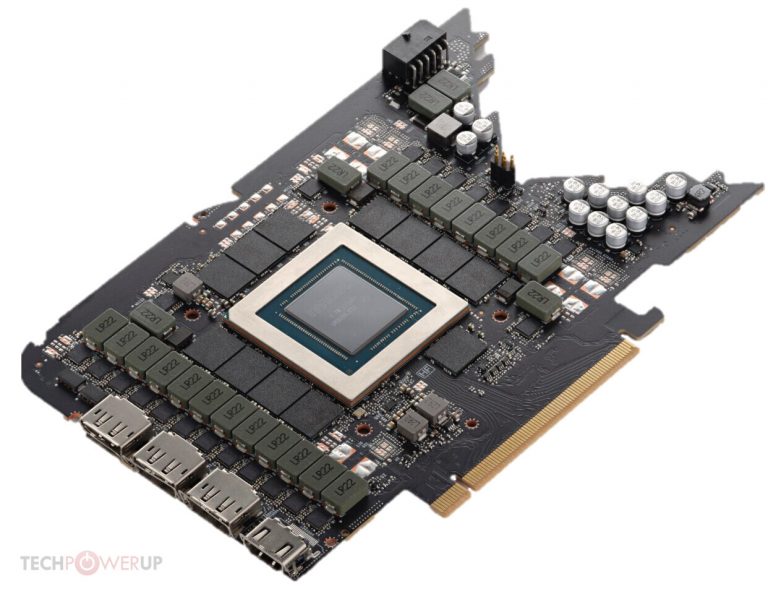 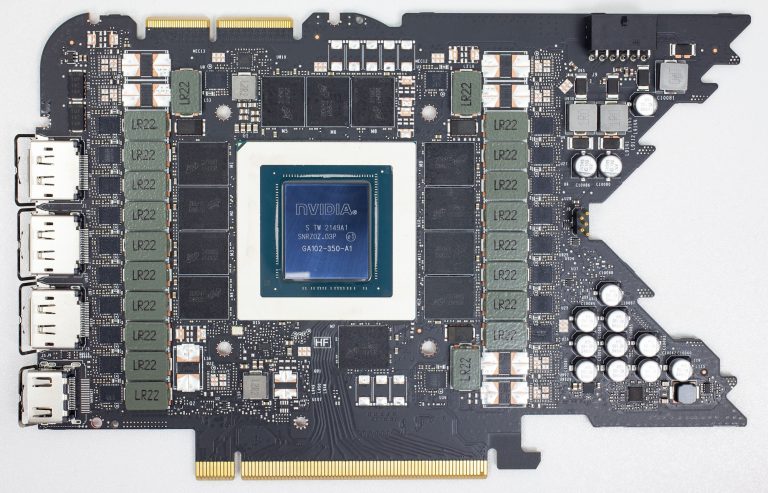 The RTX 4090 PCB has better power transient management, claims NVIDIA. The compact PCB for NVIDIA’s own massive triple-slot RTX 4090 design has just as many power stages as RTX 3090 Ti. This is also the first time the company has shown the AD102 GPU in a real photograph.

The PCB looks almost identical to the RTX 3090 Ti from Founders Edition. There are some minimal changes, such as relocated capacitors or lack of NVLink on the RTX 40 model, but even the layout of the GDDR6X memory and VRMs has not changed. 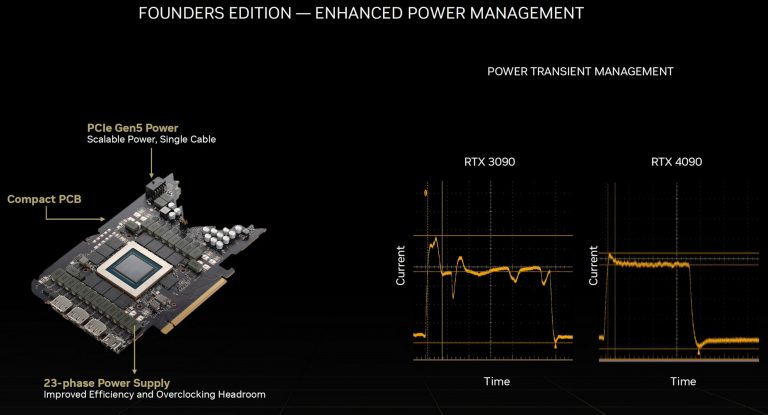 According to NVIDIA, the RTX 4090 has 20+3 (GPU/memory) re-architectured phases with better transient voltage management. This should limit power excursions compared to previous generations. Furthermore, this should also reduce a chance of power supply switching off due to power spikes. No ATX 3.0 power supply is required, confirms NVIDIA.

The PCB is designed for PCIe Gen 12+4-pin (12VHPWR) connector, drawing up to 600W when GPU is overclocked. Thus far, all board partners have announced a default TDP of 450W, but some are hinting at higher TDP with dual-BIOS settings. We have already reported that the maximum configurable TGP is above 600W, but it is not clear how many cards will see such a limit. In any case, NVIDIA says that 3×8-pin or 4×8-pin to 16-pin power adapters will work just fine with any power supply.

NVIDIA is also disclosing details on AD102 GPU, the flagship processor indented for RTX 4090. This GPU is to feature 76.3B transistors and up to 18432 CUDA cores (FP32 units) in full configuration (so not for 4090). They are combined into 12 GPC (Graphics Processing Clusters) and 144 SMs (Streaming Multiprocessors). NVIDIA confirms that full AD102 GPU has 576 Tensor cores and 144 RT cores. Furthermore, the RTX 4090 will have 192 ROPs. 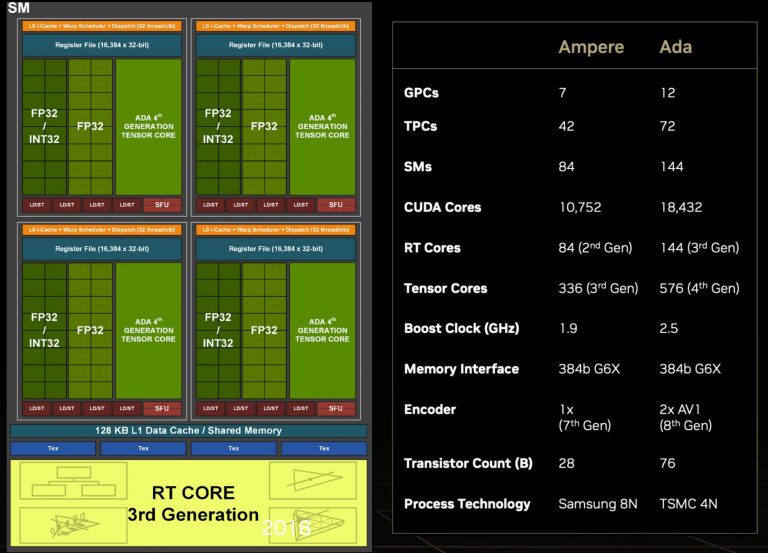 NVIDIA is also making some claims regarding the design of Founders Edition. What was immediately noticed in the first leaks was bigger fans. This change alone will improve airflow by 20%. What has not been pictured yet is the new heatsink underneath the updated frame, redesigned vapor-chamber and new base plate. 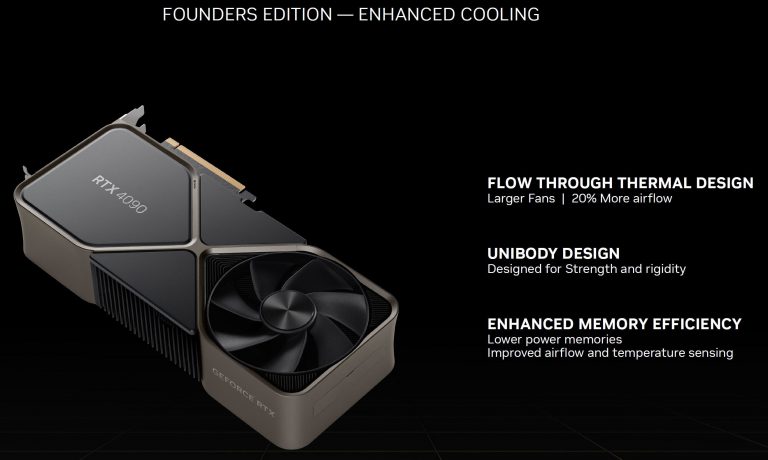