NVIDIA confirms its roadmap for datacenters

Today NVIDIA revealed its plans for the next four years for datacenters.

NVIDIA confirms that their architecture will have “a 2-year rhythm with a kicker in-between”. The founder and CEO of NVIDIA Jensen Huang said during his GTC 2021 keynote that the company will now focus on x86 architecture only to focus on ARM the year later. The company will offer solutions that can be adopted for both architectures to fit the requirements of their customers, Jensen said.

What NVIDIA did not confirm are the names of the new architecture. The company’s first ARM-based CPU codenamed Project Grace has only been unveiled today, that should launch in 2023, the roadmap reveals. Meanwhile, NVIDIA is already looking forward to launching its Grace Next CPU in four years.

NVIDIA also revealed that Ampere’s successor (Ampere Next) possibly codenamed Lovelace will launch next year. While this is a data center roadmap, it will likely affect the client roadmap as well. The data center products are often released sooner than consumer products, so it does not ultimately confirm that Ampere Next-based GeForce cards will too launch next year. At least this is not something that was explicitly mentioned by Jensen.

Finally, NVIDIA outlined its plans for Bluefield data processing units. NVIDIA wants to launch its Bluefield-4 processor by 2024, whereas the Bluefield-2 that was announced today will launch but the new of 2022, the roadmap indicates. 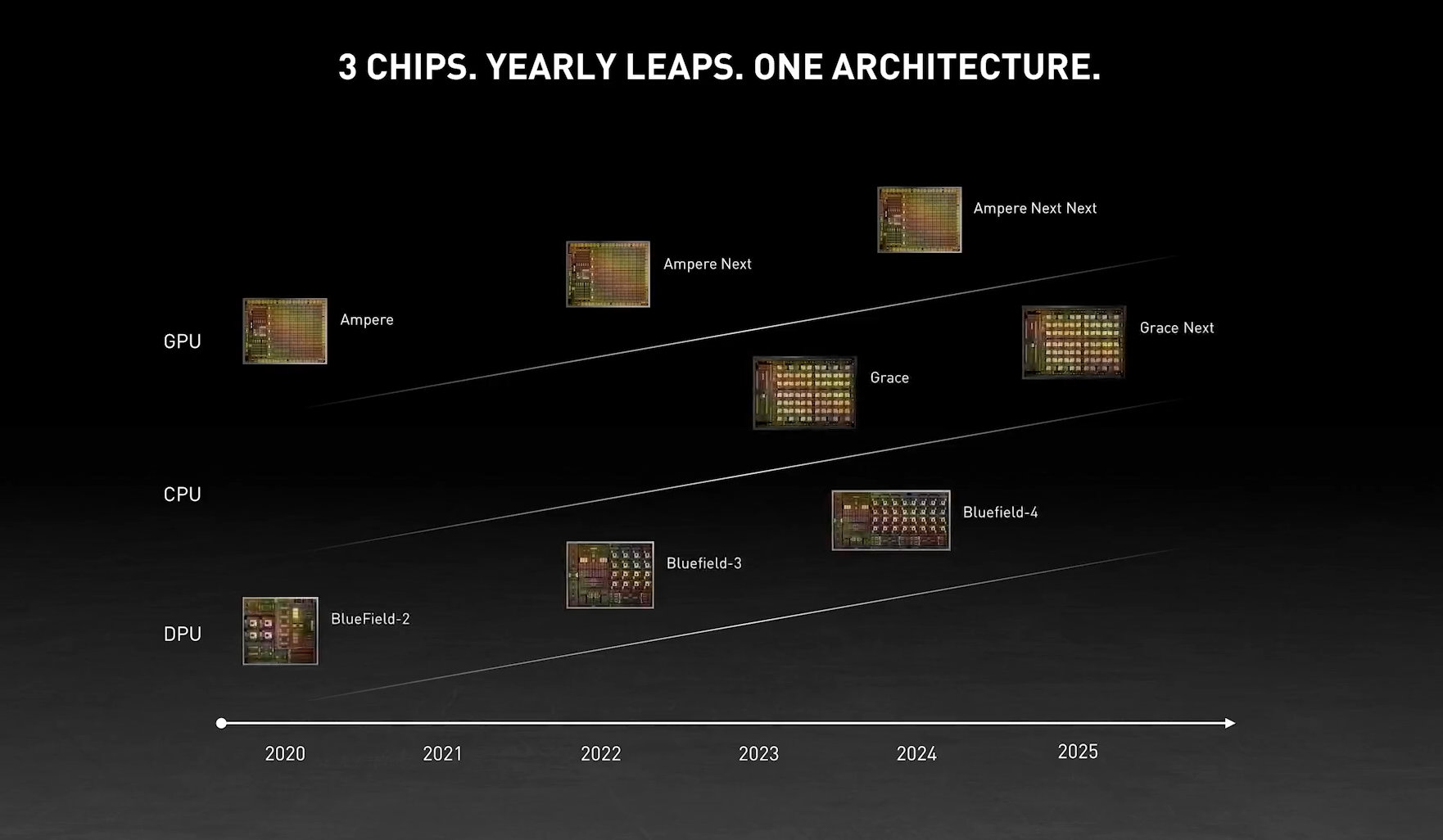