A new video from Moore’s Law Is Dead shows a new power connector for the next-generation Quadro series.

NVIDIA Quadro RTX (A)6000 with a new power connector?

New information on the next-generation Quadro has been published on Moore’s Law is Dead YouTube channel. The photographs reveal a new industrial design for the professional line of graphics cards from NVIDIA.

The Quadro RTX (A)6000 is rumored to feature a full GA102 GPU with 10752 CUDA cores. Unlike the GeForce RTX series though, this model will not have GDDR6X memory. This is due to the fact that the Quadro series require more memory capacity, which GDDR6X technology simply supplies yet. The GeForce RTX implementation of GDDR6X memory already offers a maximum frame buffer up to 1GB per module. The Quadro series would feature GDDR6 technology because only this way it would be able to offer twice the memory size of the RTX 3090 (24GB), and the same buffer size the Quadro RTX 8000 (Turing).

Interestingly the photos also seem to indicate that the card would offer a new power connector. The connector appears to be EPS-12V design, which is capable of delivering up to 235W alone. The PCIe 8-pin is only allowing up to 150W. Whether Quadro Ampere uses the same cable as motherboards, we don’t know yet, but it is an interesting decision following NVIDIA’s 12-pin power connector for GeForce RTX 30 Founders Edition. 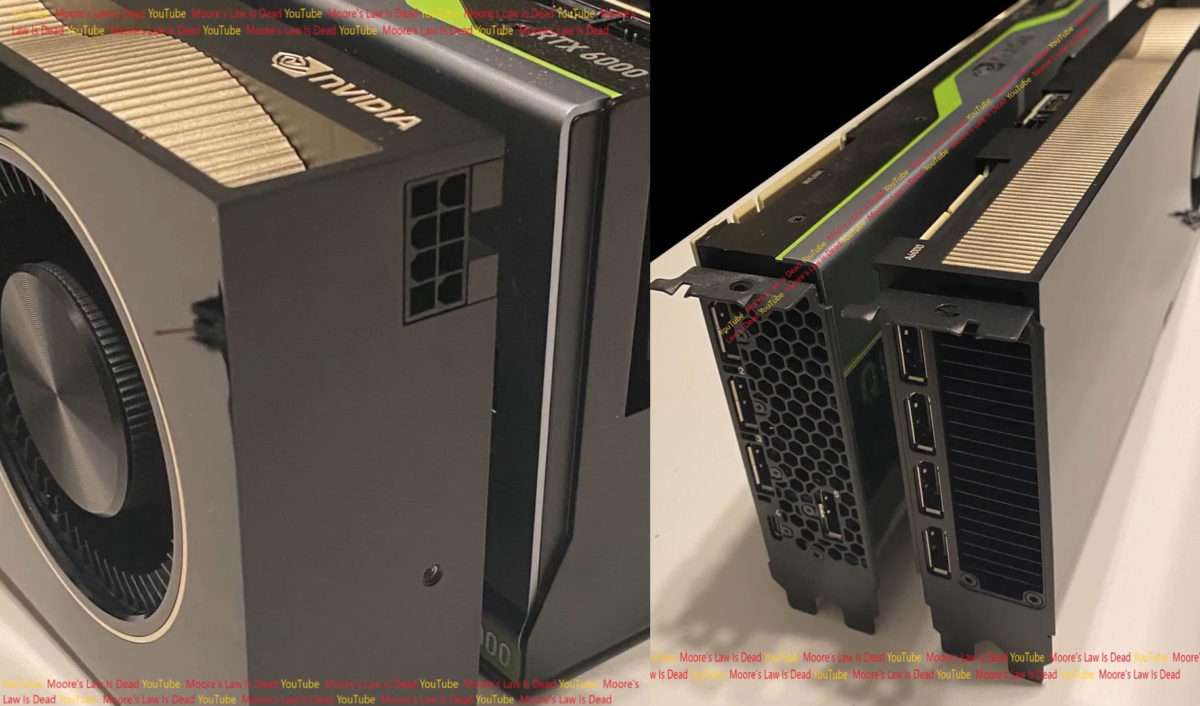 A partial roadmap has also been revealed. It would appear that NVIDIA has no plans to release the RTX 8000 successor until at least the second half of 2021. The RTX Ampere series is allegedly set to launch somewhere in November this year. The roadmap also shows power targets for RTX (A)5000 (also likely to feature GA102 GPU) and RTX (A)4000. The latter would be another GA104 graphics card with 16GB of memory, similarly to the rumored GeForce RTX 3070 Ti. 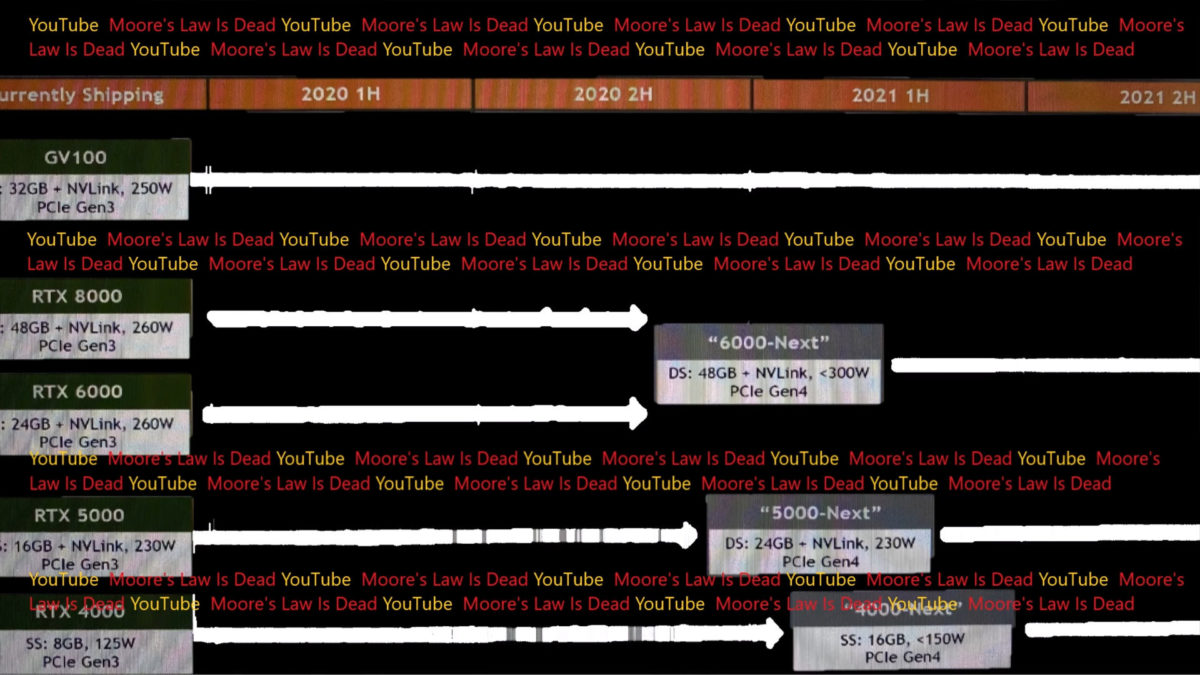 The Quadro RTX A6000 is expected to debut on October 5th, when NVIDIA will host its GTC Digital event.