According to the video, the next-generation Ampere graphics card achieved more than 70% higher performance than Turing flagship, the RTX 2080 Ti. In most scenes, the average framerate oscillated around 120 FPS with a maximum going up to 160-170 FPS. In the same scenes, the RTX 2080 Ti offered around 110 to 120 FPS.

For this comparison, NVIDIA used a 455.77 driver, which has not yet been made available. It might be the first WHQL driver for the upcoming series.

NVIDIA GeForce RTX 3080 officially launches on September 17th. The price of this model has been set to 699 USD. This model offers 8704 CUDA cores and 10GB of GDDR6X 320-bit memory.

Watch the first ever DOOM Eternal gameplay captured on a GeForce RTX 3080 at blistering speed in 4K and max settings. Learn More About GeForce RTX 30 Series:… 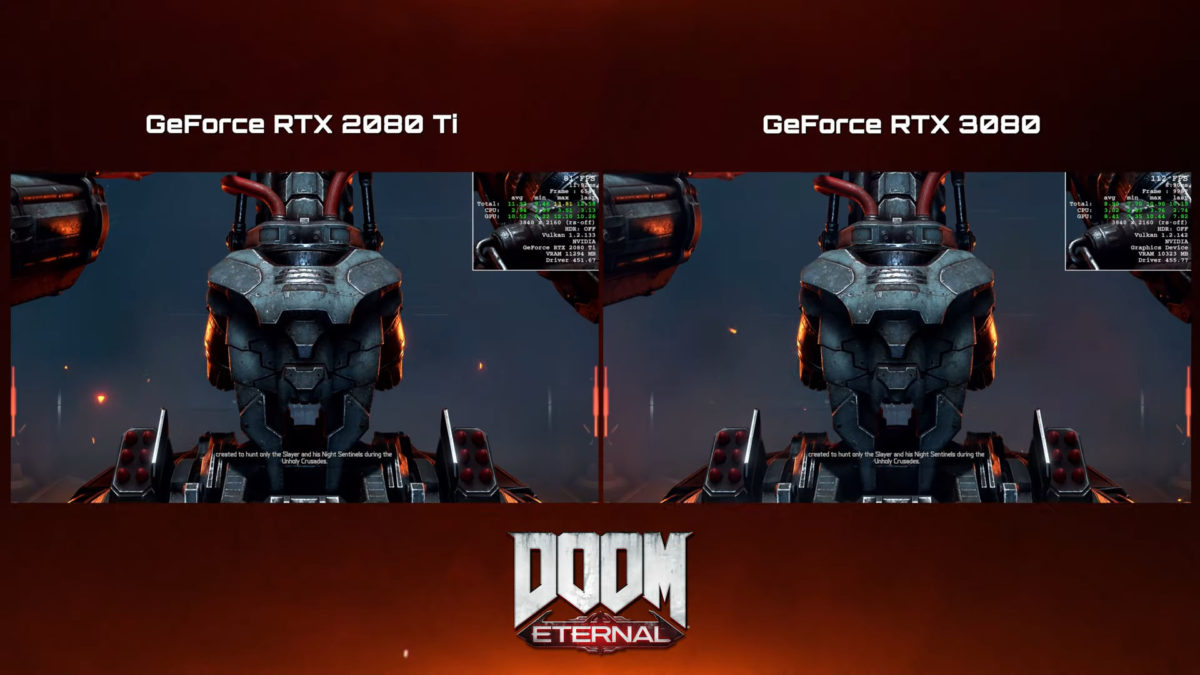 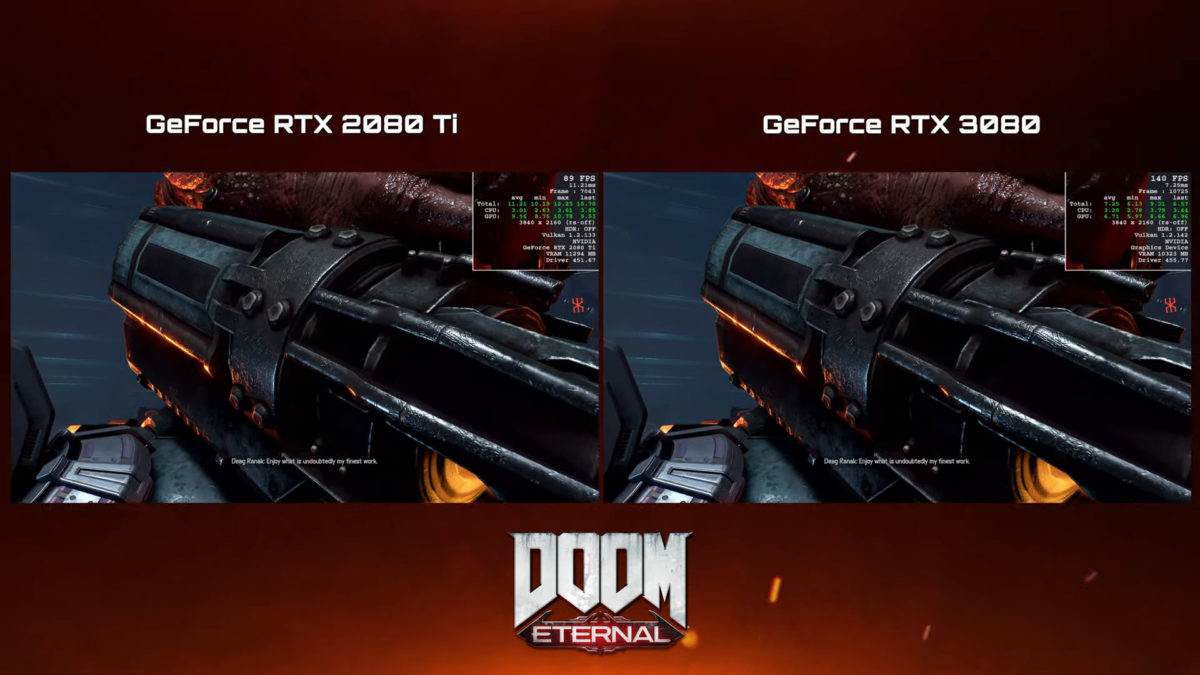 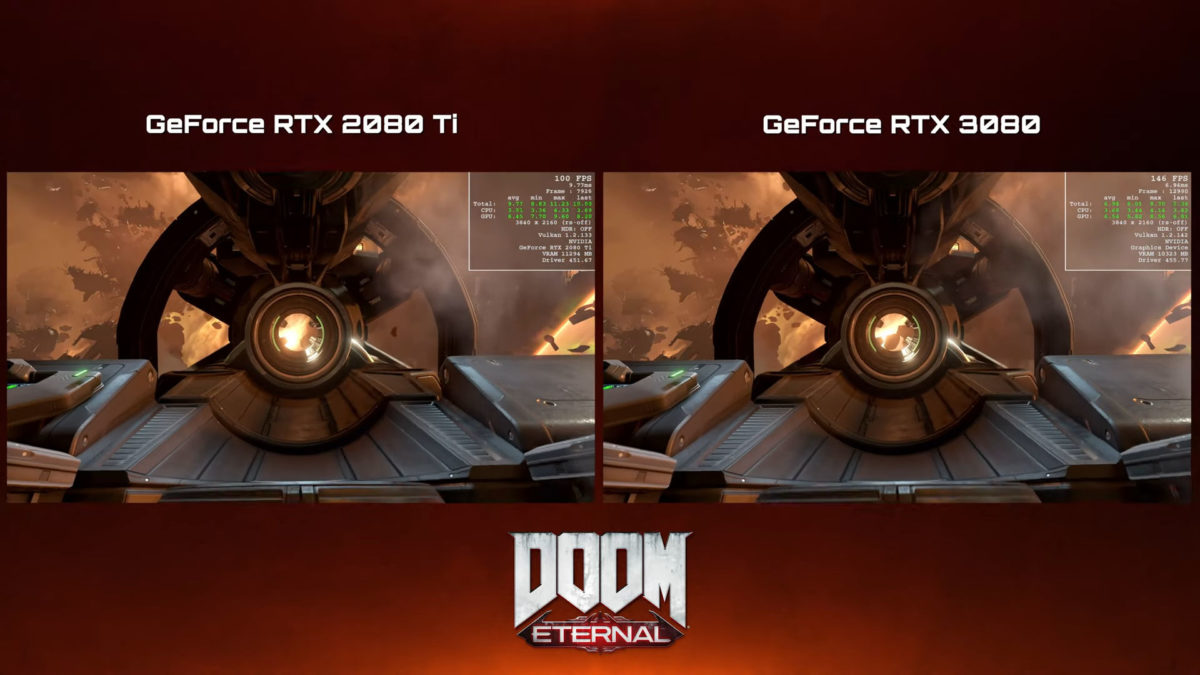 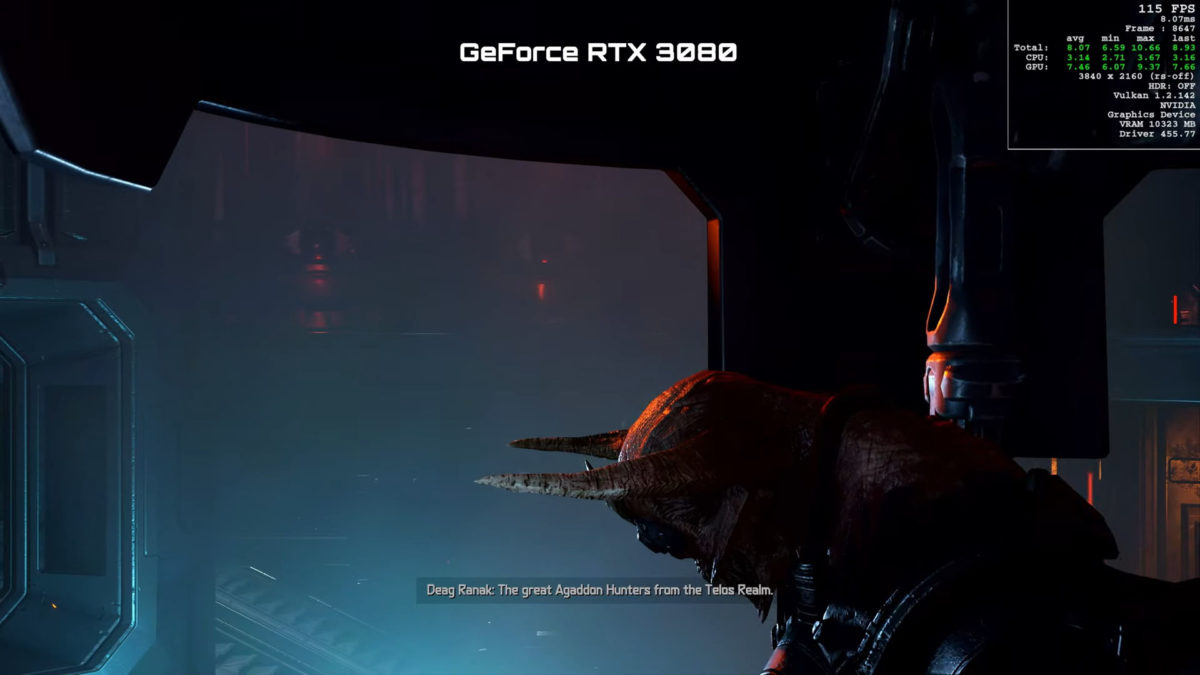 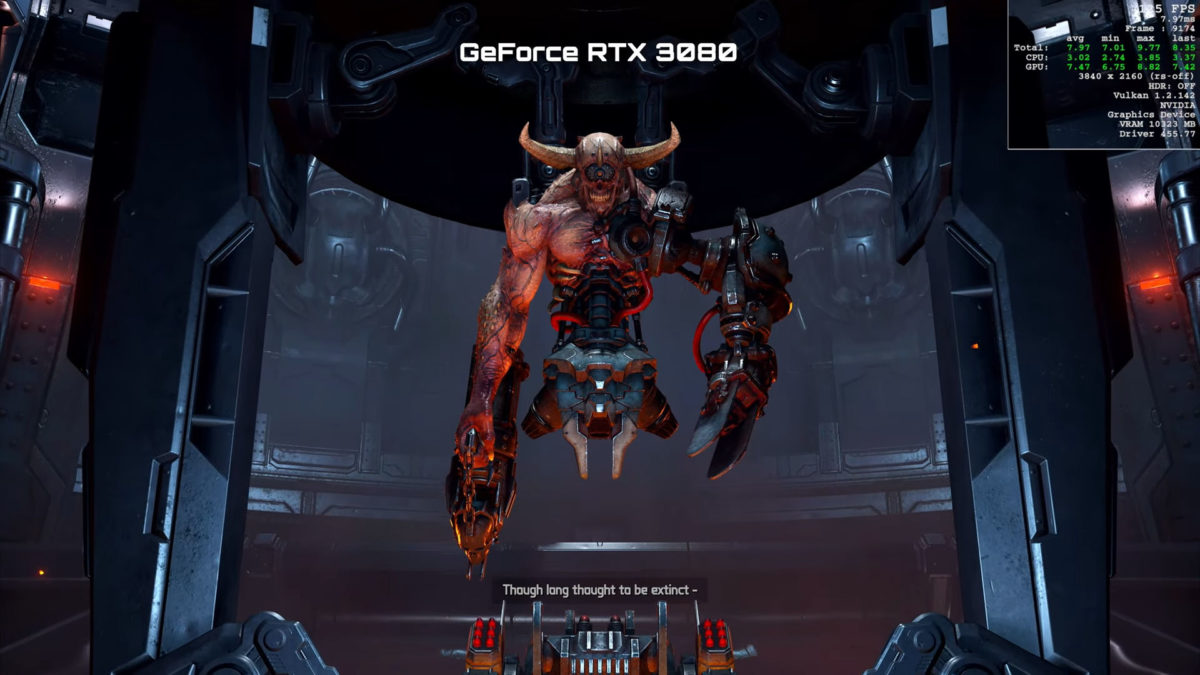 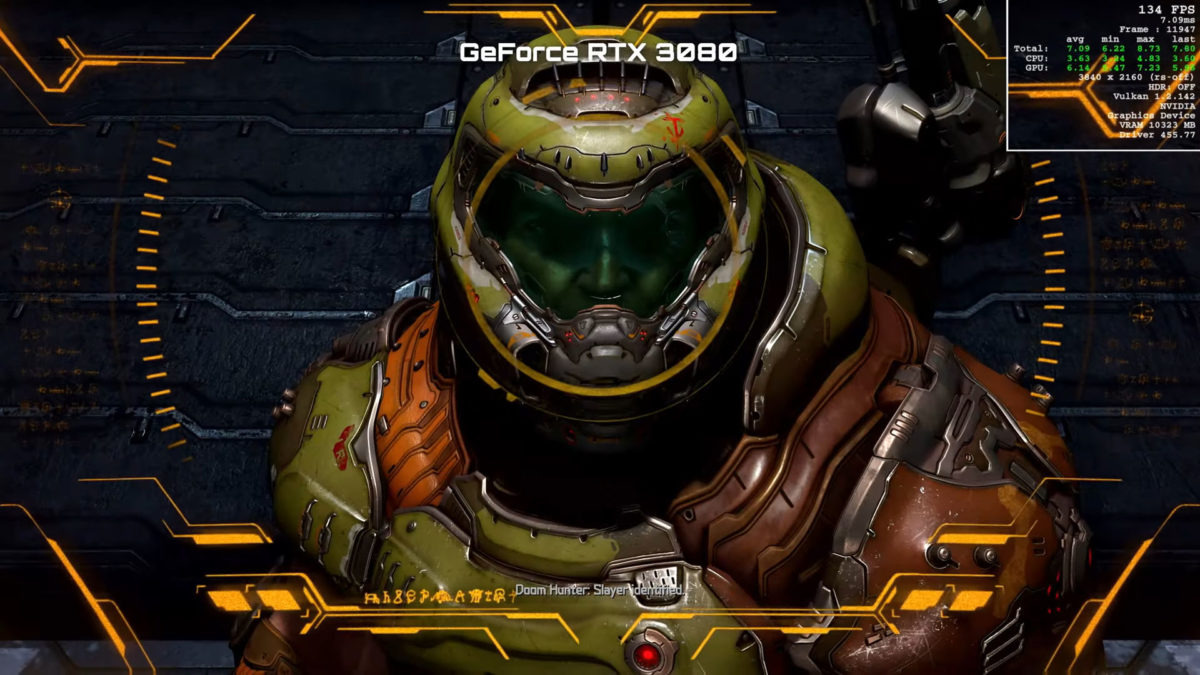 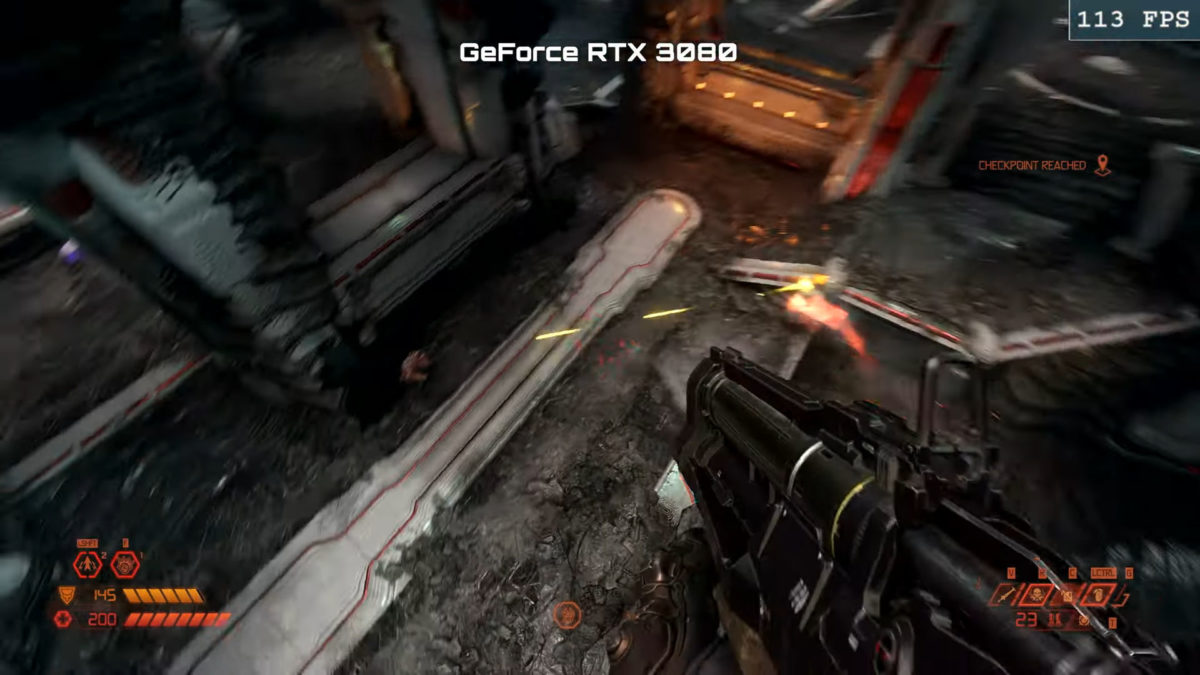