The GPU maker confirms the new GeForce SKU in the most unexpected way.

With the release of the new Game Ready driver, NVIDIA officially confirmed it is launching a new SKU, the RTX 2060 12GB. It is therefore not called RTX 2065 or 2060 Super 12GB as some have thought, but exactly how it appeared in the leaks, simply RTX 2060 12GB.

Interestingly, the fact that NVIDIA is launching such an SKU is not even mentioned in the official blog post for the new driver. Instead, the SKU shows up in the release notes, which are always published alongside the new driver. 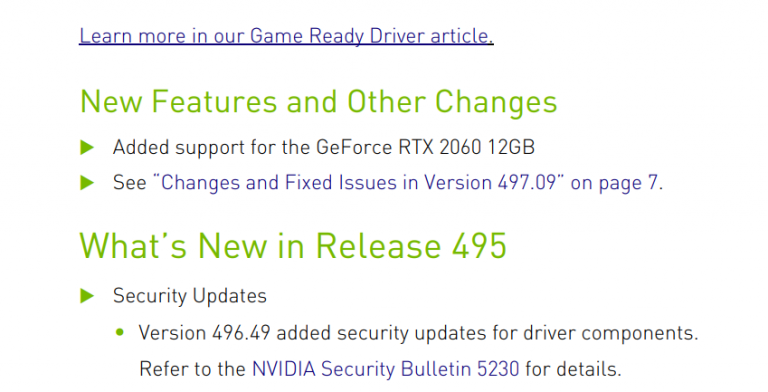 NVIDIA GeForce RTX 2060 12GB is to feature TU106 GPU with 2176 CUDA cores. This model will only not be equipped with more CUDA cores but also twice as much memory as the original RTX 2060 with a 6GB buffer. The specifications are therefore nearly identical to RTX 2060 SUPER, however, the bandwidth will be limited by a 192-bit memory bus.

The appearance of the card in the drivers seemingly confirms that it launches next week. The previously mentioned date is December 7th.