NVIDIA expects GeForce RTX 3060 Ti to be 1.4x faster than RTX 2060 SUPER, according to the official slide that was released to the press today. The slide did not have any performance figures and the press event was lacking in any detail, but we managed to measure the bars to give you a rough estimate of the card performance.

NVIDIA is targetting RTX 2080 SUPER with the new model being faster by a few percent, according to the data we collected. There are a few differences between both SKUs and few similarities. The RTX 3060 Ti and RTX 2080 SUPER both feature 8GB GDDR6 memory, but the latter was the only Turing model to have 15.5 Gbps modules. Meanwhile, the RTX 3060 Ti will stick to 14 Gbps. The graphics card will also be a lot cheaper, expected to be under 400 USD, while the fastest SUPER GeForce from 2019 retailed at 699 USD.

The benchmark results were divided into three groups: rasterizing, ray tracing, and rendering. The RTX 3060 Ti wins with RTX 2080 SUPER in all scenarios, even in ray tracing, despite featuring a fewer number of RT cores than RTX 2080 SUPER (38 vs 48).

Unfortunately, NVIDIA has not yet confirmed the specifications of the graphics card. The company did however confirm that the RTX 3060 Ti will launch on December 2nd. 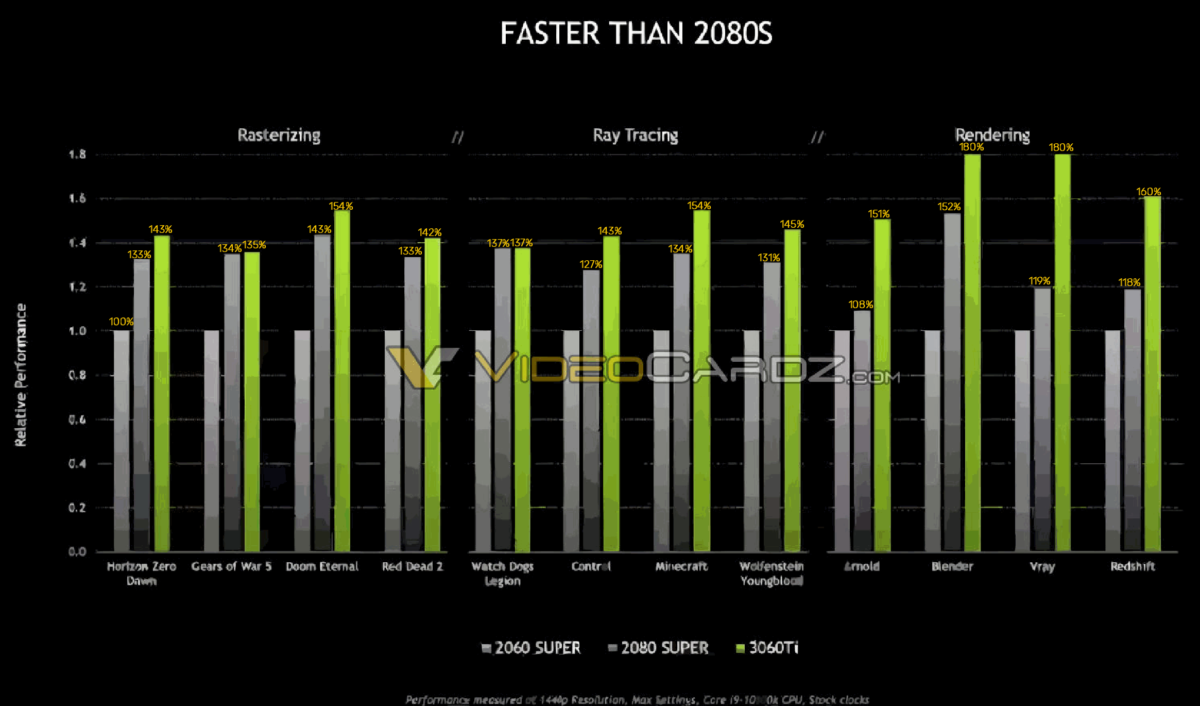 Additionally, we have the first RTX 3060 Ti arriving at the stores. The ASUS GeForce RTX 3060 Ti TUF is confirmed to be triple-fan design, the same cooler as RTX 3070 from the looks of it.