NVIDIA today confirmed that Cyberpunk 2077 will support RTX and DLSS technologies at launch. The announcement was not a surprise to anyone, in fact, Tom’s Hardware already comprehensively tested the DLSS and ray tracing in Cyberpunk 2077.

Unfortunately, the game that was used in that review was the prerelease version with DRM, a game that did not feature day-0 optimizations and bug fixes. Today Tom’s Hardware was requested to remove the slides from their review.

The new article posted by NVIDIA today did not have any performance charts for Cyberpunk 2077, but for the other 5 games that received the DLSS update, it did. With some ingenuity, we were able to find the missing chart, which appears to feature three graphics cards.

NVIDIA decided to share performance metrics for RTX 3090, RTX 3080, and last-gen flagship RTX 2080 Ti at Ultra Quality Preset with Ray Tracing set to Ultra. Each card has been tested with DLSS on and off. It seems that even according to NVIDIA, their 1,499 USD and 699 USD graphics cards are unable to meet the 60 FPS in this heavily promoted title.

With DLSS off, none of the graphics is even reaching 30 FPS, which is not exactly an experience that PC gamers are expecting. CD Projekt Red already confirmed that AMD Radeon RX 6000 graphics will support ray tracing in Cyberpunk 2077, just not at launch. Hopefully, though, the performance optimizations will allow high-end GPUs to reach higher framerate, even when DLSS is not enabled. 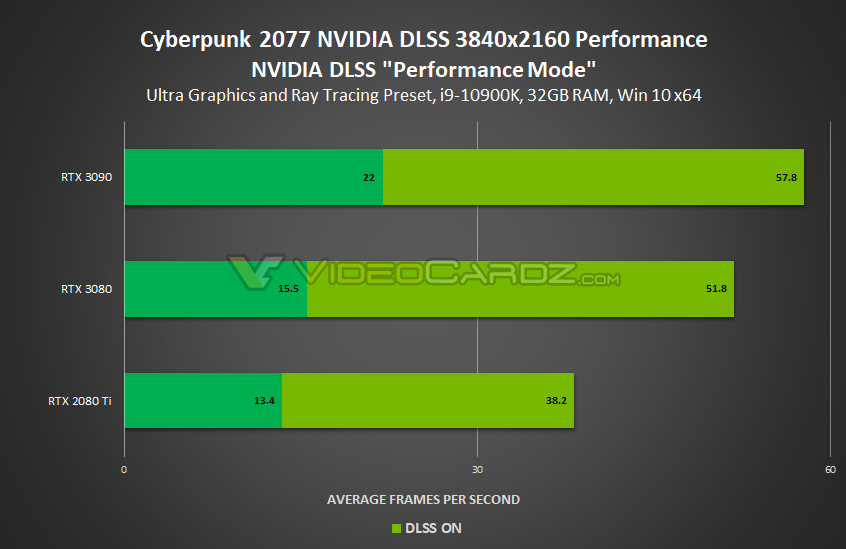 At 2560×1440 resolution, things are looking a bit better. NVIDIA added RTX 3070 and RTX 3060 TI to the test results. It appears that even with DLSS enabled, both cards are unable to offer 60 FPS with things set to Ultra. Do note that at 1440p resolution the game changes the DLSS profile from Performance to Quality. 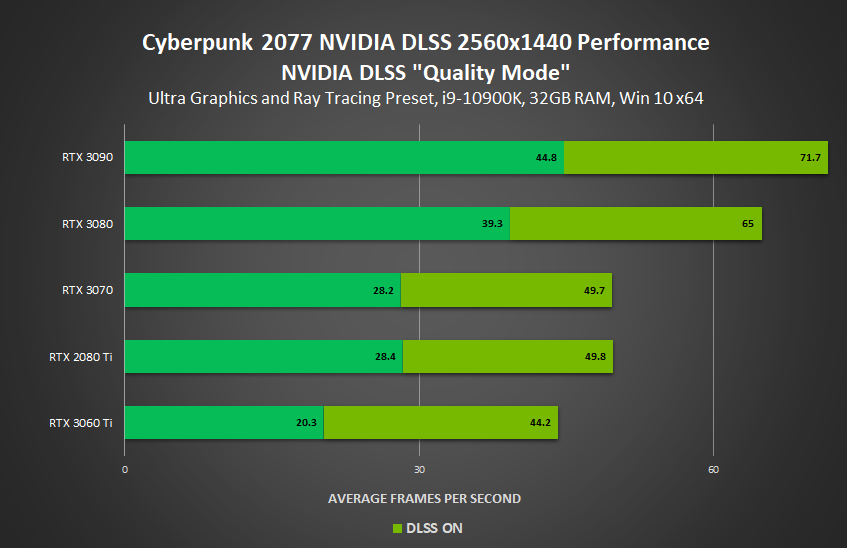 All graphics cards tested by NVIDIA at 1080p resolution will offer a 60 FPS experience with Ultra preset. Although, only the RTX 3090 is capable of delivering such a framerate without DLSS enabled. 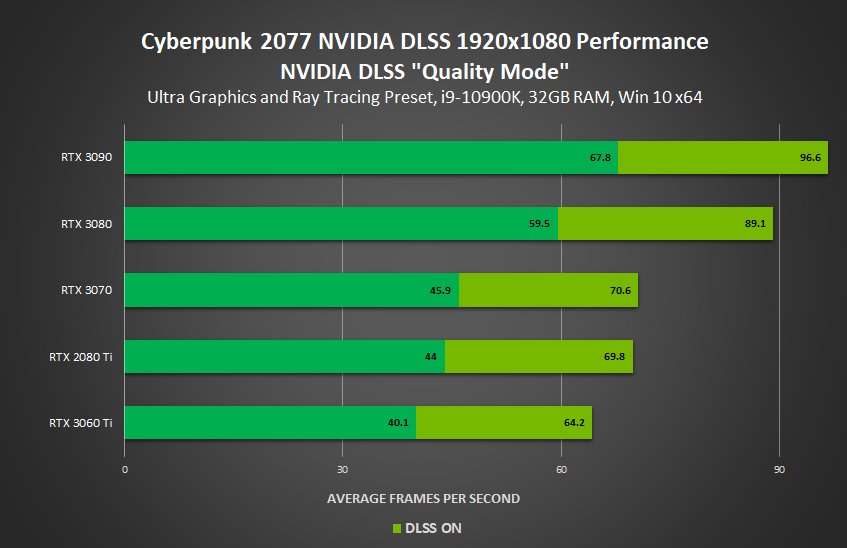