As discovered by our readers and members of the press, NVIDIA is no longer listing Founder Edition graphics cards in European stores.

We have checked every store and this indeed appears to be the case, with one exception. NVIDIA does not sell cards through its webstore in all EU countries, instead, the manufacturer relies on external stores. In some cases, NVIDIA offers both options, but despite the fact that the card is listed in the official webstore, the consumer is redirected to an external store regardless (example: USA and BestBuy).

Only on the Polish site, NVIDIA lists RTX 3090 Founders Edition, but the card is sold out. In all other EU webstores the card is not even listed, but external links are provided to retail partners. We have only checked a couple and none had Founders Edition listed.

The delisting of the Founders Edition might be a result of a very limited supply. NVIDIA has simply decided to remove the cards until more stock is available, however, it is unclear if the company has plans to relist the cards in their webstores.

The official NVIDIA webstore was in most cases the only way to buy GeForce RTX 30 graphics cards at MSRP. External partners usually only offer custom models at MSRP at launch (this is a requirement from NVIDIA from what we have heard). However, just days later the cards are either not in stock or offered at much higher prices. 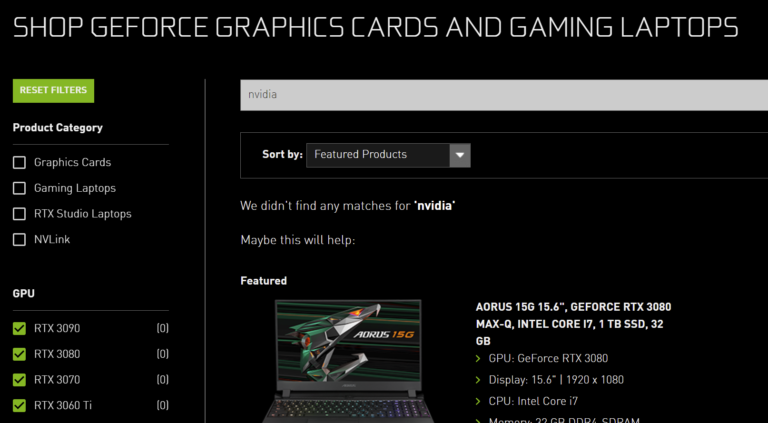 NVIDIA US webstore continues to be the only one listing all cards, although customers are redirected to BestBuy. 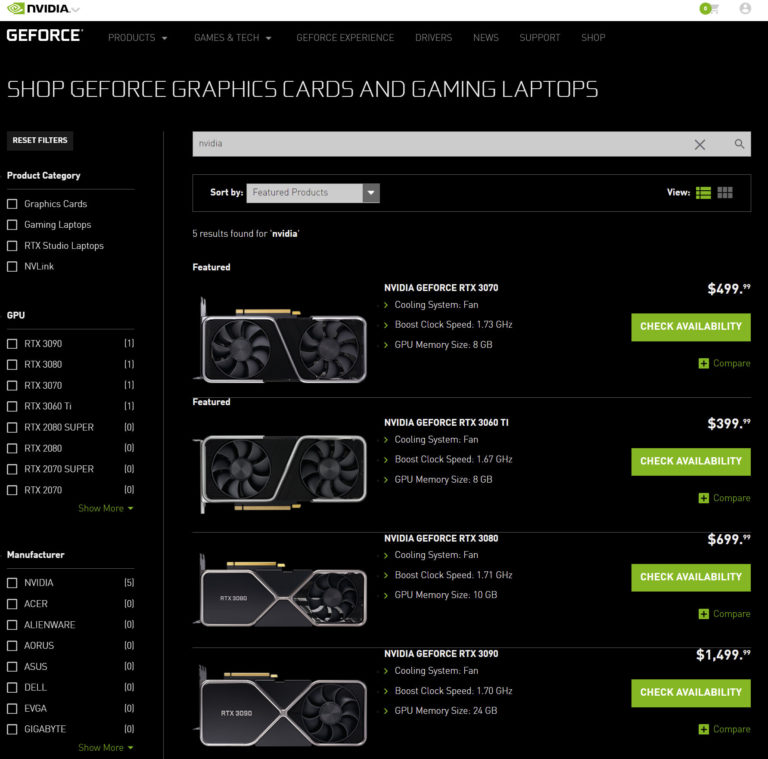 Update: According to Andreas Schilling, NVIDIA has confirmed that this is a technical error.

According to NVIDIA this is a technical error. The Founders Editions should be listed again soon. https://t.co/QnNgKqFjuu 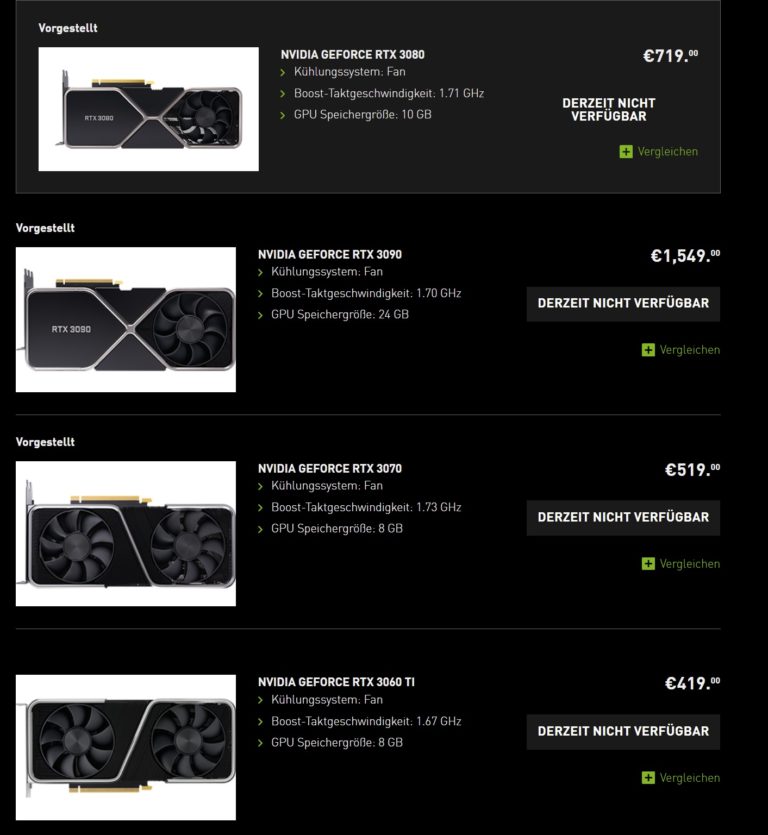