The render that leaks just hours ahead of the announcement confirms some key details on NVIDIA’s Hopper GH100 GPU. Such as the fact that GH100 is a large monolithic GPU with six Graphics Processing Clusters. In fact, we can also count a total of 144 Streaming Multiprocessors. As reported earlier today, one of the GPCs is different, because it also carries the render engine and supports graphics.

Furthermore, the chip supports up to 6 stacks of High-Bandwidth-Memory, unfortunately since the full specs are not yet available, we are not sure if all 6 stacks are used.

NVIDIA will be rolling out a number of products based on GH100 GPU, such an SXM based H100 card for DGX mainboard, a DGX H100 station and even a DGX H100 SuperPod. More importantly, NVIDIA is also announcing PCIe-based H100 model at the same time. 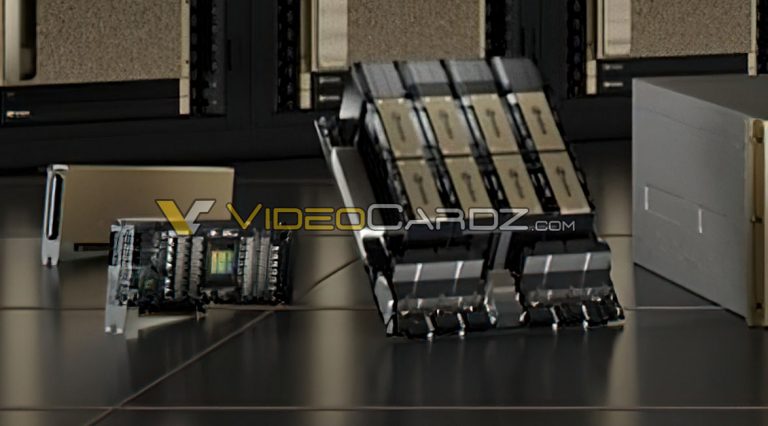 All products will be presented tomorrow by NVIDIA CEO Jensen Huang during a special GTC 2022 opening keynote.