It is a fact that GPU prices have rapidly declined in the last few months. It is also true that not all regions were affected just as quickly as the US market. Of course, we are well aware of this fact, and we do our best to convince GPU makers to finally start selling their cards at lower prices.

Customers might be rightfully discouraged by sluggish GPU deals, and their focus should now be on next-gen GPUs. However, a significant number of gamers will be looking for RTX 30/RX6000 deals once AMD and NVIDIA switch to new series.

Therefore, it is good to report that NVIDIA is finally lowering prices on their Founders Edition in Europe. It is worth noting that not all cards are impacted, and even now, some models are still sold at inflated prices from January (which makes no sense whatsoever). 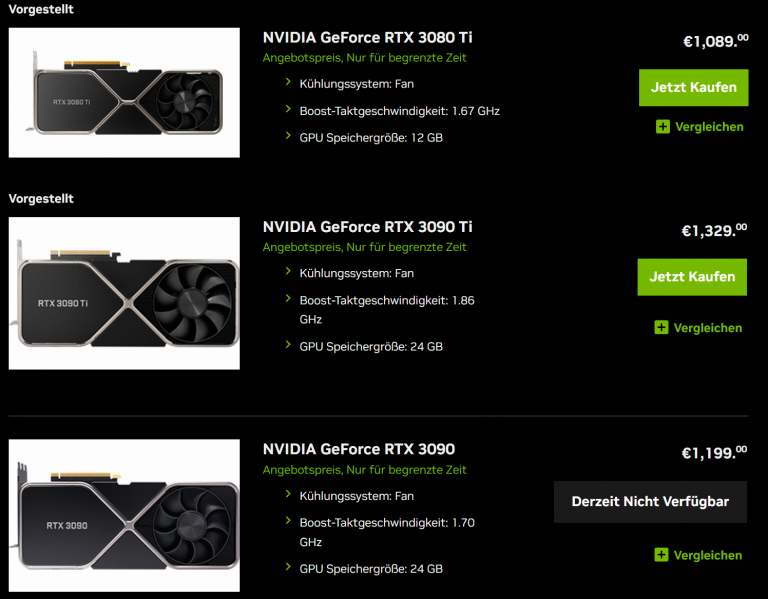 Some of our readers may still remember our last report on European reference card pricing from January this year. Back then, NVIDIA had quietly raised prices on their Founders Edition. Unfortunately, RTX 3080, RTX 3070 Ti, RTX 3070 and RTX 3060 Ti Founders Edition models are still sold at those higher prices (around 5% higher).

Is this a good time to buy Founders Edition? That’s up to customers to decide, but a brief look at Geizhals (EU price comparison tool) shows that these prices are more or less in line with custom model pricing in Europe.