While there is no trace of desktop RTX 3050 series, the least you can do is to grab a GA107-based laptop.

Today NVIDIA officially introduces its RTX 3050 series for laptops. There are two SKUs being launched at the same time as Intel launches its 11th Gen Core Tiger Lake-H series, which is today. The RTX 3050 series represent the entry-level segment, even slower RTX Ampere variants are not be expected. And speaking of RTX, these are also the first RTX branded XX50 models, which means that those SKUs support both ray tracing as well as tensor-based operations.

The GA107 GPU packs 2560 CUDA cores which is actually the configuration of RTX 3050 Ti Laptop GPU. This model has 80 Tensor cores and 20 RT Cores. A cut-down model called RTX 3050 Laptop GPU features 2048 CUDA Cores, 64 Tensors, and 16 RT Cores. Both models are equipped with 4GB of GDDR6 memory across a 128-bit interface. The TDP range for GA107 cards starts at 35W and goes all the way up to 80W, so 20W higher than the most power-constrained Max-Q variant of the RTX 3060 Mobile. In terms of clocks, those will vary depending on the Max-Q/P variant. The maximum boost clock of RTX 3050 Ti is 1695 MHz and RTX 3050 goes up to 1740 MHz. Those are  of course ofificall boost clocks, not ‘real-world’ clocks, which are usually higher.

NVIDIA RTX 30 Laptop GPU series will all support PCI Express Gen4 as well as HDMI 2.1 output. Both features are currently unavailable with AMD mobile RDNA2 GPUs, because… they are not here yet. The full RTX 30 mobile lineup now features five SKUs. The RTX 3050 based laptops should cost less than 999 USD (which was a suggested retail price for RTX 3060 based laptops). 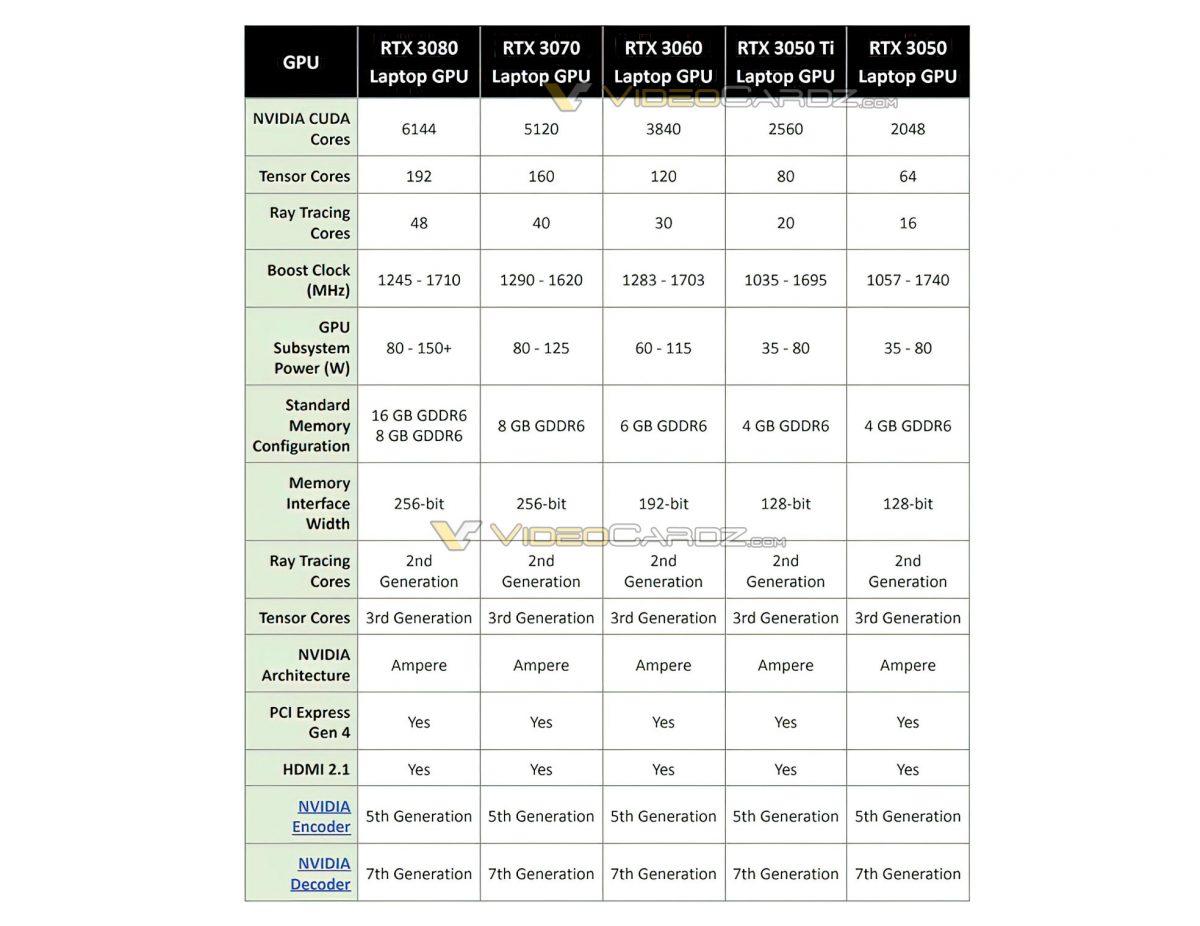 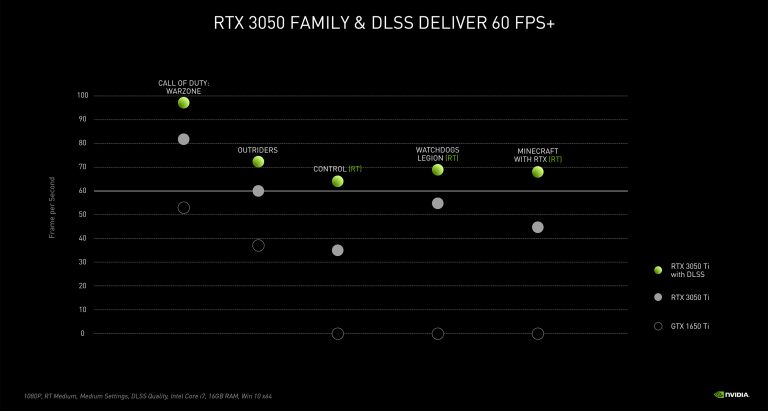