The official Siggraph YouTube channel has a live video scheduled for August 13th. The stream is titled ‘NVIDIA Jensen Huang special event’ without any other details. The interesting part is that Jensen has not been officially announced as a speaker for SIGGRAPH, which would make this event a surprise.

We do not expect any important announcements at SIGGRAPH, at least not those related to gaming hardware. However, Jensen is known for making surprising appearances with new graphics cards (like new TITANs), so anything is possible.

On August 20, NVIDIA will be hosting ‘GeForce Gaming Celebration’, where new GeForce 20 series are likely to be announced. 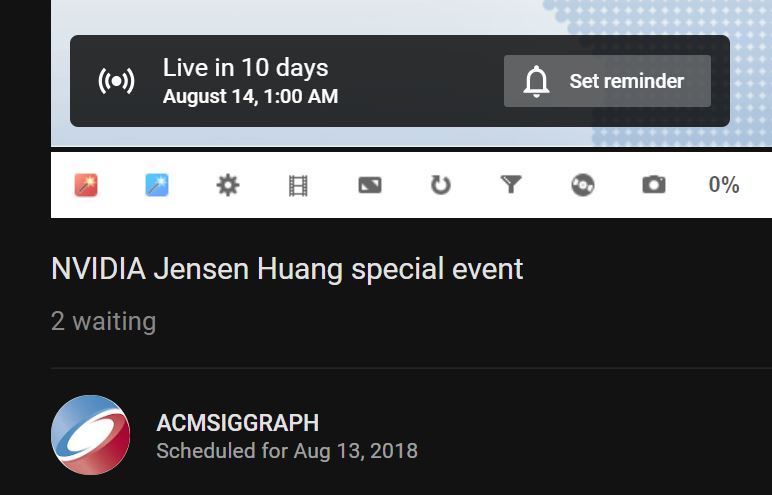